This entry was posted on 30th January, 2019 by Jacob Robinson 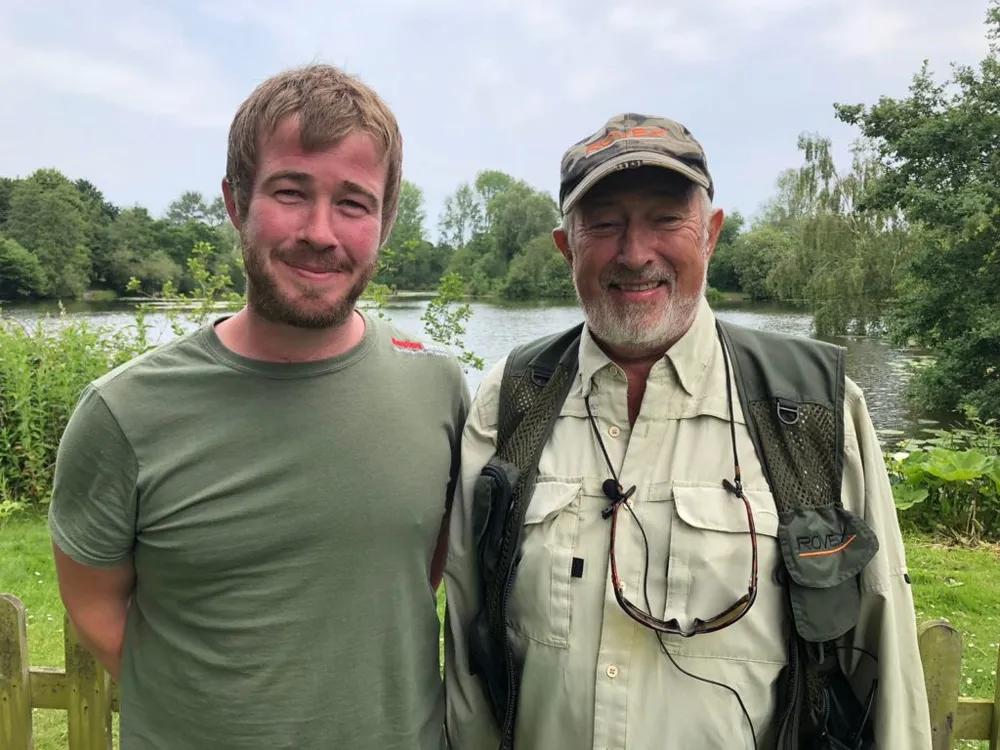 Much to Hassan's bewildered surprise, AD365 has reached its fifth episode! Covering everything from Christmas to cracking carp being added to the Angling Direct Crown Netherhall Fishery – 'scaley bangers' that are likely to become sought-after targets for local anglers; Hassan has hinted that he might even make the eight-hour round trip to fish Crown Netherhall himself.

Naturally, AD365 began with Hassan offering tribute to angling legend John Wilson, who passed away at the end of 2018. Over on our ADTV channel, you can see our last interview with John Wilson, when he returned to the UK from his home in Thailand in the summer of 2018.

Deals All Over, and Something Special 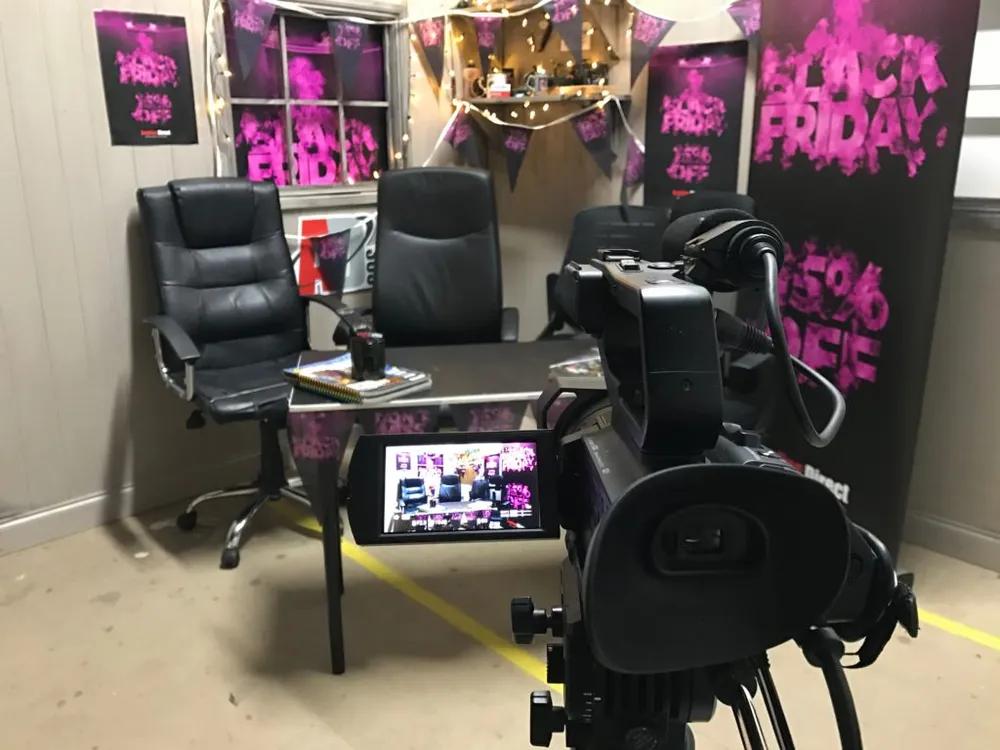 With this episode AD365 following hot on the heels of two major events in the retail calendar, Black Friday and Christmas, the impressive range of deals we had on offer throughout Black Friday, and then into Christmas, were recapped through a series of outtake videos, suggested by “Angling Direct's Ant & Dec” - Widget and Chris. From Hassan fluffing lines and pronunciation as he ran through the Black Friday deals, to a rather dark and brooding Santa losing the thread of his thoughts as he huddled under a bivvy, watching his rods, these outtakes give a behind Spthe scenes look at the life and times of Angling Direct. You'll be pleased to know that Santa delivered at that freezing lakeside, with a couple of cracking Christmas carp.

We've had the Dace Race, we've seen Hassan take on Widget in an angling match... the next logical step was a specimen challenge with Phil Spinks. Heading out to Rutland Water, and taking to boats to get amongst the zander that the fish finder clearly showed... our boys had, in Phil Spinks' words, “the worst day ever on Rutland.” They may have been out to land the longest zander, as measured by a trusty sewing basket staple, but, other than a few tiny youngsters, including Hassan's debut zander catch, no fish of the zander persuasion appeared! There were perch and bream, but barely a whisper of the target species.

Heading out to Wroxham Broads saw Widget taking on the cold, and putting jigging and dropshot tactics to the test, bringing up some striking perch.

Over on our ADTV YouTube channel, you can watch the first two videos in our masterclass series, which explore pellet fishing at Barford Lakes, and then head to Reepham fisheries to take a look at the possibilities of fishing maggots on the waggler. Subscribe to ADTV to ensure you never miss any of our range of videos, from tips and tricks, team challenges, and exploring the wider angling scene. 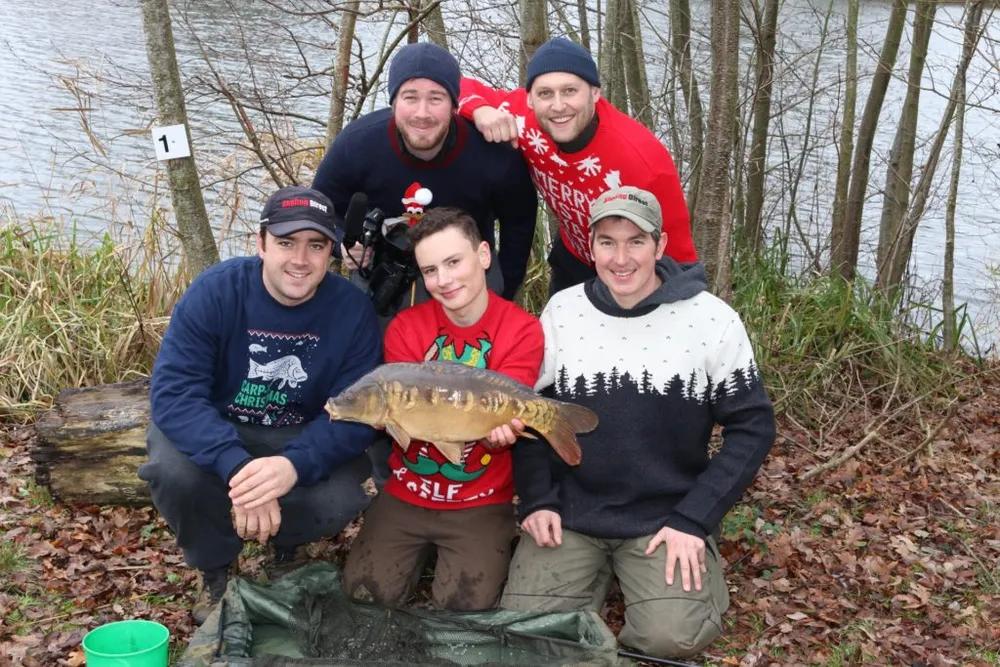 Winter can be a lean time for anglers, unless, like Phil Spinks and his young “apprentice”, Jack Fairweather, you're pursuing pike and other predators. With a 20lb pike, and a brace of perch that came close to 3lb each, we also took in the fish that couldn't be caught on Rutland Water, bringing in specimen zander as we filmed Phil Spinks' specimen series, taking a look at fishing with ledgered deadbaits.

One of the things that makes Angling Direct such a vibrant part of the angling scene is the relationships we have with anglers outside our immediate team.

This most recent episode of AD365 included the angling successes of Darryn Stolworthy and Justin Grapes, both regular contributors to our blog. Hats off, too, to Darryn, who was named Angling Times' Specimen Angler of the Year for 2018.

Hassan also introduced one of our feature videos, with Widget reaping the rewards of a casting coaching session courtesy of Terry Edmonds.

The video ended, as it had started, with a farewell; not, this time, to an angler, but to the bright little crucian who was one of the Angling Direct office tank fish, and who recently decided that swimming with a couple of big greys, in full sight of hard working staff, wasn't for him, and passed on to the great tank in the sky.