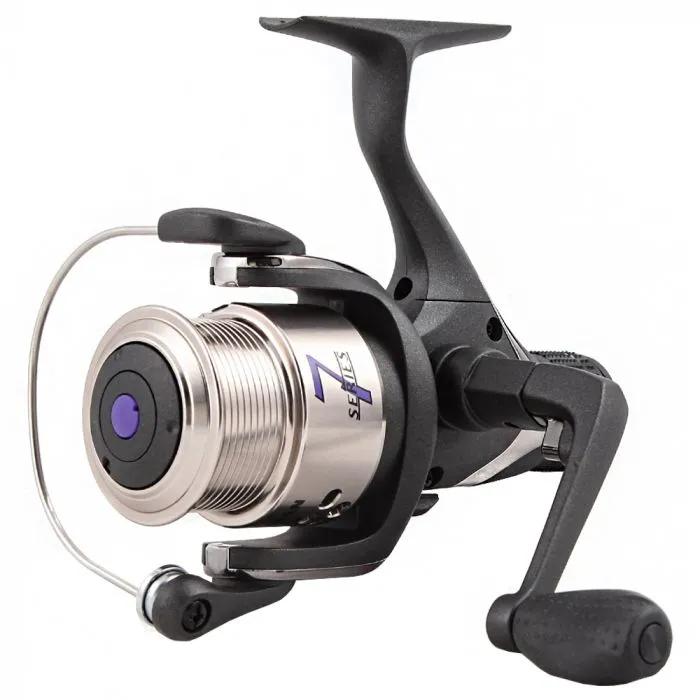 This item is currently out of stock.

The Float 9-30 forms part of the exceptional Series 7 collection from Drennan, which has been going from strength to strength in the angling community. The Series 7 features a range of tackle for the coarse and match angler, as well as the carp angler, and it prides itself on striking the perfect balance between high end features and an unbelievable price point. This rear drag float fishing reel has spent more than four years in product development as Drennan wanted to ensure they had created the perfect reel before releasing it to the waiting angling market.

The rear drag mechanism on this Float 9-30 is incredibly smooth thanks to the introduction of eight ball bearings, as well as one additional clutch bearing. The introduction of ball bearings to a reel has been one of the biggest product developments in reel history and it is rare to see so many ball bearings on a reel of this price. Ball bearings significantly reduce the friction between the moving parts of the reel, not only ensuring smoothness but also increasing the lifespan of the reel itself. The gear ratio is 5.2:1, making it ideal for all forms of float fishing.

The Float 9-30 comes supplied with one alloy spool of 39mm fitted on the reel, as well as two additional composite spools of 40mm and 41mm respectively. These additional spools make the reel incredibly versatile, allowing you to minutely adjust the set up of your reel to your angling style or the lay of the swim on the day. All the spools are able to hold 100m of float fishing line, between 2lb and 6lb, without the need for backing. This ensures that you can perfectly fill your spool, time after time. These spools are all fitted with rubber inserts on the front of the spool, indicating the line breaking strain you are using – a feature that many anglers have found incredibly useful. The spools also have an indentation point on them, which has been designed in order to neatly house the line knot. As a final feature, all the spools operate on a pushbutton mechanism. This makes swapping spools incredibly easy, enabling you to change up your setup on the bank without hassle.

If you’re filling the spool with monofilament line, Drennan recommends first soaking the line over night, as monofilament performs differently when wet. This removes the line’s coil and spring, asking the line limper and easier to manage. If you want your spool filled with nicely tensioned line, Drennan recommend passing it first through a soft and non-abrasive cloth (a dusting cloth will do nicely), as this applies pressure to the line as you fill the spool. If you want to fill the reel whilst minimising the risk of line twists, Drennan suggests either rotating the spool on a pencil or else face the line spool ay the front of the reel, making sure that the rotation occurs in the same direction.

As a nice additional feature the Drennan Float 9-30 is fitted with a quick fold handle. This is ideal for the angler who wants a compact setup and it also aids with the tight storage of gear. You will struggle to find another coarse fishing reel at this price point which has so many outstanding features. Drennan has been producing world class tackle since 1967, when Peter Drennan began making floats out of his mother’s garage. The business has ballooned since and expanded vastly from the first lines of terminal tackle to roll out of the brand’s first workshop.