This entry was posted on 10th November, 2016 by Jacob Robinson 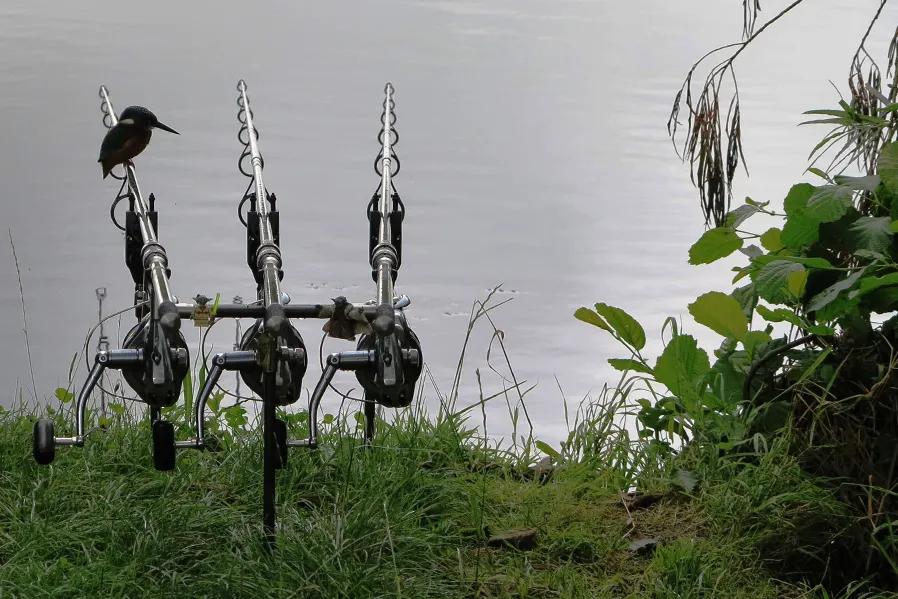 Since I last wrote in August, I have been managing a take or two most weeks, with 10 carp landed ranging from 25lbs to just over 30lb. The pick of the captures for me was a dark 27lb mirror, caught off the surface when we had the last of the warm weather. There was a blank thrown in there to keep me on my toes, too, but that brings us up-to-date to the end of September

I usually try to have the first or second week of October off and last year’s week ended with two blank sessions, with a loss my only action in six days worth of angling. I was hoping that this year’s week off would be more productive!

I arrived at my syndicate at the usual time, in the early afternoon. With four others already on it narrowed the swim choice down, which made swim selection very easy – back in the productive swim it was! I put the rods out to the productive spots and baited with the usual crave/pellet particle combination. My hook baits were 12mm Crave pop-ups on short chods, as well as a 10mm snowman on a KD rig.

Friday night saw fish showing the other side of the lake and, with no option to move over there, I watched them roll and fizz up, hoping they would move over my way during the night. Unfortunately, come Saturday morning I’d not had a single beep out of the receiver and the carp were still showing where they had been the previous evening. I had a couple of brews and some breakfast but, with no anglers leaving or moving, I was staying put. Key bite time over previous weeks had been 10am till 2pm, but with nothing showing in front of me I was taken aback slightly when the left hand indicator pulled up tight to the rod blank against the locked up clutch! From the off I knew it was a good fish, staying deep and slowly plodding with a very healthy curve in my Torrix TE. It stayed deep for a good ten minutes before tiring little and letting me gain some advantage and a rather large mirror came into view. Seeing the scale pattern on the flanks I had a feeling it was one of half a dozen carp on the wanted list and eased the clutch down a couple of notches. After a couple more short runs it went straight into the net, I was under no doubts now that it was a fish called the Peach – and at 40lb10oz she certainly was! 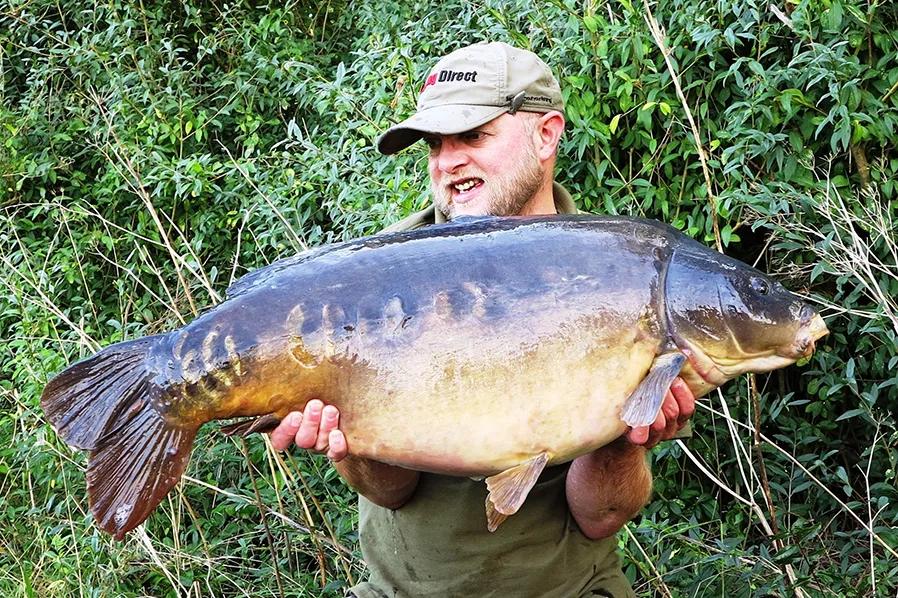 With the photos done and Her Peachiness safely returned, I got the rod back on the spot with a dozen spombs of mix over the top of a fresh KD rig and 10mm snowman hook bait.

The forecast rain arrived at midday and half an hour later the same rod produced a lovely clean 28lb mirror that I hadn’t seen photos of before. I put out a fresh rig, another 12 spombs of mix, and I changed into some dry clothes.

The rain continued to fall. I’d still not seen a show in the area but, with two fish netted, I really wasn’t bothered and had a little siesta. I was woken at 2.30 pm with a take on the middle rod, which was just off of the point of the island. Usually I am able to walk back a couple of yards and the fish will be lead in but this carp was having none of it and kited left on a tight line to the point where something was going to give. I had no option but to let the fish have some line off the clutch and 60 yards down the left hand margin I managed to stop it and turn it back towards me. Something didn’t feel right, though, as I dipped the rod tip below the surface and leaning out I could see my mainline was over a branch of a willow tree, 20 yards down. I tried flicking the rod tip to get the line off but the offending willow tree branch was just waving back at me! I managed to get the carp to 10 yards behind the tree and was going through the motions in my head of what I could do to get out of the situation when the carp headed for open water and the line pinged off the branch, result! It was another big fish, of that I had no doubt, and it was soon lying in the bottom of my landing net. I was sure it was a repeat of Brushstrokes, but as it looked big I decided to weigh it anyway. It was Brushstrokes and, at 42lb 9oz, my 6th UK 40+ carp. 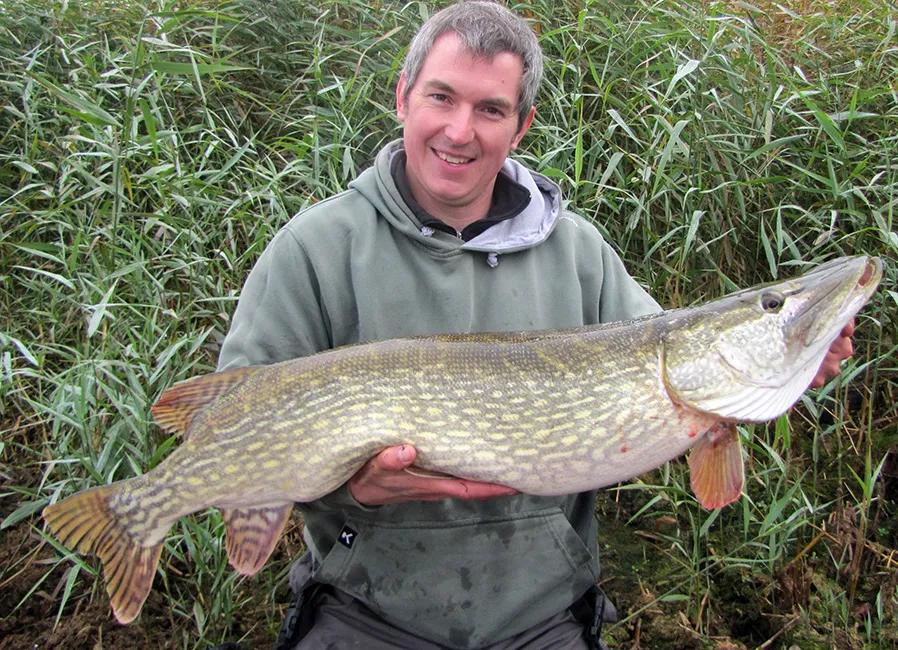 I sorted a fresh rig and another 12 spombs of Crave mix over the top, and sat back with a brew a large smile on my face. I wasn’t expecting anymore action, not at night, and I had just dozed off around 10pm when the middle rod locked up tight. It was a case of coat on, as it was lashing it down with rain, and, thank goodness, no tree drama this time around. It stayed out in front and wasn’t kiting like Brushstrokes, instead it was staying deep and felt like another good carp. It had a few short, slow, powerful runs before tiring and letting me lead it to the net. It looked a good upper 30lb mirror and I let it rest in the net whilst I sorted out the mat and camera. Once unhooked I was unsure of which carp it was until I removed the net and saw the damaged bottom lobe of its tail; Cut Tail, a 38lb 5oz and another one crossed of my little list! Self takes in the dark aren’t the easiest let alone in the rain, but I did my best. I set up the tripod on the shelter of the bivvy and positioned the RidgeMonkey bivvy light just above it, allowing me to get some decent shots considering the circumstances. That was the last of the action on that session and I packed away a very happy Birthday boy! 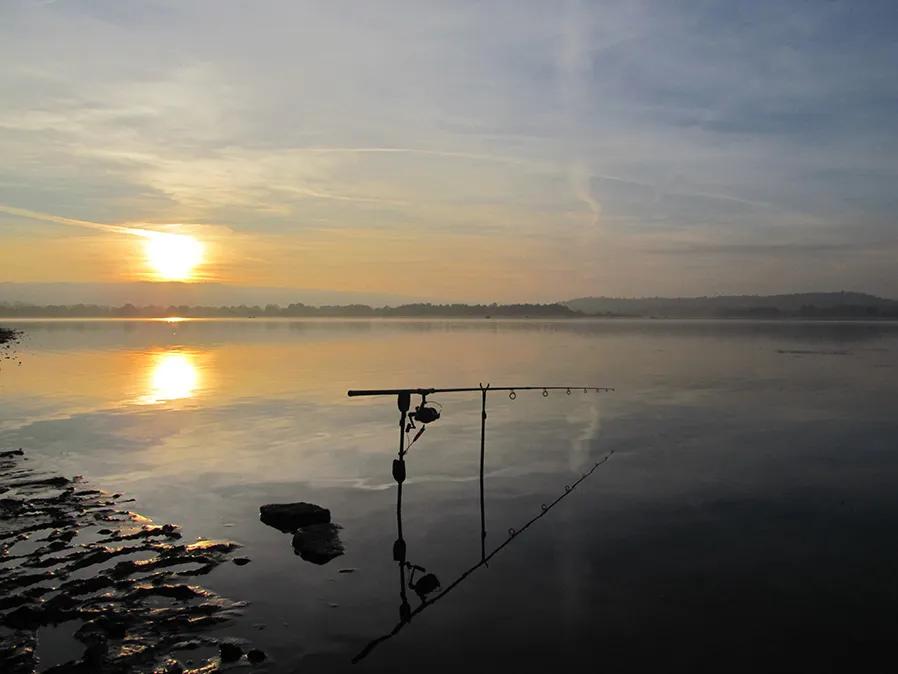 I returned Wednesday afternoon and opted for a different area of the lake with a couple of other anglers on till the next day and the view of a move if nothing occurred. I was on the move at first light, opposite to where I was with a couple of fish showing. I got set up and dropped single hookbaits in on a couple with a small PVA bag on the right hand rod. I fished all three 30-40 yards out with a decent “donk” on touch down. Midday and the PVA bag rod produced a bite, a hard fighting zip linear of around 28lb and, as I already had decent photos of this carp, I unhooked it and let it recover in the net before letting it go on its way. Nothing more happened until Saturday when the middle rod received a savage take at 10am, the result was a very clean looking mirror of 32lb 10oz. That was the last of the action for the session - in fact that was my last bite and I’m now on four blank trips on the bounce! As they say, you can’t catch every time otherwise it would be called catching, not fishing!

Until next time, be lucky (or not so lucky) like me! 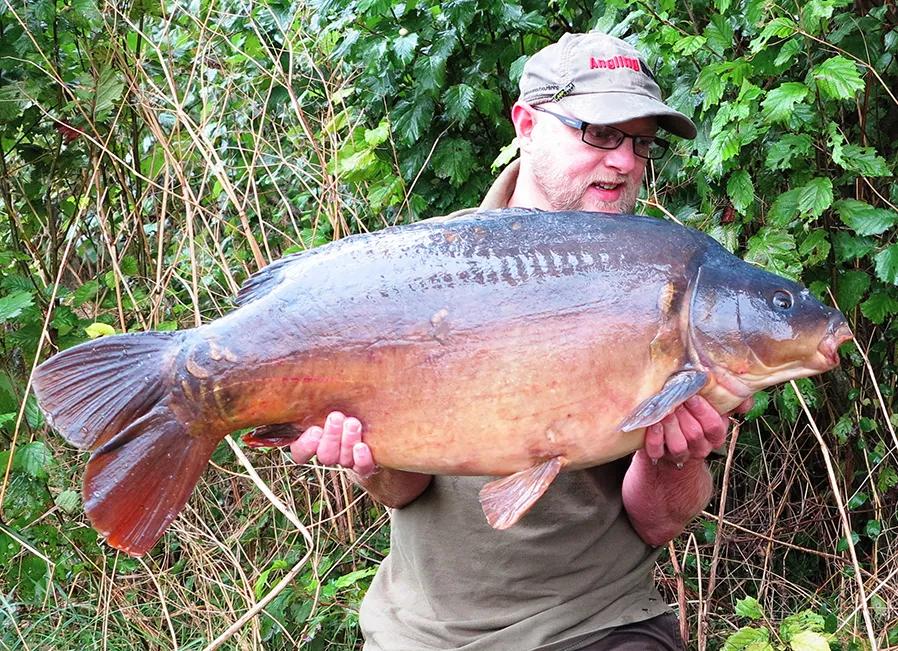