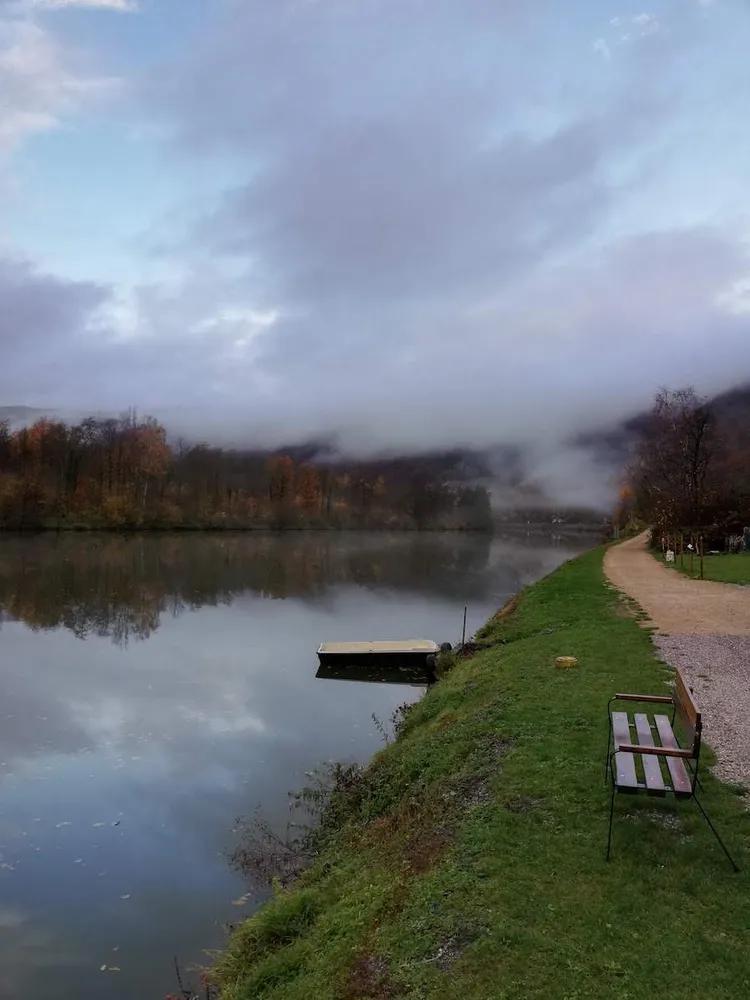 As anglers we always seem to have an obsession with the weather, but no other single factor has more of an effect on our fishing. I know many anglers who also believe the moon phase plays a major part; I am not sure, but I have had some great fishing around the new moon period and struggled around the full moon. I don't let the phase of the moon stop me fishing, but I do take notice of the weather, and if it's wrong I will call off a fishing trip. The biggest single factor for me is definitely high air pressure, fishing can be at its worst during periods of continued high pressure, therefore for best results I try to avoid high pressure. Give me a low pressure south westerly blow and plenty of rain and it's time to run to the river.

The fishing has continued to be productive over the last few weeks despite some extremes of weather; we woke up a couple of weeks ago to a good dusting of snow and biting cold easterly winds, a few days later it was back to mid teens and mild south westerly winds, which in turn brought some much needed rain and had the fish feeding well. 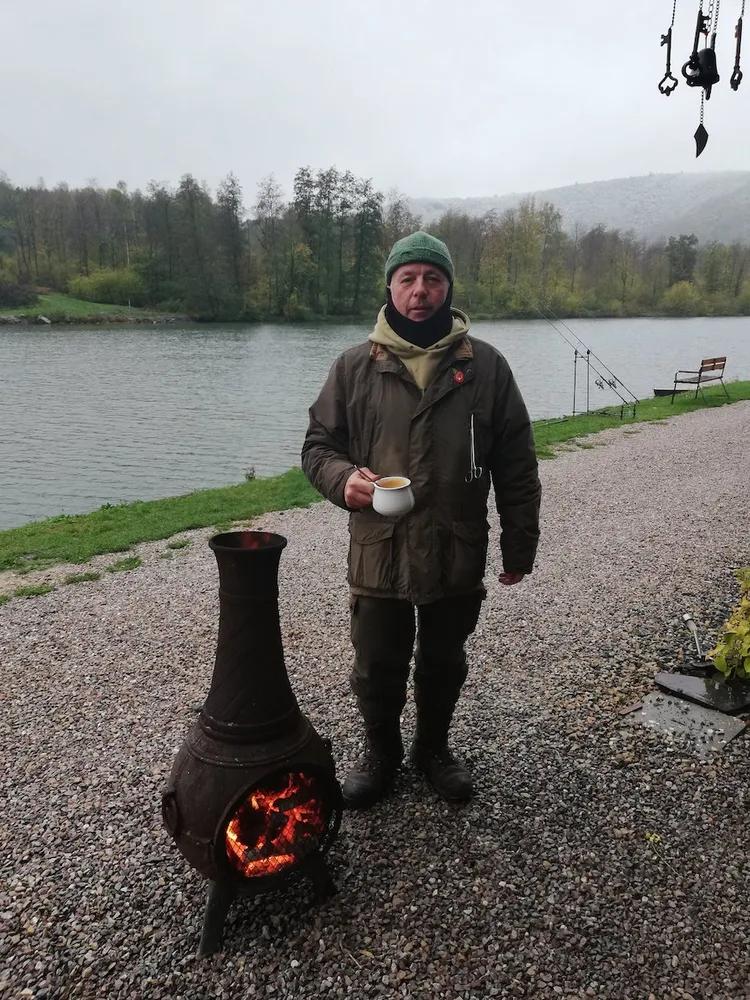 Three good friends from Norwich Jim, Jim and Christian joined us for a few days and had some decent fishing with barbel, chub and bream. That was until the weather brought in the snow and biting wind. We had a back up plan in the shape of a log fire on the river bank and plenty of hot soup and coffee. Within a few hours the cold snap had passed and being a big river the effect of the cold had a minimal impact and the next day they were out catching again. I am not sure the wood fire idea will catch on, but there have been plenty of times I wish I had one with me. I can remember being bivvied up on the Trent a few years ago and even my drinking water froze; I had to thaw it out before I could make a hot brew. I also remember catching a new river P.B. barbel that day. 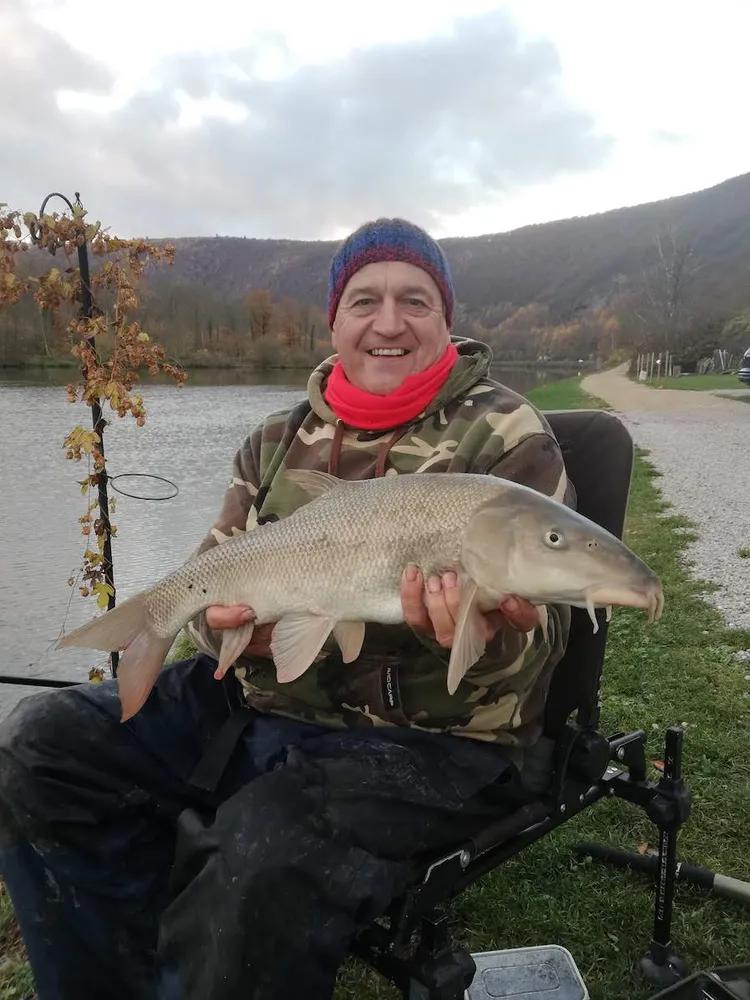 My barbel every month challenge was soon fulfilled last month with a six pounder early in the month, that's the 22nd consecutive month I have landed a barbel from my home river. Hopefully I will get enough windows of opportunity with the weather in the next few months to keep the challenge going into next summer and beyond. Once I had managed my monthly barbel fix I decided to fish for some of the big roach that can be caught from outside my house; we have had roach over 2lb so they are well worth the effort. I would prefer to fish with the float, but we have had so little rain the river has little flow and presentation is difficult. I therefore settled for simple groundbait feeder tactics with maggot on the hook. One of the problems is the roach need a lightish approach which can prove a disaster if a bigger fish is hooked, so it's a matter of trying to strike a balance, by fishing a softer through action rod I can get away with a lighter hook-link. The milder weather and a bit of rain gave perfect conditions for the silver fish to feed and I had four afternoons of great fishing, some nice mixed bags, roach and bream small chub some decent barbel and even a near double carp, all taken on maggot with a few dead red maggots in the mix.

By getting he balance right I out witted some decent roach, the best close to 2lb with a fair few over the pound mark, but I also hooked and landed some decent barbel, great sport on the lighter gear. The last few days have seen the fishing turn much harder, we have had no rain of note for weeks with higher pressure and night frosts the fish just aren't playing ball, hopefully the chub will be hungry when I next have a go, I must get the pike rods out as well and see if I can tempt a pike or zander. 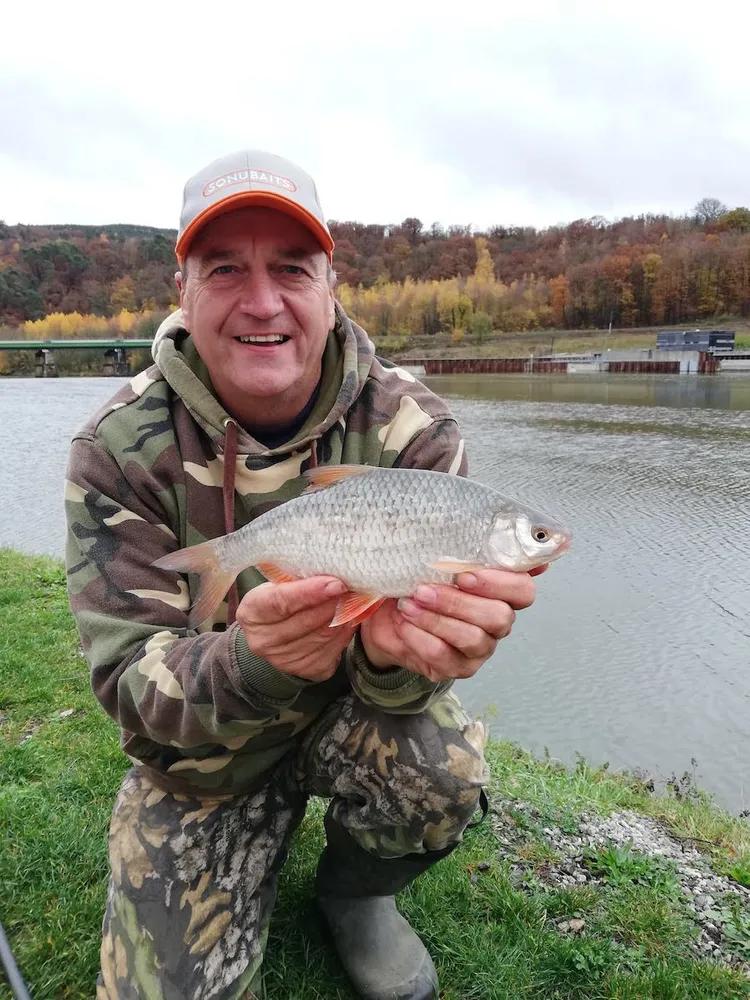 I can't finish this update without mention the sad loss of a true angling legend and friend, John Wilson. I was lucky enough to know John not just as an angling great but as a friend. I can remember in my younger days the first time he beckoned me into his shop in Norwich and shook hands and chatted fishing, I had never met the man before but from that point on our friendship developed. The programme he made, Weir Pool Magic, seen by many as his best ever, was certainly my favourite; filmed on the Wensum it inspired me to catch a Wensum barbel and little did I know then I would go on to catch some huge fish from that very weir pool.

John's predictions on the future problems we face as anglers were twenty years ahead of others, he told us all many years ago both in print and on TV the problems we would face in the future if we didn't act; it's a pity more didn't listen. I watched TV in total awe when John went to India in search of mahseer, I was lucky enough to go to India three times and to land several hundred mahseer, thanks to John's advice and enthusiasm I landed some fantastic fish.

The Indian guides that knew John called him the best fisherman in the world, they held John in the highest regard, as did many. Luckily I was invited to John's farewell party when he left to move to Thailand. I was very surprised he mentioned me in person during his speech, calling me a pioneering barbel angler and making mention of my adventures into Europe in search of barbel, I felt very honoured to say the least.

Three facts about John that not everyone knows: 1 He trained as a ladies' hairdresser 2 He could tie a hook behind his back and fish with it. 3 He was a pretty good karaoke singer John; thanks for all you gave to angling, without doubt the world's greatest fisherman. 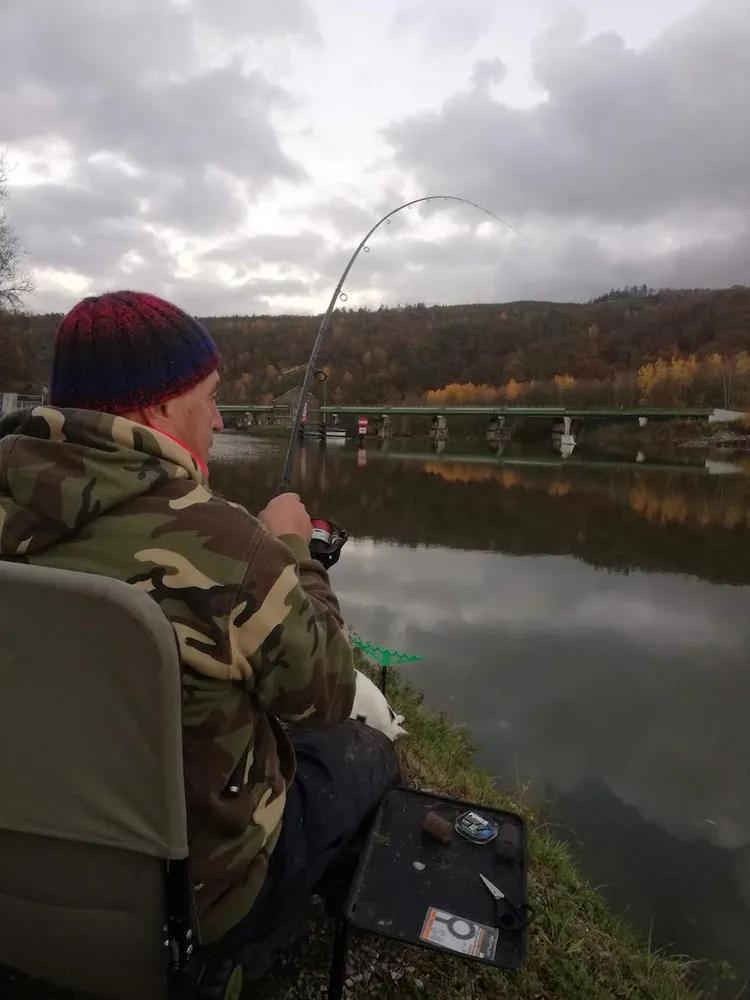