This entry was posted on 1st July, 2016 by Jacob Robinson 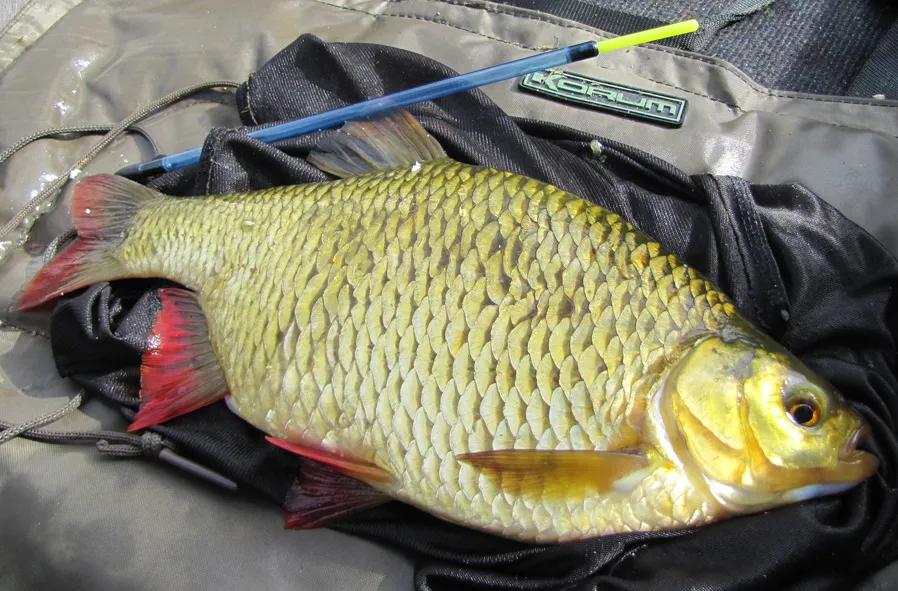 Team AD member Phil Spinks is here to fill us in with his latest reports from his most recent trips to the water. The first of these celebrates the end of the closed rivers with Phil’s first rudd of the season. The second trip takes us out off the North Norfolk coastline for Phil’s first encounter with a tope, as well as some hairy high waters that threaten his return to dry land!

Lucky for me, June 16th fell on a Thursday, which is my day off from working in the Beccles shop. I planned an early morning start for a day’s rudd fishing in Cambridge with my good friend Jason and Bentley, the fishing dog. The boat had been taxed and the excitement of the first day of the season had definitely kicked in – we were ready to go.

One aspect of rudd fishing I like is the fact you don't require a mountain of gear. All you need is your rucksack, net, rod, and plenty of bread!

Once we had launched the boat we had a short journey down river to an area that had been kind to us on previous trips. A combination of feeding floating crust and standing up on the front of the boat with decent polarised glasses on soon revealed a few large rudd – some of which were already erupting on the surface taking the bread crusts we had scattered in the likely looking area. 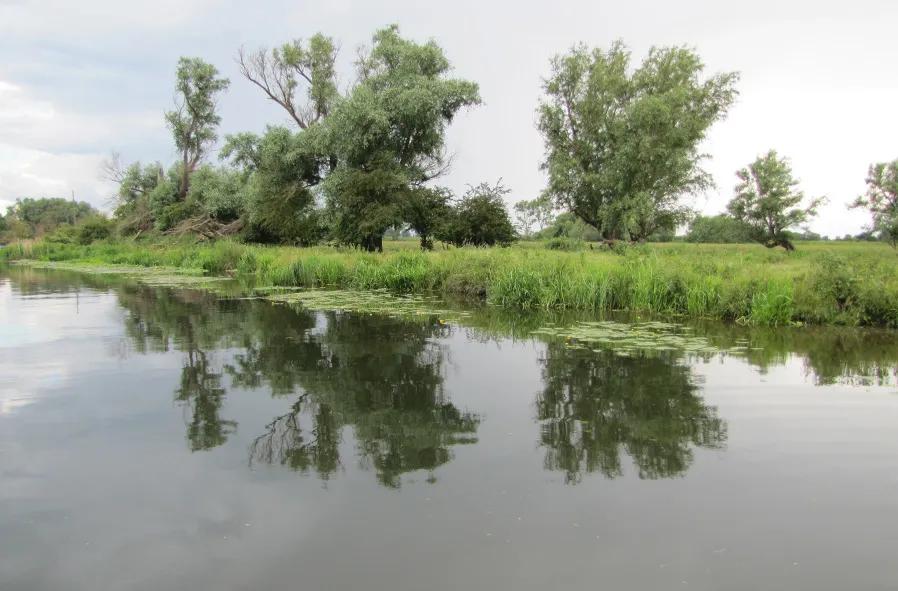 There are several factors that make this style of fishing challenging – the bird life being the main pain. Swans, ducks, seagulls, coots, moorhens – you name it, they all love bread. The key is to try any feed little and often when the birds aren't looking. Despite this, time after time I've had chances spoilt when groups of birds gate crash my swim making it almost impossible to fish.

But despite the bird life there are always chances to be had. My set up is simple: 13 foot fast action float rod coupled with 4lb line, a large self weighted waggler float attached to a float adaptor with no weight between the float and hook, and a size 10 hook that I concealed inside a piece of floating crust about the size of a 50p. Unbelievably within 30 seconds of my first cast of the season there was a large swirl on the surface where my bread crust once was and the float disappeared. My swift strike was met with a nice heavy resistance and I was soon looking at my first 2lb plus rudd of the season.

My next two trots through the swim where equally as productive and I followed up with a 1lb 15oz and another fish of exactly 2lb. Feeling slightly chuffed with my efforts I decided to sit down for a drink and spot of breakfast, and to let boat partner Jason catch a couple! Throughout the morning we found a few different shoals of rudd and caught several fish over 1lb 10oz before motoring back up river in the now heavy rain to hide in the riverside pub for a late lunch and a cold cider to celebrate a successful start to the river season. Although we had planned to stay late, as the fishing generally picks up later in the day, heavy thunderstorms had us throwing the towel in early. With six 2lb plus rudd between us and numbers of upper 1's we were more than happy. 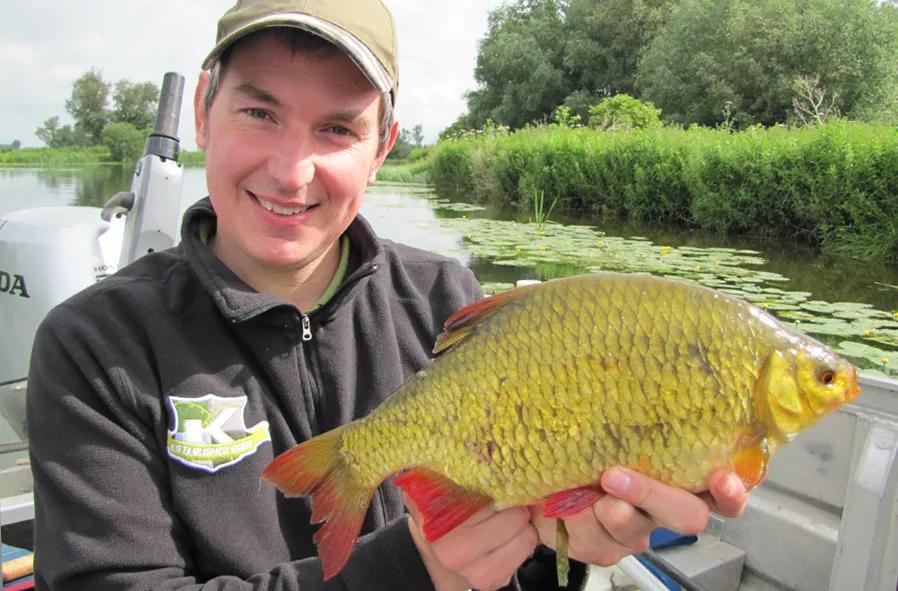 The following trip out for Jason and I was something completely different. We had studied weather forecasts and tides and made our way towards north Norfolk with the boat in tow to hopefully find some tope. This is something I had never done before and, although the thought of catching one of these hard fighting fish was exciting, I must admit I was slightly anxious about my sea legs in Jason’s 16 foot boat.

We made our way to a spot that had been kind to Jason in the past and, although the sea was much more bumpy that expected, we soon had the boat in position. We cast three rods down tide, all of which were baited with chunks of mackerel. We had decided to take turns on any bites that might occur. After about an hour the wind had picked up slightly and the boat was rocking causing the multipliers to give the occasional burst of clicks making me jump in my seat. Jason had kindly given me first dibs on the rods as I'd never caught a tope before.

I noticed one of the rod tips tap a few times out of sync with the rocking of the boat. As I wobbled my way towards the rod the reel started clicking and it was clear that we had our first enquiry. I wound down until I felt a solid resistance on the other end and, after a firm strike, I was attached to my first tope. I was not disappointed with the fight, especially in the strong tide, and it was an awesome sight seeing the tope twisting under the surface next to the boat. Once we lifted the fish into the boat the fight didn't stop there – they are such strong fish and are almost eel like with unbelievable strength. Weighing in around the mid 20’s it wasn’t a huge by tope any standards, but I was more than. 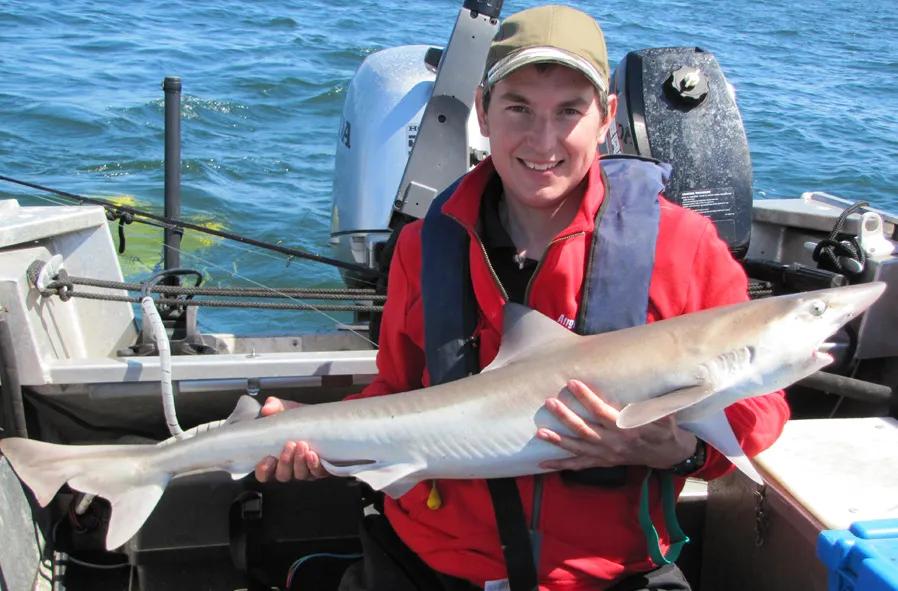 Shortly after my success it was Jason’s turn and he soon had a tope of a similar size wrestling me in the bottom of the boat. By now the weather had become very unpleasant and we decided to retreat back towards the harbour. The journey that had taken us about 30 minutes in the morning took over two hours as the sea had now become very rough. Taking things steady, and exchanging several worried looks at each other, we eventually had land in sight! Both of us were soaked through from the waves crashing into the boat and Jason described the journey as a ‘brown trouser ride’. 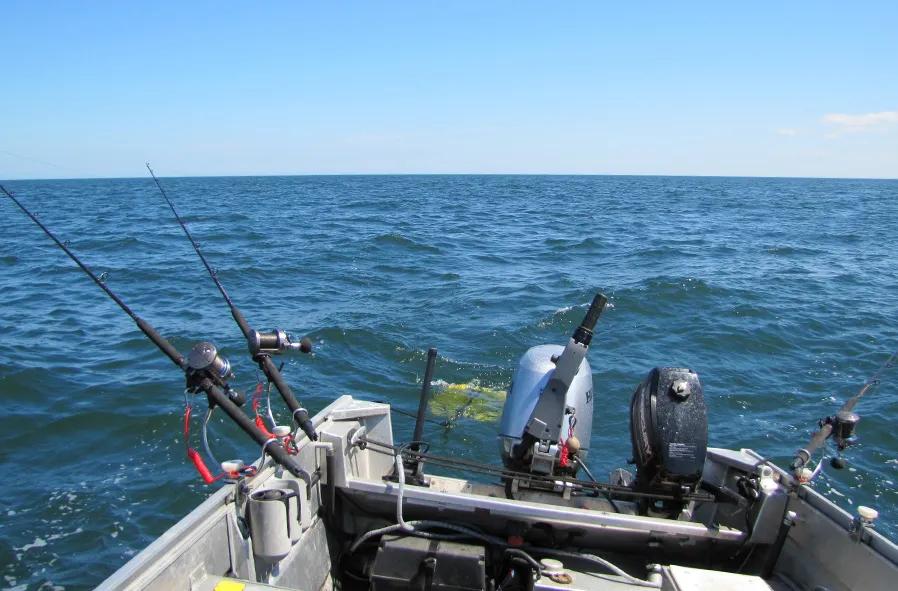 We were unable to recover the boat until high tide later in the evening and we had to shelter in lea of some headland about a mile from the harbour with only bite to eat and a three hour game of ‘I spy’ to past the time. About an hour before high tide the wind settled down and we bounced a few mackerel feathers around on our way back to the harbour. There were very few signs of mackerel although I did manage to catch one, which was another first for me.

As we approached the harbour the sea looked amazing, hordes of tiny jellyfish where bobbing past the boat and as the sun set over the now flat sea it was a brilliant end to a rather adventurous day. I was chuffed to bits to have caught my first tope, not to have thrown up, and very happy to be on terra firma once again! 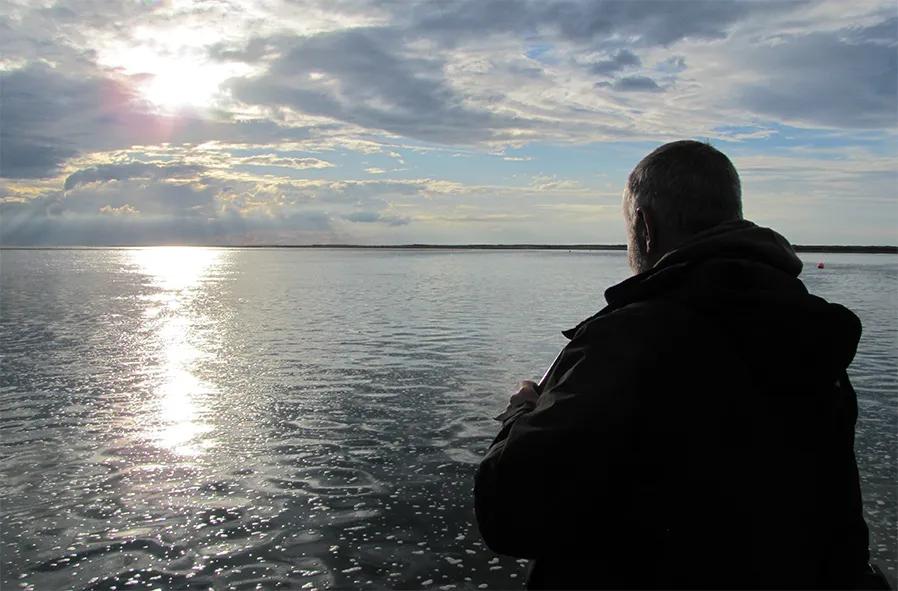