This entry was posted on 24th June, 2015 by Jacob Robinson 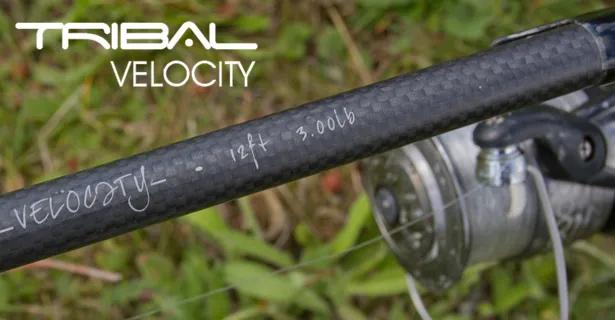 First Thoughts The Shimano Tribal Velocity has been a bit of a favourite in the TC office, with its combination of looks, performance and price tag. In this price range it offers just about everything you could ask of a carp rod, with crisp but not-too-stiff actions throughout the range, and a modern appearance with understated graphics, a slim handle and decent fittings throughout.

Along the extremely slim blank, the triple-leg guides offer strength and consistency, albeit at the expense of a little added weight. That said, this weight increase is so minimal that even the most accomplished of casters would struggle to feel it. The likes of you and I will see no difference whatsoever, but will appreciate the strength and longevity of such guides.

There used to be a huge number of models available, but Shimano has rightly streamlined it to the ones that we carp anglers want. The 12ft 2.75lb, 3lb and 3.25lb rods offer versatility, while the casters are catered for with the 13ft 3.5lb version. These all boast 50mm butt rings, as does the 13ft 3lb version, which I personally don't think the range needs, not in the UK at least.

Used & Abused Over the last few weeks I've been putting a set of the 12ft 3.25lb Shimano Tribal Velocity rods through their paces. On first glances they look very nice, they feature a very slim blank which is discreetly finished with a shrink wrapped handle and stainless but cap. Ringing is a 50mm butt to a 16mm anti frap tip ring.

A nice additional touch to the rods, is the rod retention ridge just behind the reel seat, this keeps the rod securely in the rests on the take, which for me is essential as I tend to fish locked up on very tight clutches.

The rods have a very nice progressive action with plenty of power in the butt section, producing a smooth and accurate casting action with 100 yards plus easily achievable, although I haven't really wound them up  I have been hitting 70 yards with 20lb fluorocarbon mainline very effortlessly.

The velocity's action is a joy to play fish on,  from stopping a fish going for weed or snags to playing a fish under the tip, the action gives you control over a carp on a on long powerful run yet remains soft enough not to cause hook pulls under the tip.

I've been lucky enough to lad a good string of fish on these rods over the last few weeks, not only do they perform very well they also look the part too, but one of the best things about these rods is the price as the 12ft models will be available on promotion for the next few months for under £70 each or £200 for a set of three, which is an absolute bargain in my book! 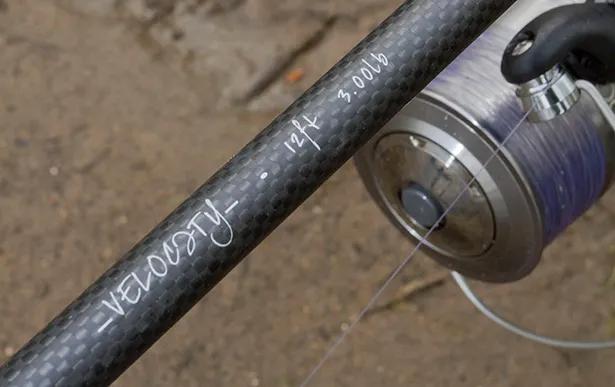