What A Week - Andy Flint

This entry was posted on 1st September, 2017 by Jacob Robinson 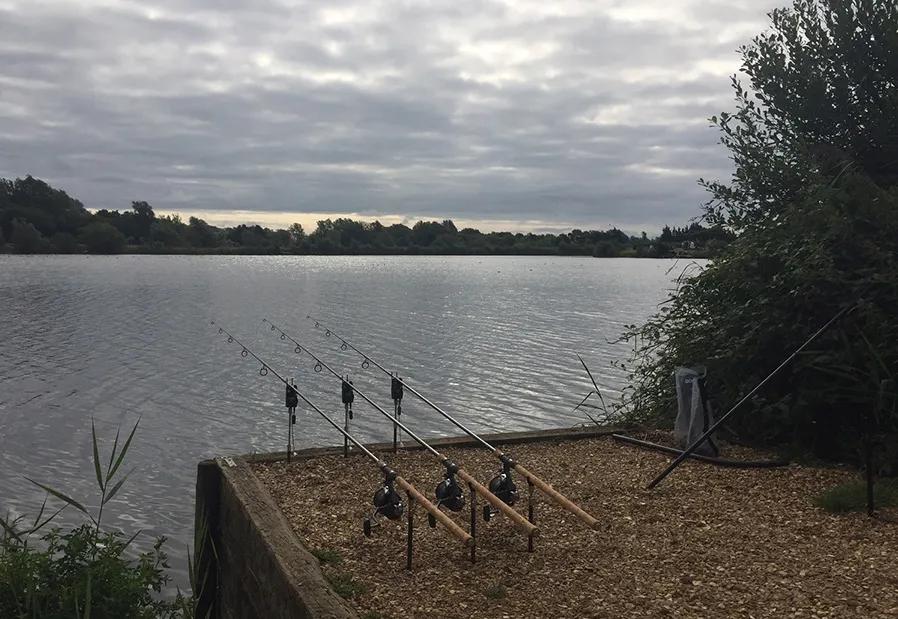 After a successful visit to Holme Fen Fishery in Cambridge last year, we decided to book the Meadows lake exclusively for a week this year. This meant we had the place to ourselves from Monday 22nd August to the following Sunday. The party consisted of myself, Colin Adams, Nigel Rix, Chris Rix, Richard Syrett and Jonathan Chapman from Norwich, meeting Alistair Rumbelow at Huntingdon Little Chef for breakfast and Ray Hockley at the venue.

After arriving at the lake, we had a quick walk round, sorted our bait with Martin the bailiff (15kg of PCF Relish and a couple of tubs of hard hookers) and drew for swims.

I came out 5th, so wasn't too hopeful of getting any of the swims I fancied. Ray was first out and chose Party Point, the swim I fished last year and very consistent. Jon C went for the Beach Double, with Richie going next door in the Pump Hole. Nigel chose Jake's. I was surprised no one had gone into The Reeds, my second choice after Party Point, so I jumped into there! Chris went next door in The Lookout, Alistair The Dug Out and Colin joined Ray on Party Point. We were all set.

Martin the bailiff had a walk round and advised us of the better areas within our swims, advice I'm always happy to take when you don't fish waters regularly. After a few hours casting a lead about, I eventually found an area I liked, at around 20 wraps. I then spent another hour spombing a few kilos’s of 15mm and 18mm Relish bottom baits and 1kg of sweetcorn. I didn't want it too tightly grouped so varied the line and wraps on the spod, covering an area of maybe 30 x 20 yards. I also added a further spread of 18 and mm baits with the throwing stick to hopefully intercept fish and get them searching for bait. Happy with my work, I joined the others at Party Point for fish and chips and a couple of beers.

Alistair got us off the mark with 41lb 8oz mirror just after we had eaten, which was a new PB and a great start for the group.

I wandered back to my swim on the other side around 7.30pm and was very close to not casting out for the night, being very tired after a long day, but eventually I did, everything was already clipped up, so put 2 out on the area. 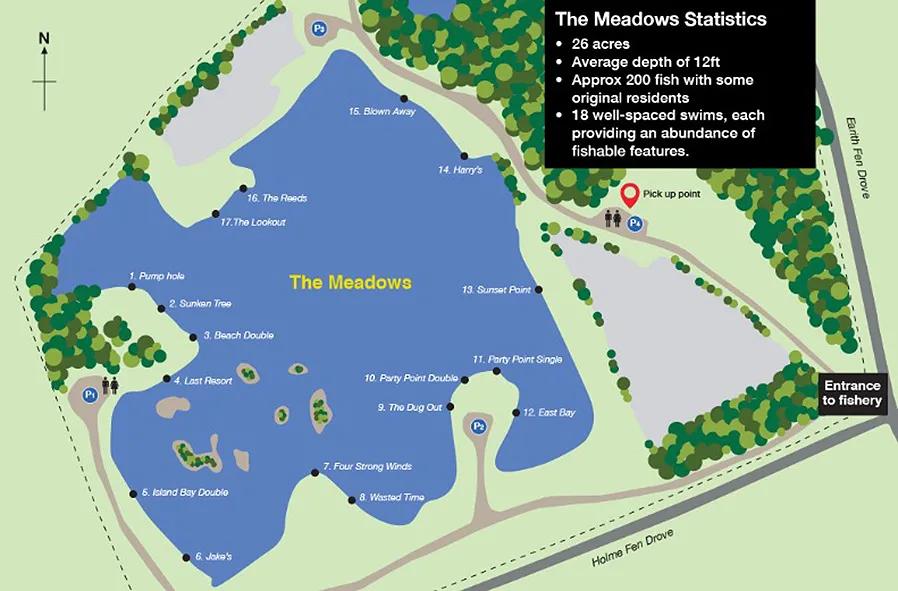 Happy with the drops on both, I retired to my Supa Brolly for the night, not expecting much to happen, as all action the previous year had been during the daylight hours. At 1.30am though, something had different ideas and a screaming take on my right hand rod had me stood by the waters edge, rod in hand. It took a bit of line and found some weed, which could be felt grating on the line.

I had recently purchased a new set of Harrison Torrix 12'6" TE's with my week on Holme Fen in mind. The extra few inches and a bit more power through the mid section certainly helped when trying to get the fish moving again.

I shouted to Chris in the swim behind for help, but Chris and his sleep are not easily parted. So i would have to land it on my own!

I pumped the fish and weed back to me slowly gaining line. Around 15yds out he freed himself of the weed and dived down into the deep margin. What followed was 10mins of him hugging the bottom while I tried to get his head up. Nothing spectacular, just very powerful and I knew I just had to take my time and be patient. 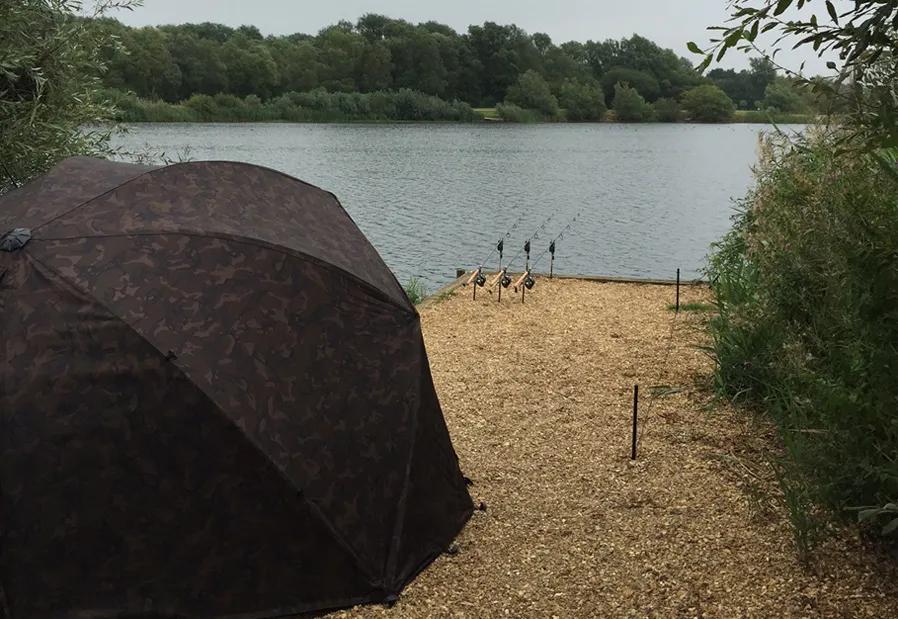 I still like to backwind as I feel in better control of what pressure I'm putting on the fish and end tackle. Eventually he started to tire and I could see a large pale shape coming up in the gin clear water. It was obviously a big fish. Acouple of minutes later it was ready and I eased him over the net cord and lifted. He was mine! I had a quick look into the net and realised it was a little bit special, letting out a massive peacock call across the lake. Chris appeared, my call having eventually woken him, and enquired as to whether I had caught one. I informed him I had and he enquired as to how big? Ridiculous came my reply and told him to take a look.

Having seen Alistair's the night before, it was obvious this was significantly bigger.

A couple of phone calls and some of the others were on their way over to help, most had heard my peacock and all enquired as to how big? I gave the same reply to all, RIDICULOUS.

I stood in the water with the net, unhooked him while Chris cleared the rods out of the way and sorted the weigh sling and scales. The others arrived and we placed a metal pole through the scales, which Chris and I placed on our shoulders and lifted slowly. I  had the pole behind the scales so could not see the needle. Preferring to let others make that call for me when I catch anything large. The needle on the Reuben's spun round twice and then some.

'I will give you 65lb' Colin said and I thought no more about it and at no point did anyone question it. We subtracted the weight of the sling for a weight of 61lb 12oz. As I said ridiculous! A few pics of both sides, I'm not one for extended photo session, my prime consideration is always getting the fish back safely.

I sat up the rest of the night with Chris drinking tea, high on adrenaline, letting the capture sink in and sent a few pics to a few close mates to let them know. At first light I got the rods back out on the spots and topped up the swim with the spomb. At 11.30am, the same rod was away again. A similar fight, this time resulted in a 38lb 12oz mirror for a 100lb brace. 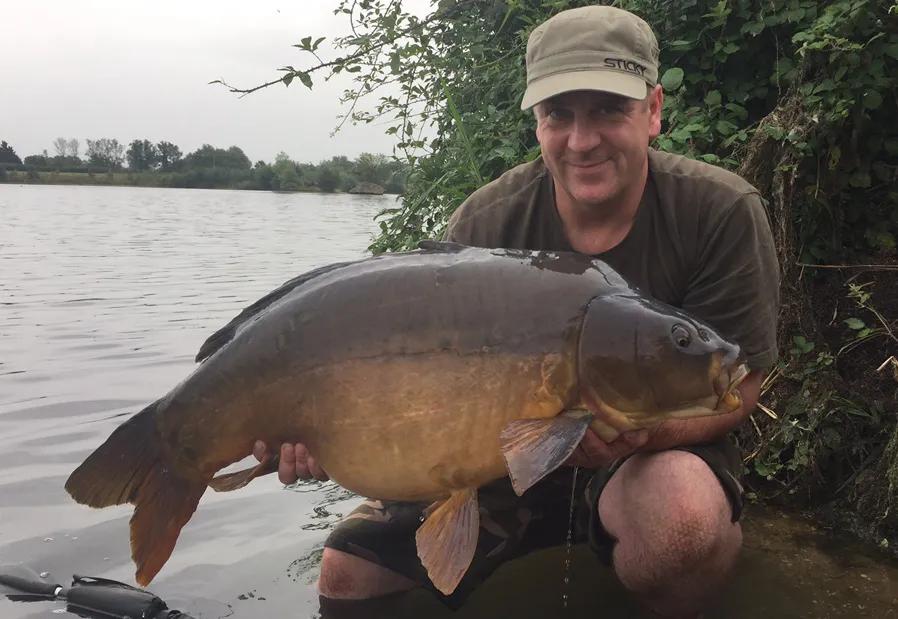 The week continued and in total we managed to land 25 fish. Only two of the group not catching. All who caught had PB's, Alistair and Ray breaking theirs twice.

A full capture list appears below on what was a brilliant week, spent in great company on a fantastic venue. 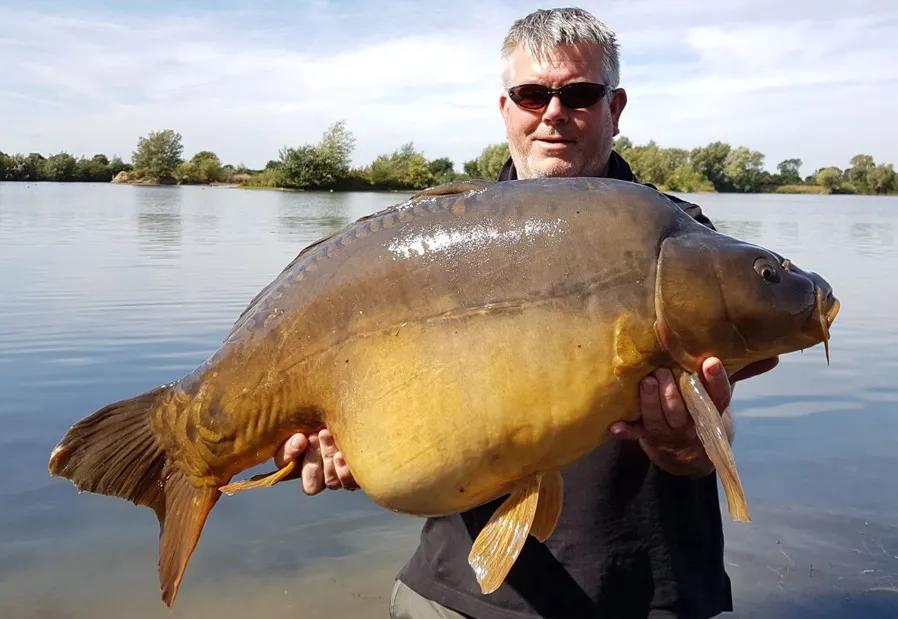 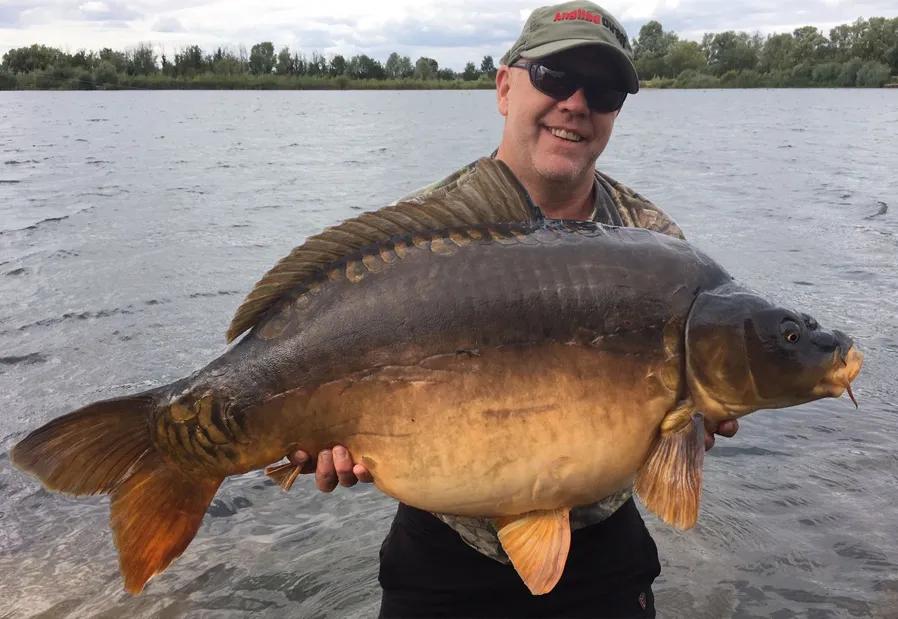 Post note: After Identifying my big fish as Captain Jack the biggest in the lake, but not realising at the time, it suddenly dawned on me that my Reuben's are 60lb x 1oz. I decided to check them against a tree and realised they bottom out at? Yes 65lb!!!  If it weighed more I will never know. It was last out late last year at 64lb i believe. A school boy error in the excitement of the capture. But whatever, I caught a massive carp over 60lb in weight and shared the moment with some great lads. 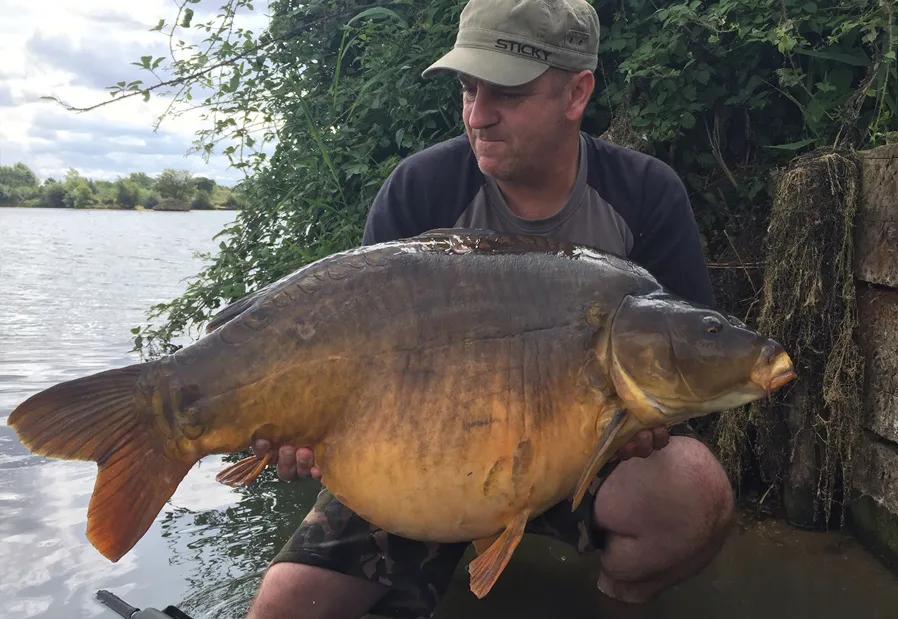