This entry was posted on 24th January, 2018 by Jacob Robinson 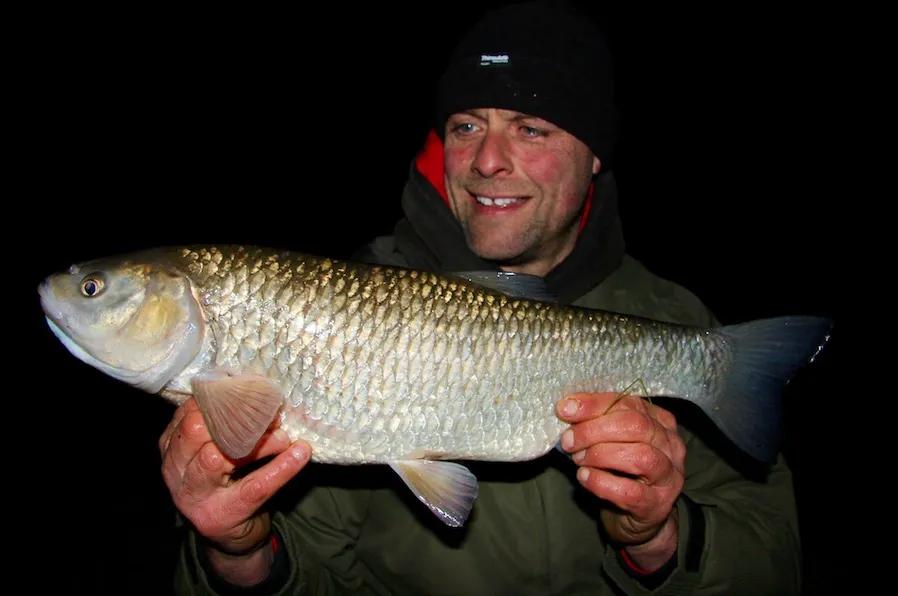 I had got all my pike stuff ready in the weeks leading up to the start of October, and was really looking forward to getting out after them. I managed three days in the first two weeks of October, for a grand total of 1 dropped run! Not the start I was hoping for but that’s fishing for you!

The third week in October, I was out with Justin, bank fishing on the Bure for the evening; despite only fishing from 6-10pm, I did actually have my first pike of the season, not a bad one, a nice upper double on a smelt. Over the next few weeks, I carried on doing the odd evening on the river, but had no more action. Justin was picking up a few fish, but I was just there to man the landing net and make more cups of tea!

In between trips to the river I’d been fishing the lakes at Bawburgh, and had managed a few jacks to around 8-10lb; at least I was catching. Most of these fish were coming on float fished mackerel or lamprey. I do prefer fishing this way because you can move quickly, without the added hassle of bank sticks. Usually, I sit on my unhooking mat, lay the rods on the floor, and then just need a rucksack to keep bait and bits in and a landing net!

The second week in November, Justin had sorted a boat out to fish the Yare for the day. What a day! If it could go wrong it did, one thing after another, though we did catch fish, albeit small! The final straw came when the engine gave up and we had to row back to the boatyard – well, Justin did!

We decided to have the afternoon on the river after a chub or two. When we got there the river didn’t look great, low and clear, but we gave it a go, and I had my first two chub of the season, with the biggest being 4lb 9oz, on good old cheese paste. It was nice to get a bite and put that morning behind us!

The following week I had a couple more evenings after the chub, but only managed one about 3lb. I spent the Saturday on the lakes for pike, and had one about 10lb on mackerel tail. The week after that, I had a few more chub sessions on the Wensum. On one of those nights I must have walked about two miles and not had a sniff, then I had two in as many casts, biggest 4lb.90z! I was back down the lakes again on the Saturday, managing a couple of pike to just under doubles.

December, the Wensum really was low, hardly any flow and still a lot of weed hanging around. I got out 4-5 times the first two weeks and never had a bite; it really did need rain!

At the end of the second week we finally got some rain, and by the third weekend it looked just about right. I managed three one afternoon to just under 4lb, then had three more on a midweek evening to 4lb 9oz.

On Christmas Eve I had a big ole skinny thing, an ounce under 5lb on bread flake! That rain really seemed to have turned things around! I had a few days piking over Christmas, and was hoping to get back on the river before I went back to work, but the weather had other ideas, the rain and snow just after Christmas made the rivers unfishable for over a week. It was too wet to work, so I carried on with the pike! I managed a few over the week, again nothing big, just into doubles, but I did net one for my mate Tony, lovely fish of 26lb.

It was the second week in the New Year before I got back in the river, it was still pushing through fairly but definitely fishable and I caught! I’ll bring you up to date next time. 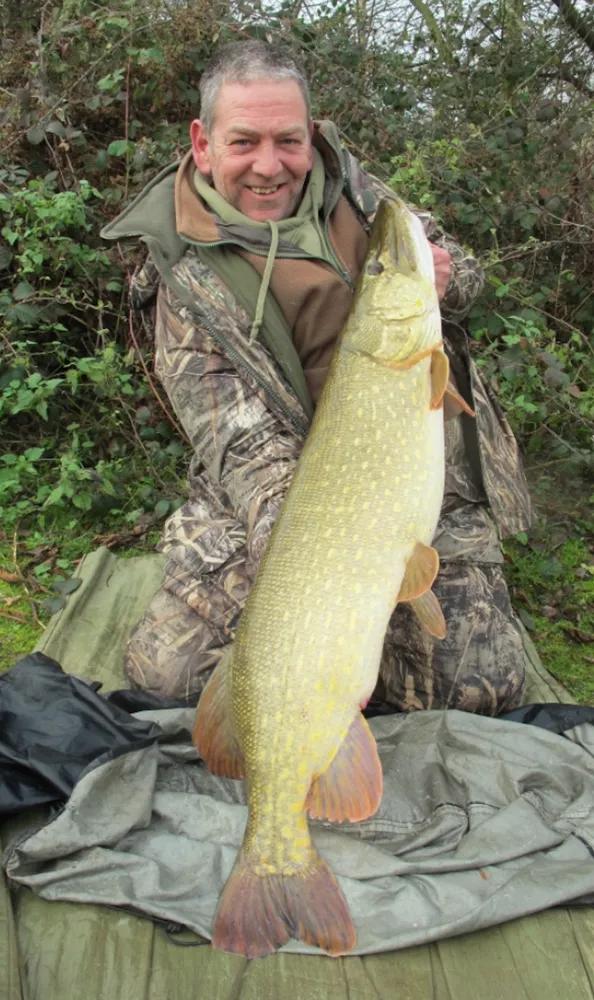