This entry was posted on 23rd May, 2014 by Jacob Robinson 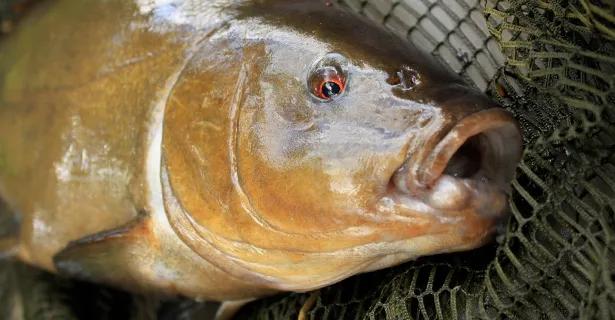 Tench as a species haven’t been on my radar for a few years now, of course I’ve caught my fair share, but that has only been by accident whilst targeting other fish, but to set my stall out and to truly target them, is not something I’ve done for a while.

I must admit, part of this is possibly due to the fact I haven’t had a decent water to target them on, now I’m not looking to break any records, so would readily prefer a smaller average size of fish, but a good stock of them. In my personal opinion and with sometimes limited fishing time a good bag of Tench would suit me better than to sit it out for a monster, although I wouldn't turn my nose up at a double!

This year I managed to sign up for a water which was tailor made for me and my Tench fishing, it was close to home, I could park behind the swims and I could night fish it, but more importantly it contained plenty of Tench up to doubles and also some very big bream.

Last week I managed to get down to the water for my first crack at these wonderful spring species.

After a couple of walks around the lake before my ticket had started, I’d already earmarked a few likely looking area’s, so when I arrived at the complex I dropped straight into one of these such spots and it was with some anticipation that I prepared for the first session.

I had my tactics straight in my head, I was going to fish one rod on the new Korum Grub Feeder loaded with maggots, over a bed of particles and then on the other rod I’d fish the Korum Dura-Method feeder, loaded with softened mixed pellets.

I love the design and ease of use of the Grub Feeders and know from other guys in the Korum team how effective they can be with Tench. On the hook I was using a couple of imitation maggots or casters tipped off with a couple of lively fresh red maggots. The system worked well with plenty of small roach and skimmers taking a liking to the bait.

The Dura Method was much the same, using corn or a variety of banded pellets or mini boilies on the hook a succession of fish fell to the method, the odd better roach and bream being the highlight. At one point the swim was like a Jacuzzi with masses of pinprick bubbles giving away the presence of heavily feeding Tench. But alas I couldn't get them to pick up the bait, a nice days fishing but not the result I wanted!

A chat with the a couple of the regulars on the water revealed they’d previously caught lots of Tench whilst they had been Carp fishing, Not wanting to hook and land Tench or Bream on Carp gear I had to fish in a way that made the Tench and Bream good sport but also meant I could land a carp if I hooked one. 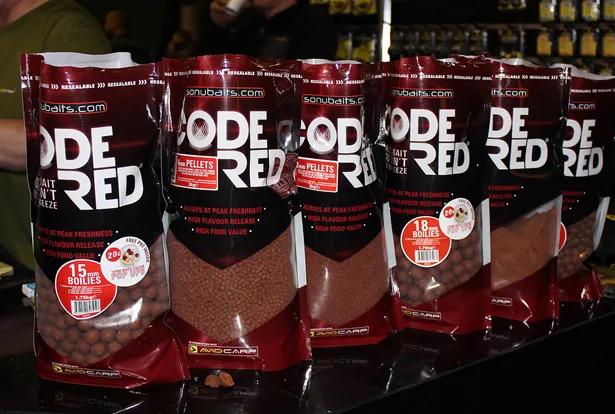 This was certainly food for thought, whilst gearing up for my next Tench assault! Everything was ready… home from work, van loaded, fish and chips hastily consumed and straight down the lake… However all these best laid plans went pop as I realised I had left my alarms at home!!! Best mate Richard “Ginger”Wells came to the rescue and 10 minutes after he got my text he arrived on his rusty old mountain bike with two alarms and I was back in action!

For this session I’d changed my tactics completely, opting for a rather Carpy looking leadclip set up, with small PVA bags loaded with a mixture of the new Sonu Code Red pellets and boilies.

There wasn’t much to report when I turned in for the night just a few blips and peeps but no action to talk of, but typically just as I settled into bed and got comfortable, the right hand rod trundled off. A cracking Bream of 8lb was the result, a big male fish, which was showing all the signs of his male gender. 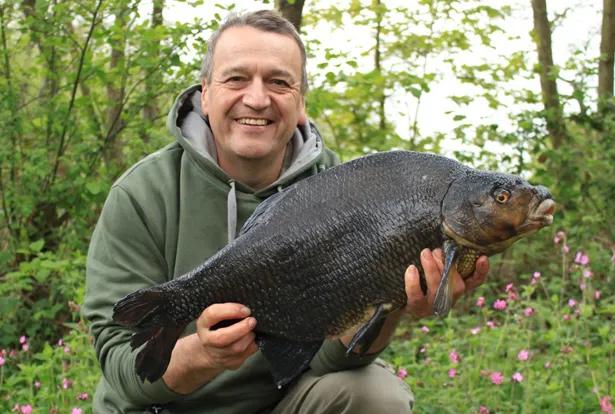 Back to bed and within minutes the double 12mm Code Red hook bait again proved irresistible as another bream, all be it smaller than the first, fell to the right hand rod.

That was it for a few hours and the next time my dreams were rudely interrupted dawn had already broken and the dawn chorus was well under way. This time the left rod was away and definitely not a bream, the tight line cut through lily stems as the fish kited left then right, then straight into the waiting net, a cracking Tench of 7lb or so was a great start to the day! After a hot cup of tea and a bacon and egg bap I was ready for a few more Tincas. 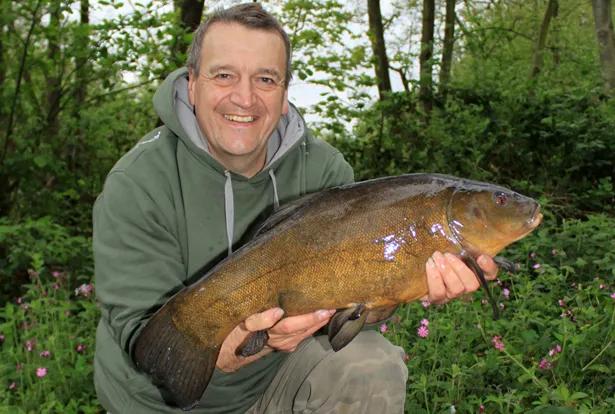 A few scattered pellets and casting every hour or so kept the swim topped up and I banked a steady stream of fish, with more Bream and smaller Tench coming my way.

It had been an interesting session and I was more than happy with what I’d caught and already I’m planning to get back for another overnighter in the coming weeks, I’ll let you know how it goes!