This entry was posted on 3rd September, 2014 by Jacob Robinson 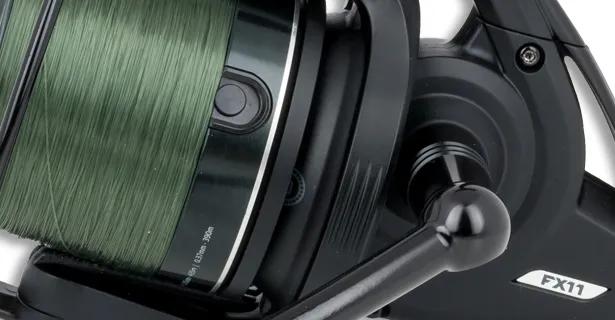 If you were to take reel design and fishing expertises – Shaun McSpadden, Scott Day, Chillcott and co – tip it into a vast blender, strain the contents, distil the liquid down to a pure essence and inject it into a reel, you’d end up with this: the FX11. The new King of reels. And better still, it’s all built from scratch, just so it suits you perfectly. You see, gentlemen, whilst Fox aren’t the first company to bring out a new reel in 2013, they are the first to start production at their HQ in Romford not on a British Airways flight to Shanghai whilst flicking with a Chinese reel manufacturer’s brochure.

“We have a major advantage over our competitors,” boldly states the company’s Group Media Manager, Lewis Porter. “And that’s because Fox actually design their reels from scratch and can therefore produce a product specifically for carp fishing. Unfortunately many reels still on the market are designed for sea fishing and then marketed to the carp angler with a few aesthetic tweaks – ours are different.”

Following in the very successful footsteps of the magnesium 12000XT, graphite 12000S and FS reels, Fox have been inundated with requests for a smaller sized reel – one that would balance better with rods of 2.75 and 3lb test curve. Well, after two years of research and development, Lewis Porter is now sat right before us about to unveil what they’ve called the FX11.

As we remove it from the box and have a spin of the handle we are greeted with a reel which is very deceiving. Let us explain. They’ve clearly got the sizing spot-on; you’ve only got to look at the rear of the reel to see how compact it is, but it’s when we turn the handle that those two years of development come flooding through; why they had 14 different samples to ensure it’s perfect. Although the FX11 is a downsized version of their XT and S to make it more balanced on lighter rods, Fox were keen to make it an all-rounder and thanks to the super-slow oscillation it gives impeccable (and it really is impeccable) line lay so you can comfortably put this reel on your higher test curve casting rod and it will put rigs well over 150yds.

In addition to this hugely impressive oscillation (it’ll retrieve 95cm of line per handle turn!), the FX11 also comes with a Quick Clutch on the front of the spool, allowing you to go from tight enough to cast to loose enough to get a run with just one and a half turns of the clutch – the perfect amount so you don’t lose clutch definition.

The rest of the reel’s features just screams bespoke. Starting with the paintwork, it’s simply stunning – matt black and overall the reel is extremely understated. It comes fitted with a front clutch grit guard, micro line lay adjustment, Pro Cast Lip on the spool, Mesh-Tech gearing system and is supplied with a spare spool as standard.

The other frightening statistic with the FX11 is the cost. At only £169.99 it means you get a drop-dead gorgeous reel to use and look at and your wallet has more money to spend on other Fox products. This company’s on fire right now!

Reel Weights To get a comparison on the FX11’s weight – when loaded with line – we weighed it against three other leading reels within its size bracket. Empty, the FX weighs 590; loaded it came in at 691 – which is 20g lighter than the lightest competitor and a full 56g on the heaviest.

Other Bespoke Features On top of everything we’ve mentioned in the main review, there’s more aesthetic and functional beauts, such as a rotor line guard, slim black handle, twist free roller and 5 stainless steel ball bearings and one roller bearing. 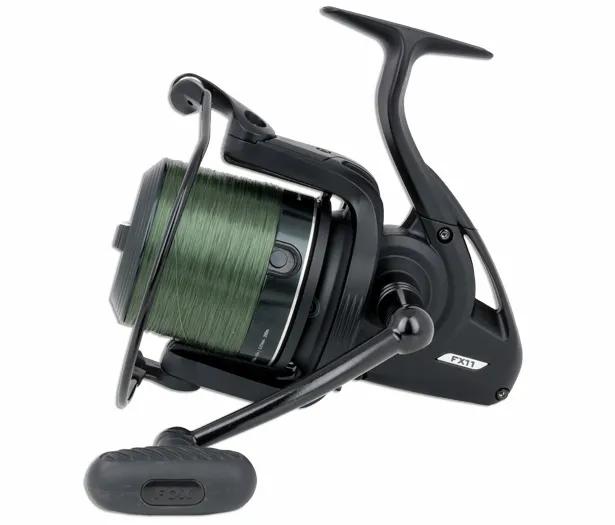