Looking Back... Topping Off a Productive Spring

This entry was posted on 3rd February, 2017 by Jacob Robinson 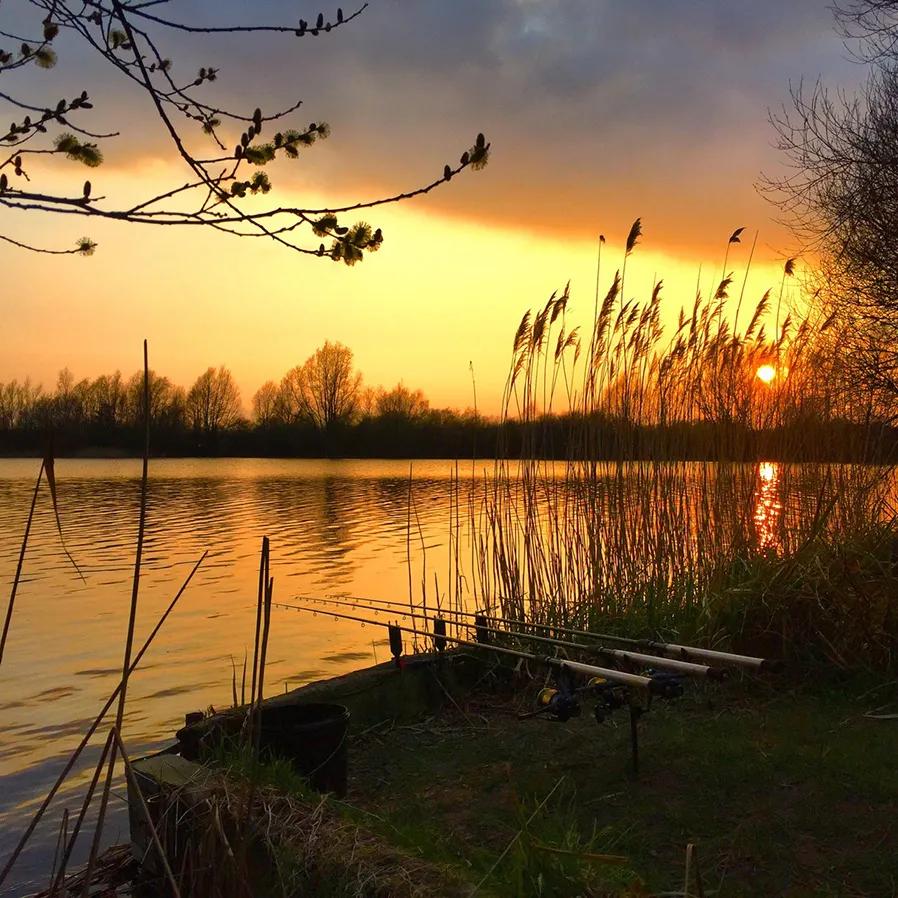 I always try and set myself a target for each spring and, as normal, I set a target of one double figure tench - a high target but achievable at my chosen location. My choice of location was Bawburgh lakes, which I have fished for many years now and will continue to do so, as the fishing is so good and to be on my doorstep as well is an added bonus. Bawburgh has three main lakes which are (give or take an acre) 30 acres each: Bawburgh Lake, Lodge Farm Lake, and Conley Lake. Conley and Lodge Farm were my choice of lakes this spring. After fishing the lakes for a few years, I know where and when to fish different areas so had a plan of what to do but, as normal, this changed every trip due to weather, weed growth, and which areas were free from anglers’ pressure. My tench fishing started slowly with a few tench early on coming from Bawburgh Lake, which I tend to have a couple of sessions on just to make sure I have everything for the coming spring. I had an overnighter the weekend before I was meant to attend a tench fishers' fish-in at Horseshoe Lakes. As always, after what seemed to be a long winter it took a session to get back into the swing of this but this session I manage to land a couple of nice tench to 7.14lbs, which was a good result.

So, with a bit of prepping, I was ready for the fish-in, which I was looking forward to. All the tench fishers’ events are always well organised and good company and this one wasn't any different. I started by having a good walk around with good fish-in buddy Darryn, we were looking for a couple of areas to go for, and we were lucky enough to come out first in the draw, which was a result. We chose boat point which gave us a lot of water to fish and different depths to go at. It also had plenty of form on the fish-ins, with Dai Gribble taking it apart the year before. To cut a long story short, I blanked but Darryn did have three tench to 8.4lbs from a deeper area to the right of the swim. 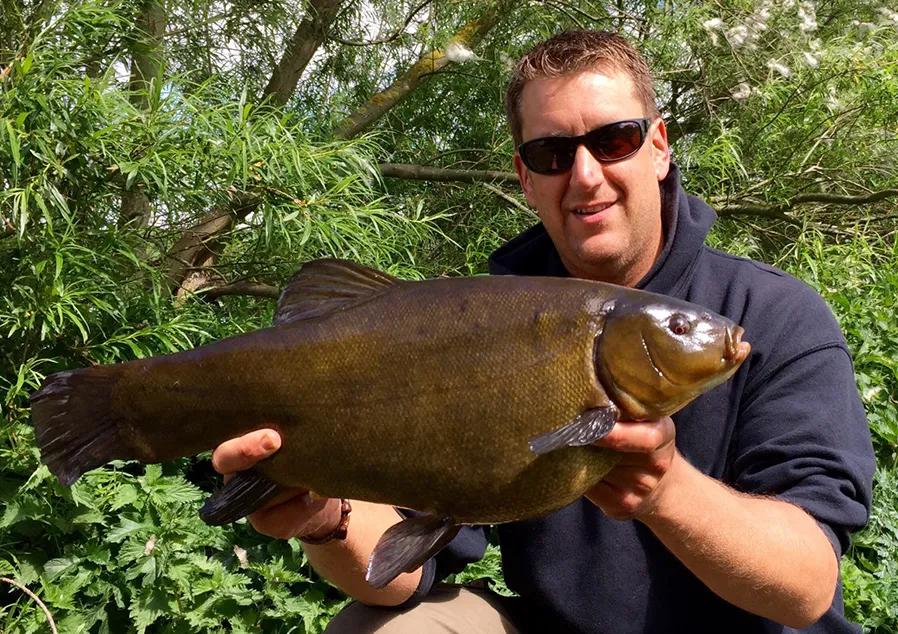 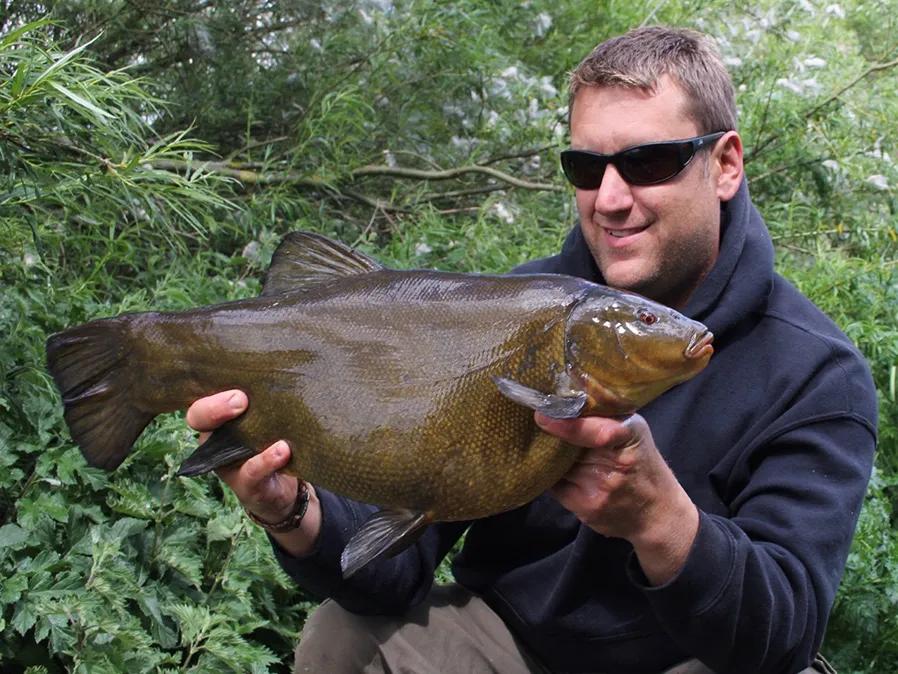 After that weekend, and my tail still between my legs, I retreated back to Bawburgh and had a short session on Conley. By now it was getting busy with other anglers but I still got somewhere where I thought I had a good chance of a fish or two. With the early May sessions, I tend to target the tench during the day and bream at night so, as I had arrived on the lakes late on the Friday night, I put a bed of particle, pellet, corn, and casters with three rods over the top all on flavoured plastic corn. As with most of my bream sessions on Conley, it ended with a blank but with a few tench rolling in the swim I changed over to fake Enterprise casters at first light. After an hour or so I had a bite and was into a hard fighting tench, which gave me the run around for a good few minutes until it gave up and rolled into the net. After taking a moment, I took my prize to the unhooking mat and on weighing this stocky tench it pulled the needle around to 8.2lbs.

After that one tench, it went quiet and I had to pack up but I was happy with the result as it was still fishing hard. The next weekend I was planning a 48 hour session and, with Conley being very busy, I decided to fish on Lodge Farm on arrival. The area I wanted to fish was occupied by Darryn so, with him finishing the next morning, I jumped into the swim behind for a social. When the next morning came and I had no action in my swim and Darryn had caught a few nice tench to 8lbs+, I decided to move into that swim. 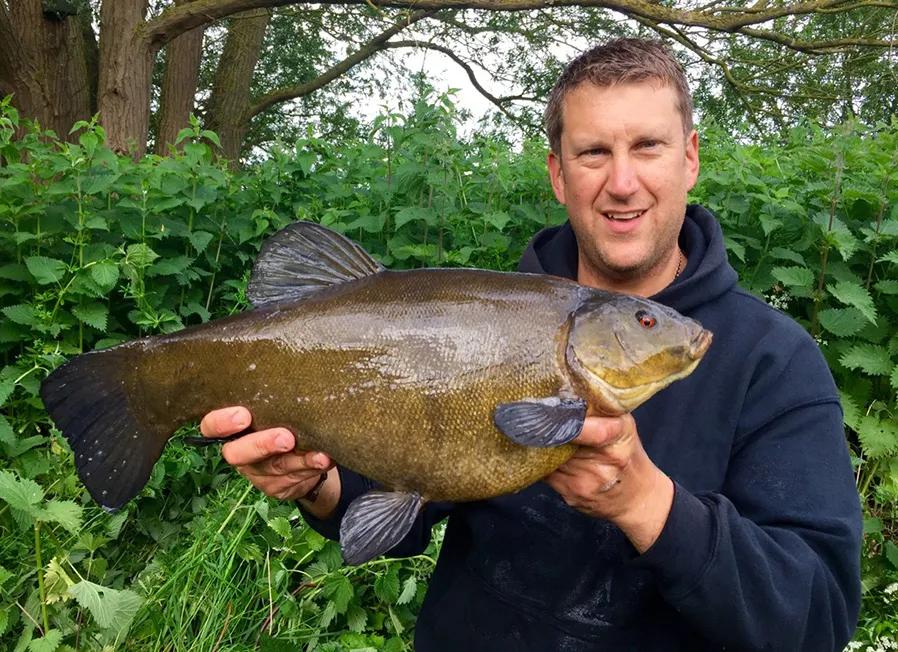 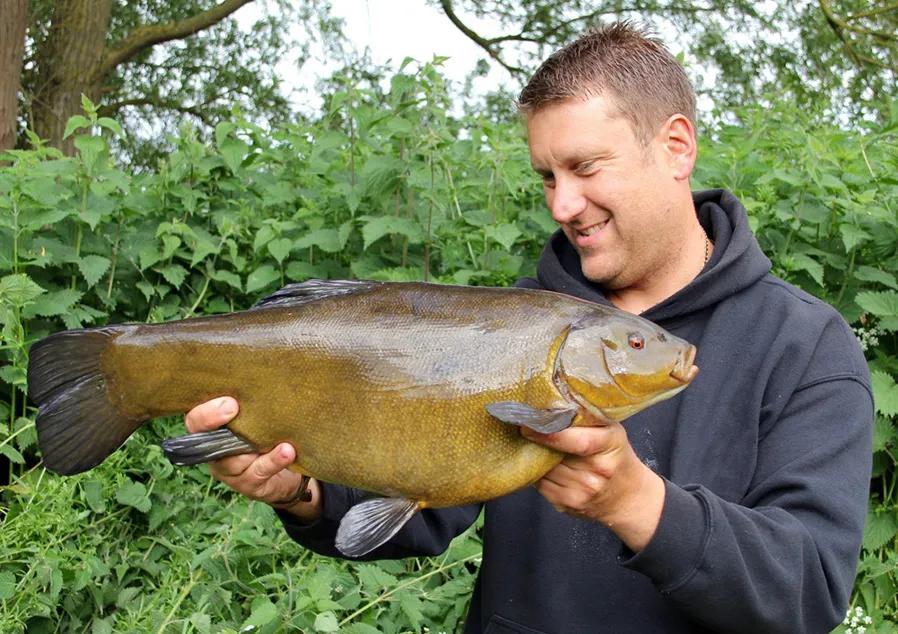 When I got everything sorted in the swim I put the marker out well right of where Darryn had fished to see if an area I have caught from before was clear of weed, as there was a lot of weed now starting to come up. It was clear but the weed was thick to the side and the back of the spot so I was confident of a few fish moving through the spot. I started by putting out half a gallon of red maggots and fishing maggot feeders over the top and fake Enterprise red maggots on the hair. After the commotion had died down I started to get liners and within a couple of hours I had my first bite. What a start it was, in the shape of a 9.14lb tench about which I was over the moon.

A great start and over the afternoon the tench kept coming with another six tench to 9.4lbs. I had no action over night but as first light came so did the tench. The second one of the morning was another special fish and, on weighing, the fish she went to 10.2lbs.

I couldn't believe my luck with a couple of big 9lbs and now a double to top it off – or so I thought. It slowed up for a few hours and I only had one smaller tench before dark. Just before dark, I did then put out another four pints of maggot just to try and kick start the swim again in the hope of another fish or two in the morning. When I thought things couldn't get any better I was wrong. One of my rods rattled off the next morning and, after a hard battle, I landed another huge looking tench. On weighing it I wasn't wrong and, at 10.7, this one was a real tank. Just as I was putting the fish back into the retaining sling one of my other rods was away. Yet again it felt like a big fish and, after a tough fight with it finding the weed a couple of times, another big tench was landed and again the scales went past 10lbs to 10.4lbs and my first ever brace of doubles were safely retained and photographed before returning. I cast the rods back out for the last few hours of my session. 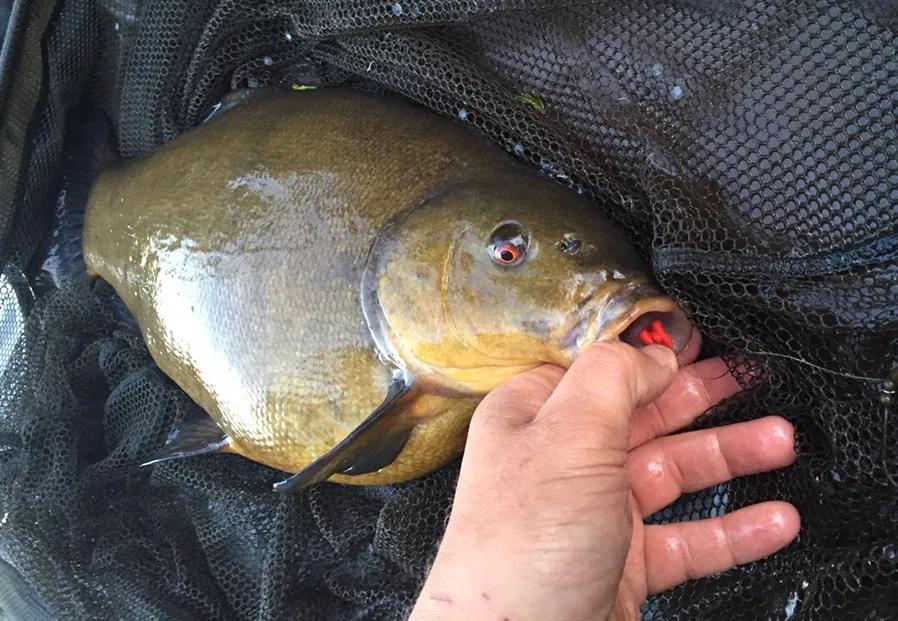 I had to keep looking at the pictures to make sure it was real. After the brace, I had two smaller tench but then, just when I thought my session was finished, the middle rod ripped off again and it felt again like a good fish. Surely this wasn't another big tench?! As it was fighting under the rod tip I saw it and it looked like it had the frame and length. After she went into the net and lifted onto the matt it was obvious it was another tench close to a double and after the needle had settled I was amazed. It went to 10.4lbs and yet another double.

And, with that, my time had run out and I had to pack up. To say I was over the moon would be an understatement and it was a session to beat all sessions. To have four doubles in a session as well as a brace shot was something I'll struggle to do again.