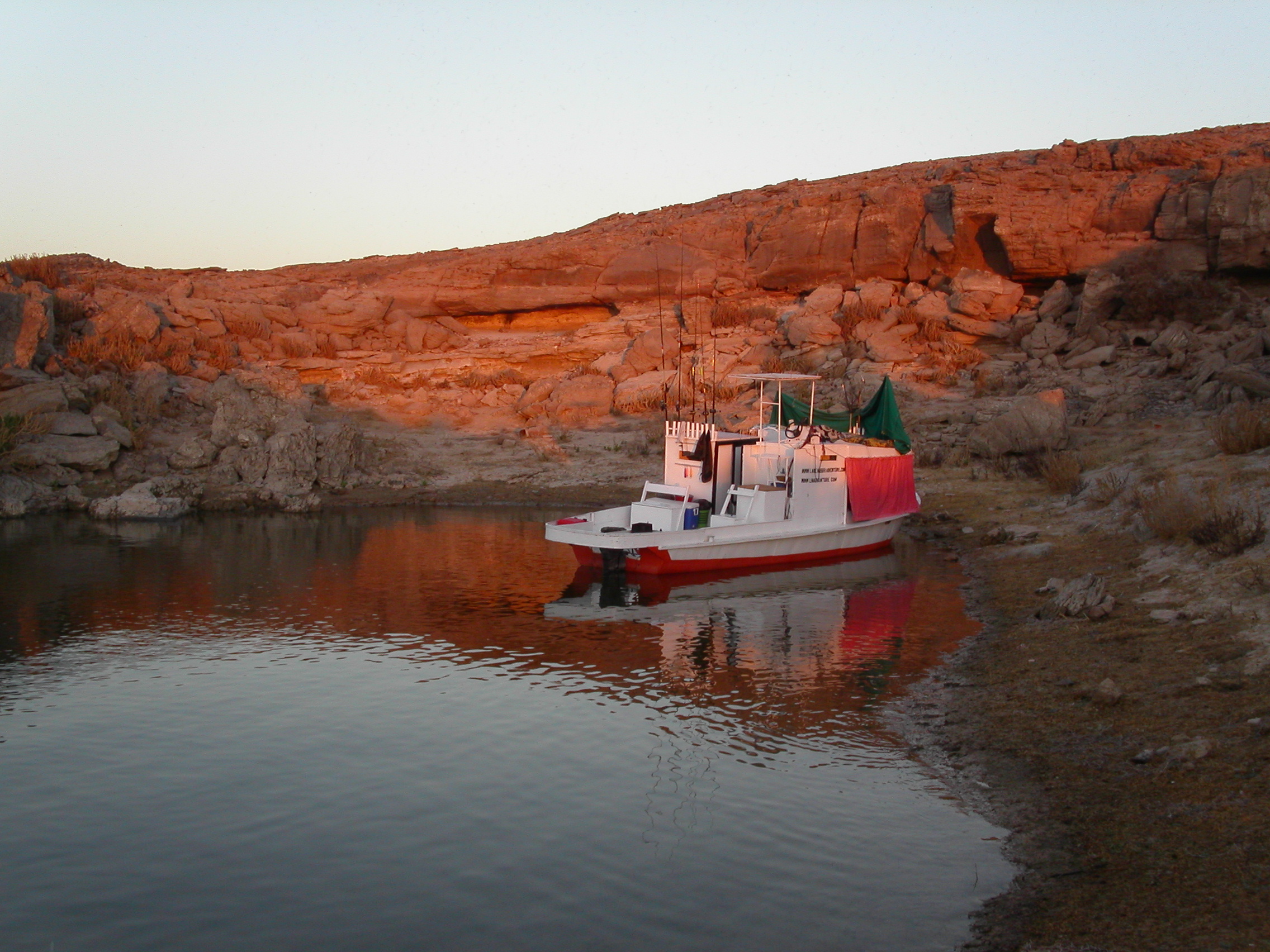 Picking up from my last piece, after my first day of fishing in Egypt, the next few days was followed by a pattern of being awake before sunrise, an early cuppa then out on the lake trolling for a couple of hours before breakfast. After breakfast again a couple of hours fishing or moving to other marks before a longer break to allow us to have a swim or fish from the shore.

Fishing with lures from the shore proved unsuccessful but Steve had some great fun with his fly outfit with several small perch coming to the wet fly. He also had Tapalia and pufferfish to add to the entertainment. Fly fishing for the bigger Nile Perch is an area that some of the Nasser regulars are using to temp the fish from the shore. Some success is also coming to other anglers using jelly lures instead of the harder lures currently in use. The use of live and dead baits is still to be put to the test, with the few anglers that have tried having great results. 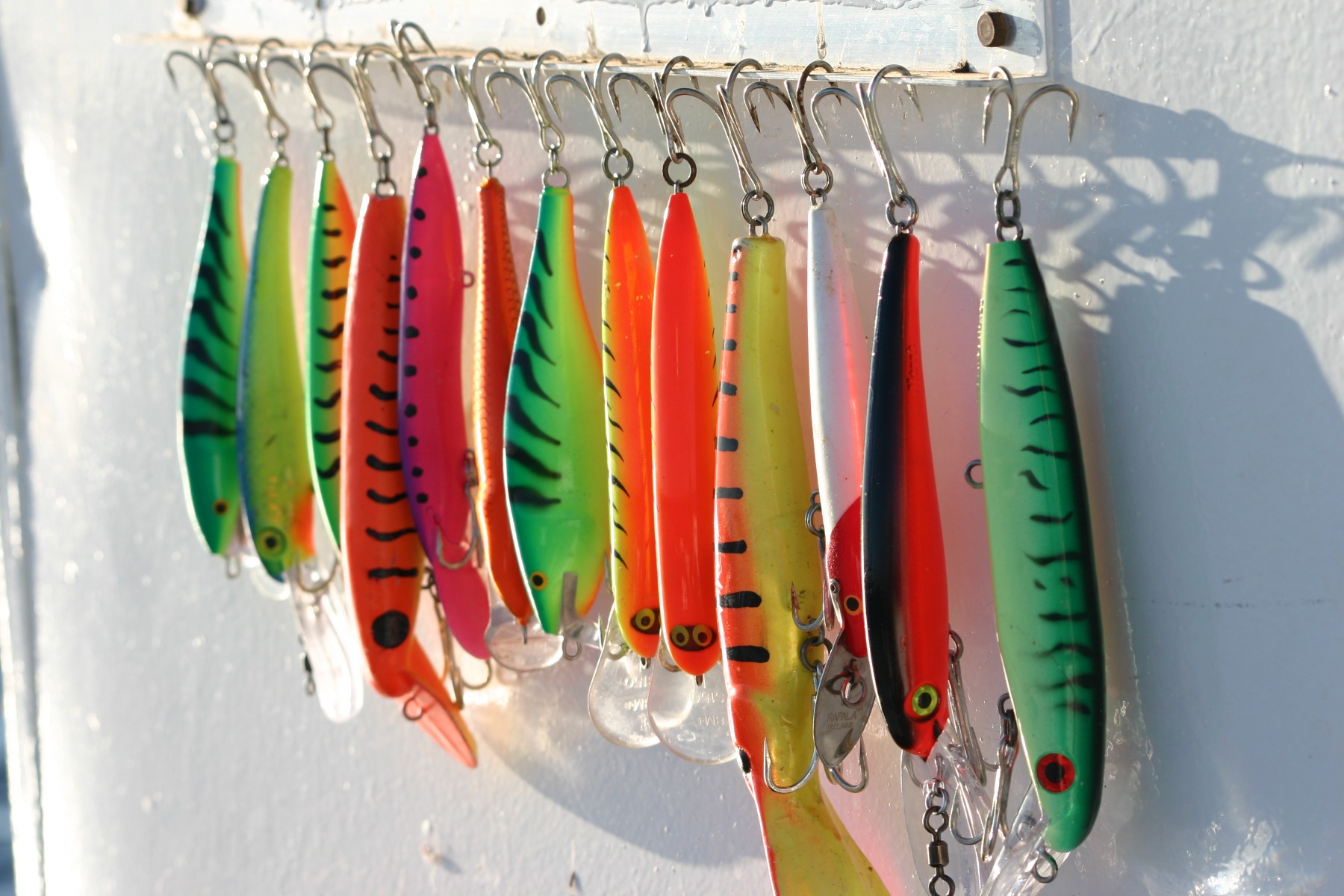 Steve and I had managed to get at least one decent perch most days, I did blank on one day though, it had been a frustrating day passing over many fish but not being able to get them to take the lure. The biggest fish boated during the week was in Perch terms a tiddler at around 25lb, Steve having seen much bigger fish on previous trips with a p.b. well over 150lb was not impressed. I, however, having never even seen a Nile Perch before I was quite happy and we still had a couple of hours to go before we had to head back to Aswan.

For breakfast one morning we moored on an island which was being used as a base by some local fisherman. We were given a guided tour by the fishermen of their island, they were happy to show us some salted fish their boat and nets. These fishermen use either long lines or nets to catch the various fish that inhabit Nasser, once caught the fish are salted and stored in stone shelters built on the islands by the fishermen. Every few days a large boat will call and collect the salted fish and leave the fishermen fuel and other supplies. As the lake level changes during the year islands will be abandoned and others used to allow for the rise or fall of the level. Some of the bigger islands are inhabited by the Nubian tribesman who as the lake level changes they will move to higher or lower ground accordingly. 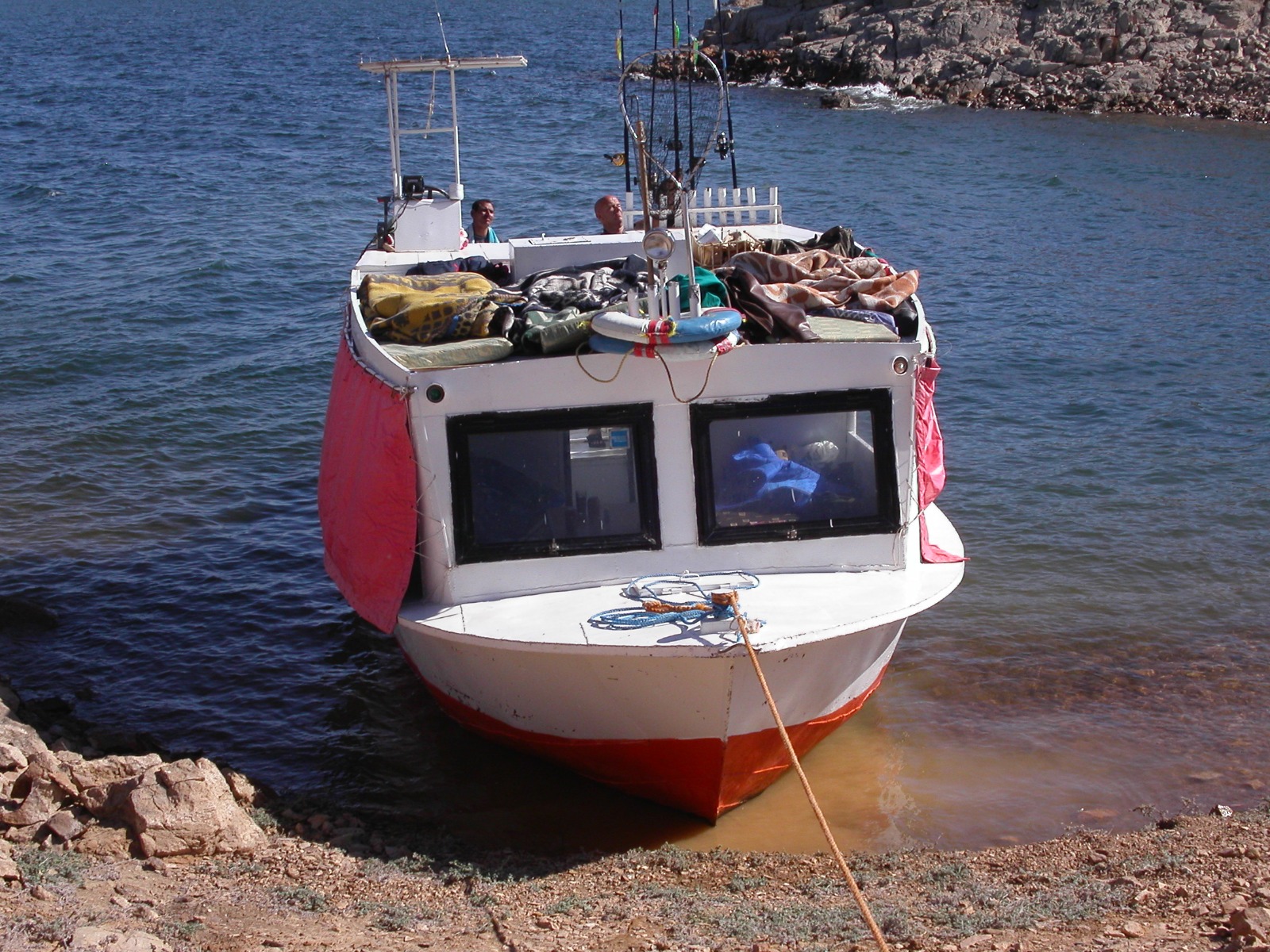 All too quickly our holiday was coming to an end, as it was the fifth of November what better way to spend our last night than on a desert island with a large bonfire.  During the day Steve caught a perch around 15lb which Hamsa would cook in the fire. What a great night it turned out I love a big bonfire and the fish and baked potatoes added to the occasion. With the lack of light pollution in the desert area, I have never seen so many stars, all helping to complete the atmosphere. 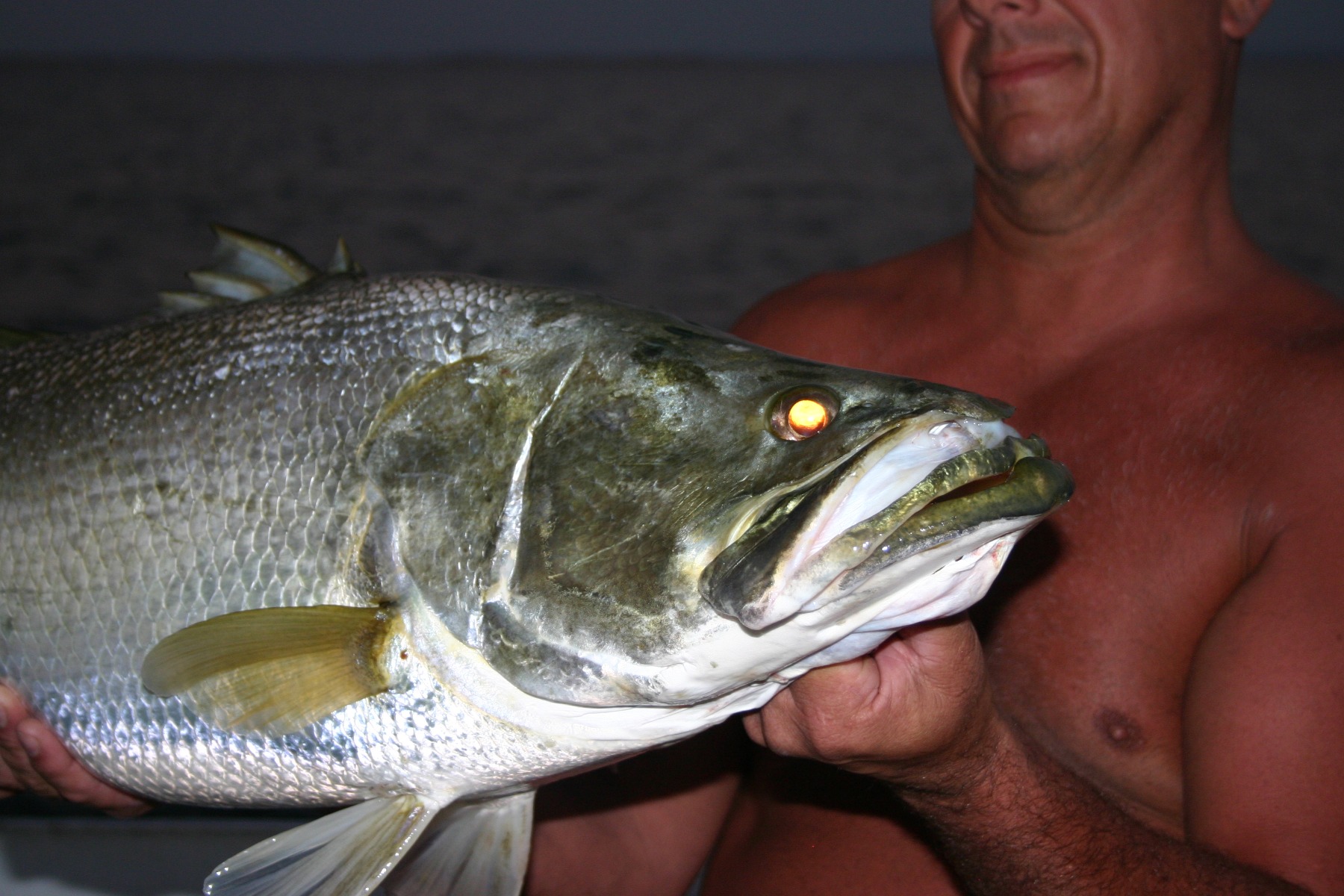 The Last Attempt at a Trophy Fish

Morad suggested we visit one last area before returning to Aswan. Without any warning somehow I had hooked what felt like an express train heading in the other direction at about 100mph, within seconds 75 yards of line had gone in a foolish attempt to slow the fish I had got a nasty burn on my thumb. Morad had responded to the Cry of “fish on” and was reversing the boat in an attempt to allow me to catch up with what was obviously a big fish.

As the fish jumped clear of the water my premonition was proving correct. Steve was brilliant having had big fish and plenty of them his experience and help were vital as the fish tried hard to shed the lure. After what seemed like an hour but was around 10 minutes the fish was beaten, my arms full of lactic acid ached, my head was light with pure adrenalin, and I was emotionally tearful as estimates by Steve told me I had done the ton.

A short trip to shore had the fish tethered in shallow water while I regained some composure and Steve got the camera ready. With the sling zeroed it took 4 of us to hold things steady enough to read the scales which read just short of 50 kgs. Which converts to 110lb I was elated the biggest fish I had ever seen let alone caught, I also know Steve was well chuffed,  having been there and got the t-shirt he was a true gent in his congratulations. 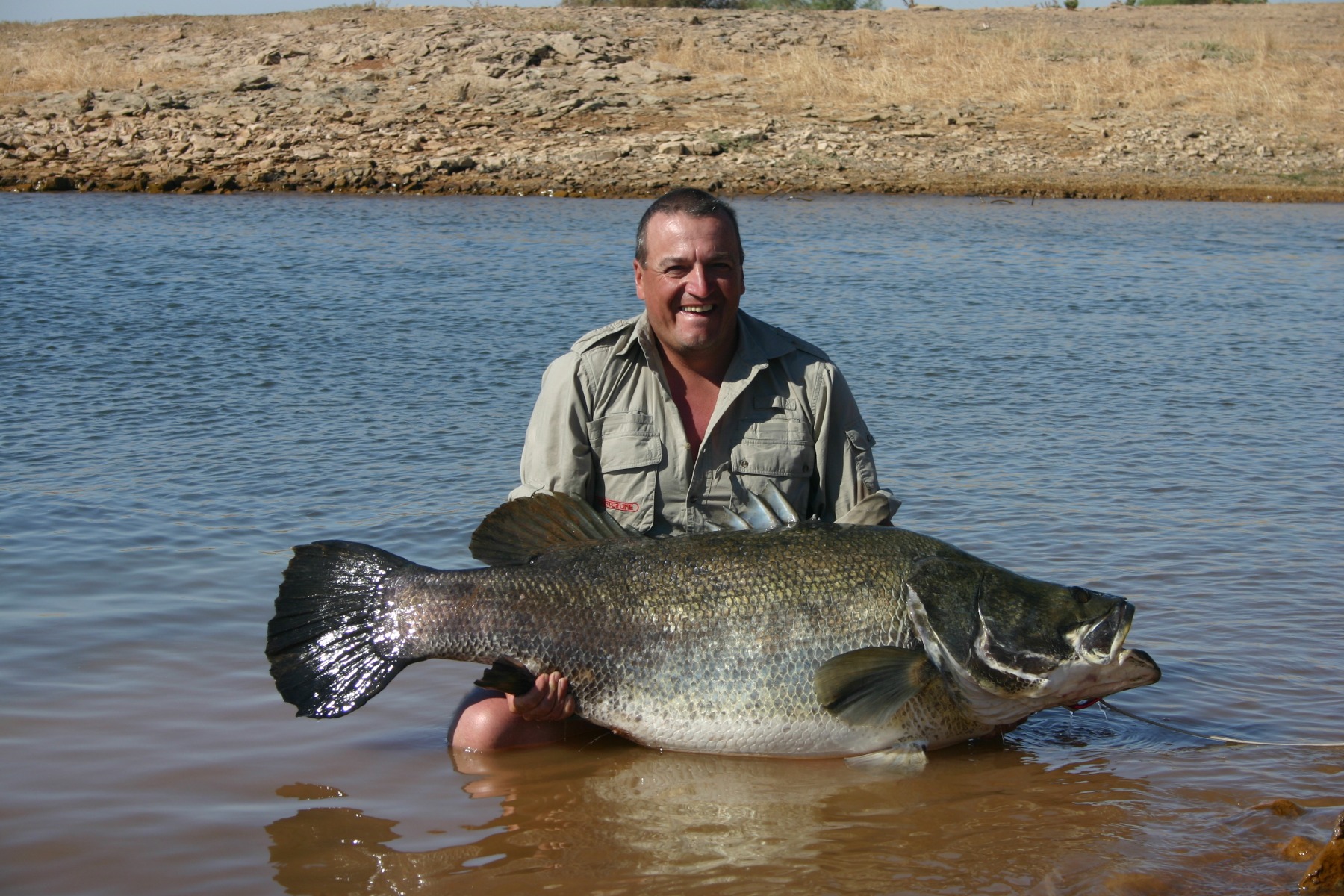 With the fish returned it was a late breakfast before our long trip back to port. Steve and I, spending most of the time repacking gear safely for the flight home the next evening. Our last evening in Egypt was spent in a luxury hotel on the banks of the Nile. Negrashi the Owner of the boats that Angling Direct Holidays use in Egypt had arranged our hotel and had also agreed to meet us for an evening meal,  Steve had met Negrashi on his previous trips so they had some catching up to do.

With our flight leaving Aswan at 18.00 we had a few hours to kill before leaving for the airport. A trip to the local street markets provided us with an insight into real Egyptian life, a revelation for a Norfolk carrot cruncher believe me. A far cry from Norwich market on a Saturday afternoon let me tell you. Our Taxi arrived on time and after an interesting drive to the airport, we were soon checked in and awaiting our flight home.

I would like to take the opportunity to thank Steve for a great holiday and for also loaning the fishing gear, and thanks to Lynda for looking after me during my stay and taking some great pictures of my big fish! I cannot to forgot to thank Negrashi, Morad, Hamsa and Kahlil for their Egyptian hospitality too. 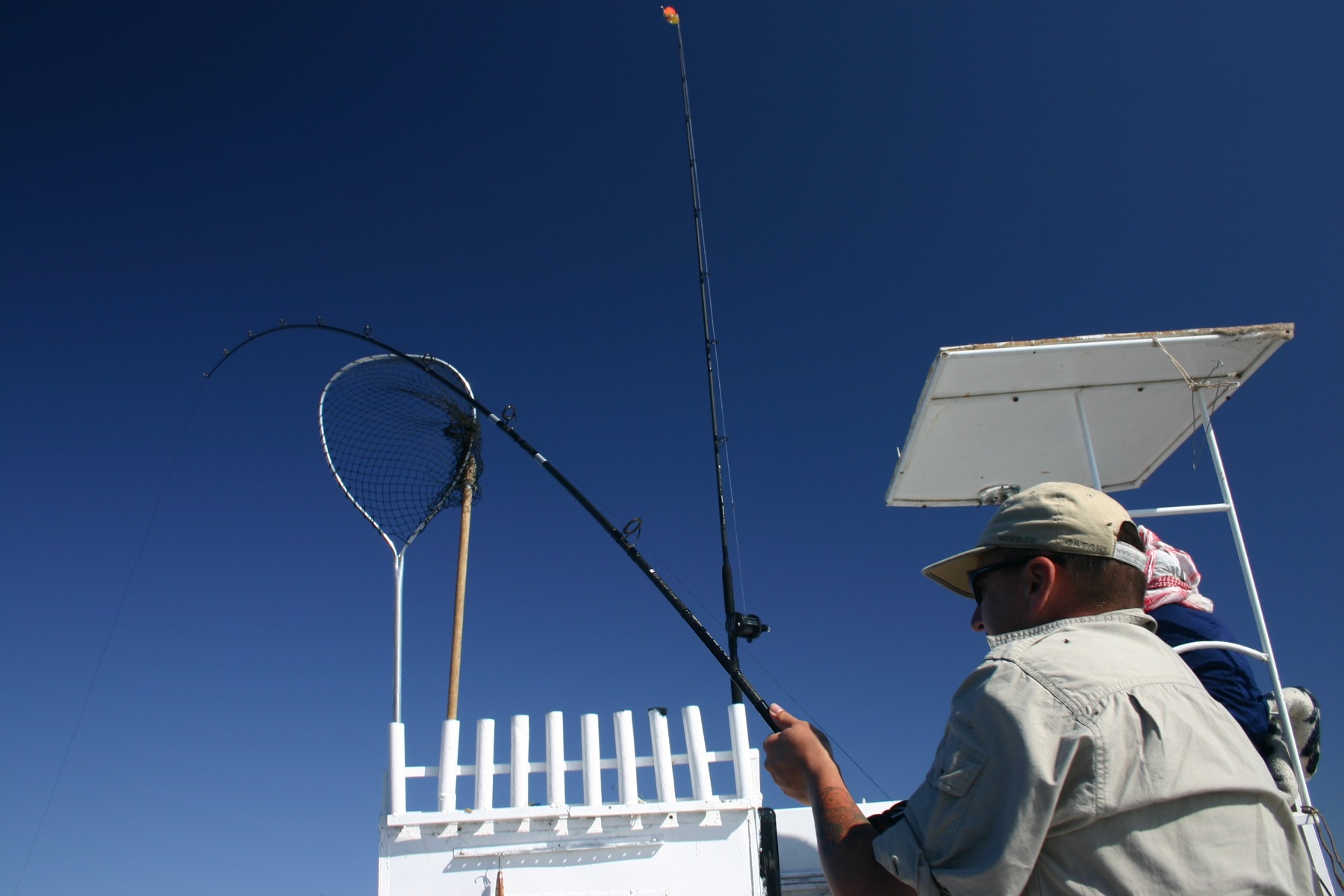 In other news, I had previously written a piece that mentioned my Brother in Law, Ben who was in intensive care in a Coma with the effects of COVID-19. Ben is still in IC and in a coma, the heartening news is he is showing some signs of recovery and looks like he is on the long road to recuperation. So just remember the lockdown rules are in place, not to punish us but to protect us and our family and friends.