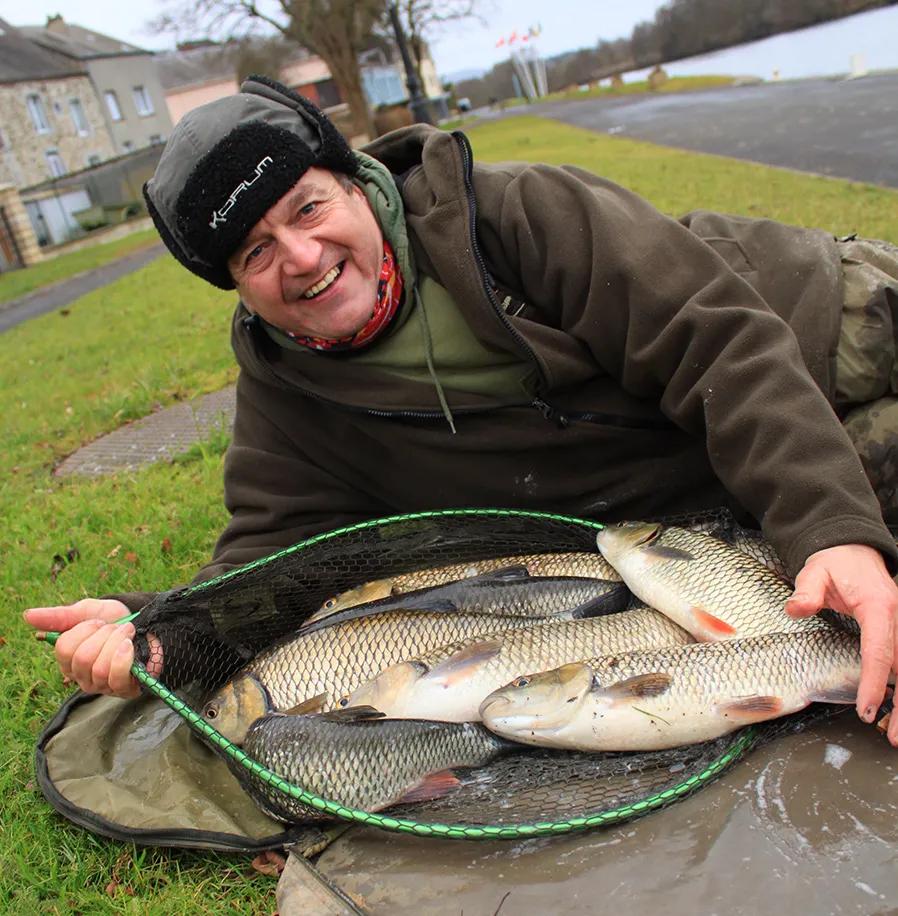 Firstly Happy New Year to everyone and may 2017 bring all you wish and more! Last time I wrote, I gave you an insight into how I prepare and fish using bread when river conditions are low and clear. Well, after having a couple of sessions on the river and getting a few bites with some nice chub and roach, I thought I might tell you about the way the local French guys fish the bread. They also gave me a lesson or two in bagging up, which I’ll share with you too!

My method involved liquidising bread, which is very effective but time consuming and, as I learnt from my French friends, not always so effective when the fish are feeding hard. When fishing with bread it’s very easy to overfeed as bread is filling and fish will soon fill up on it, but when plenty of fish are competing for food it’s a different game.

The French prepare their bread in a different way. Firstly, any waste bread they get they dry out and once they have a bucket full they will soak the bread in some hot water. Hot water is poured over the bread complete with crusts and then stirred and prodded to break the bread down into a paste. The warm water releases the gluten in the bread, resulting in a sticky paste. However, the real trick is to make the paste without using more water than needed.

Next the paste is forced through a maggot riddle to make it sloppy; it should just hold together if rolled around the palm of your hand. If it’s too wet, add a little dry breadcrumb but ideally it should be a little sloppy. The idea behind this is that it forms a cloud through the water column, with only small particles of bread being released. Fish feel vulnerable in clear water and the milky column of bread soup clouds the water, bringing with it a flavour trail to attract the fish. My session started with four or five golf ball sized balls of slop being introduced, with regular top ups as fishing progressed.

My French experts had another trick up their sleeves: once fish were feeding properly, and if they felt there were plenty of fish feeding, then they would introduce some paste. This paste is firmer than the slop, made the same way but with more dry breadcrumb added to hold it together until it reaches the bottom. With fish feeding in the swim, the competition created often sees fish coming up in the water to feed. This can make them difficult to catch, so the stiffer paste will keep them on the deck. It’s then a matter of feeding slop to attract and the stiffer mix to keep them down and feeding right where you can catch ‘em! 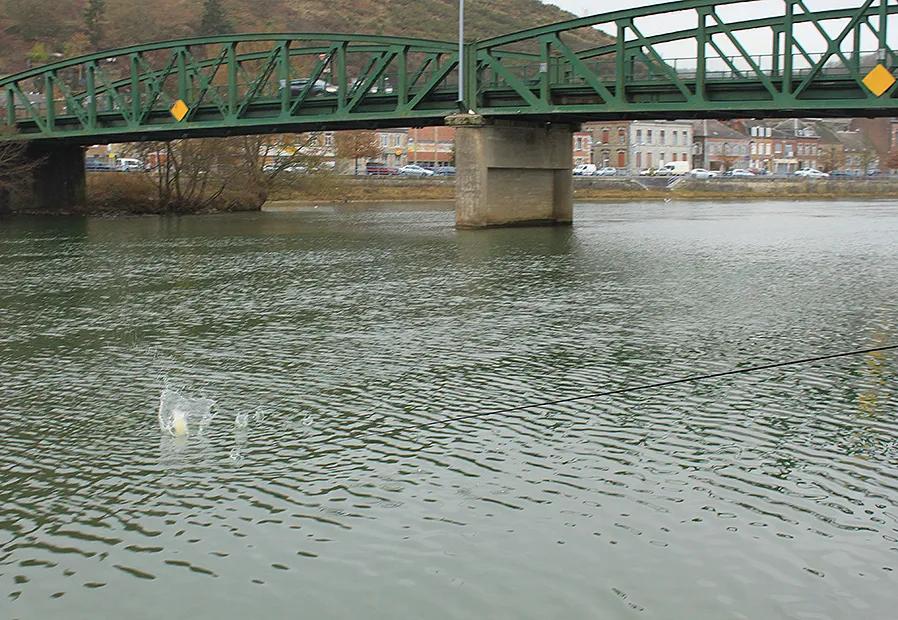 I still prefer to fish my microwaved and rolled bread punch on the hook; it works well for me (the French use the heart of a fresh baguette). However, I have used this method a few times now and have to say it has just got better and better. The last session, in very difficult conditions, I fished under a stick float in about 7 foot of water. This produced over 50lb in not much more than 3 hours. With the line freezing in the rings, it was difficult to present the bait properly, but almost every run through brought a bite with either a chub or a sneep (nase) as the result. 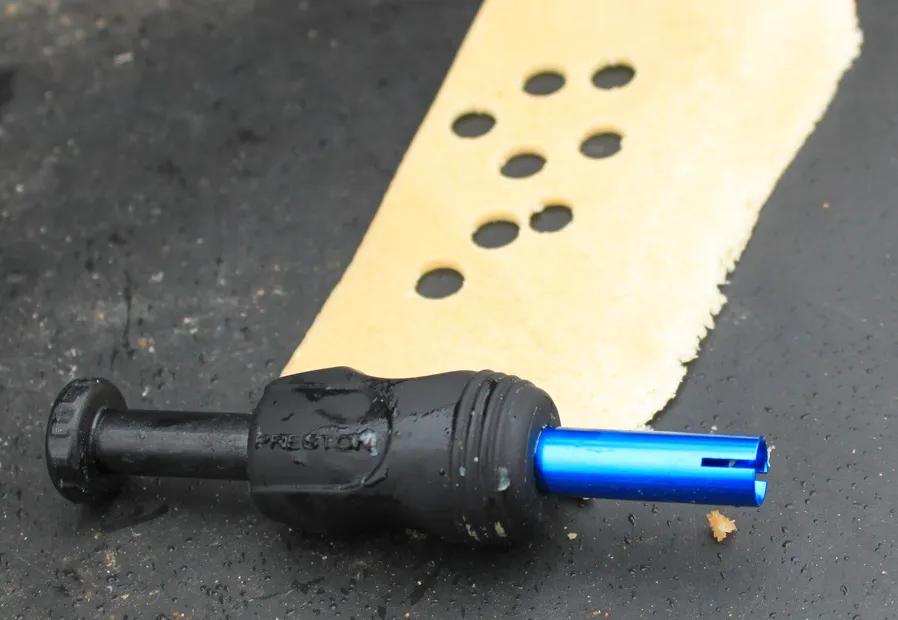 The sneep is a fish not seen in the UK but there are a few in Europe, although not in every river system. The Meuse has pockets of sneep, with a 3lb fish a specimen, and they are quite sort after. They are a bit like a dace, roach and chub hybrid and they feed mainly on algae. This makes them not so easy to catch, although I have found that well presented bread appears to be their favourite treat and I have managed a good few over the last few weeks.

Hopefully, over the next few weeks, I will be catching a few more, along with some decent chub. I know the river holds some very big roach, too, but other than a few up to around the pound mark they have been absent. Hopefully I will find some in the next few weeks. The next challenge is to see if I can find a French grayling. I am told there are plenty around but mostly on trout rivers where fishing maggot is forbidden, so it will be a challenge that’s for sure. 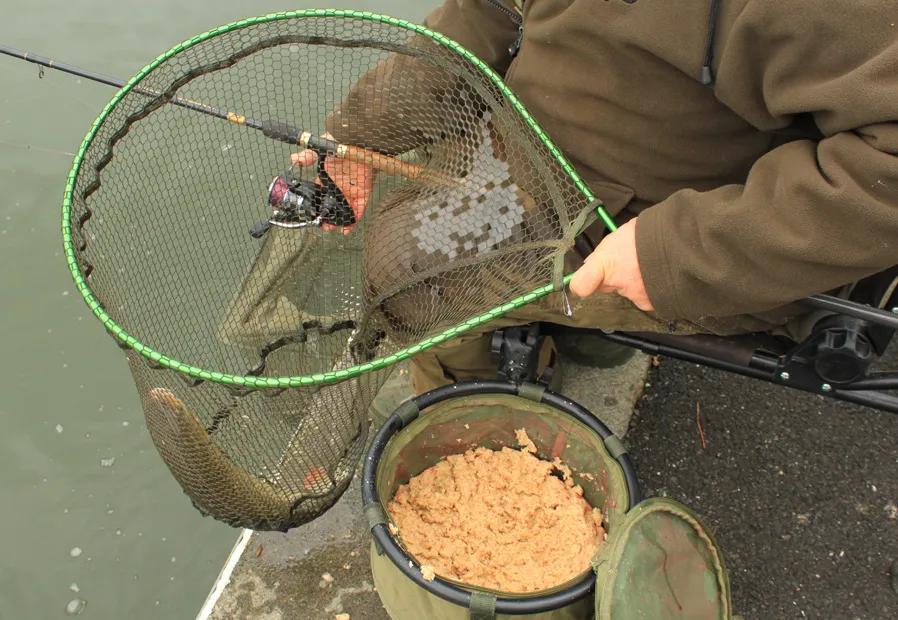 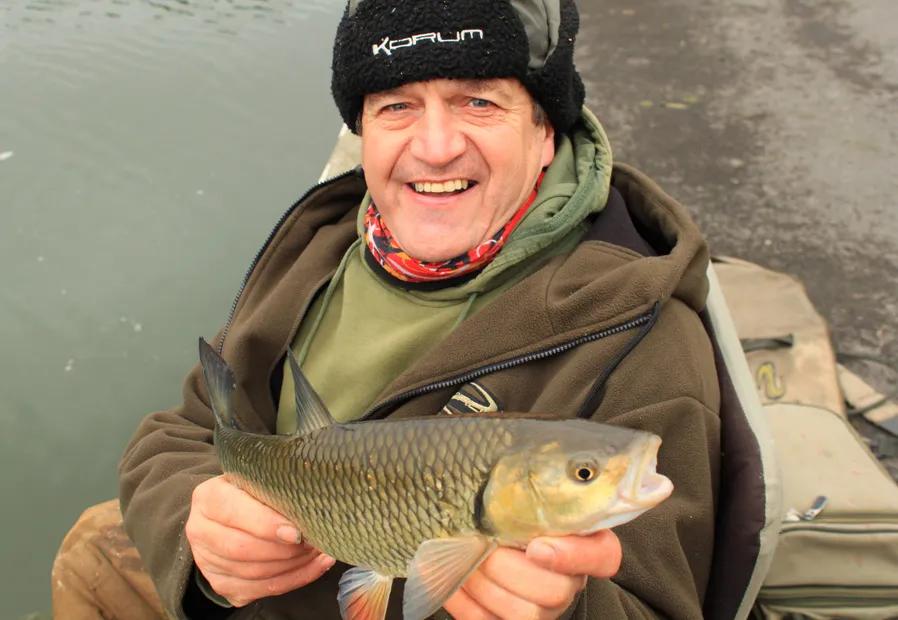