This entry was posted on 29th October, 2017 by Jacob Robinson 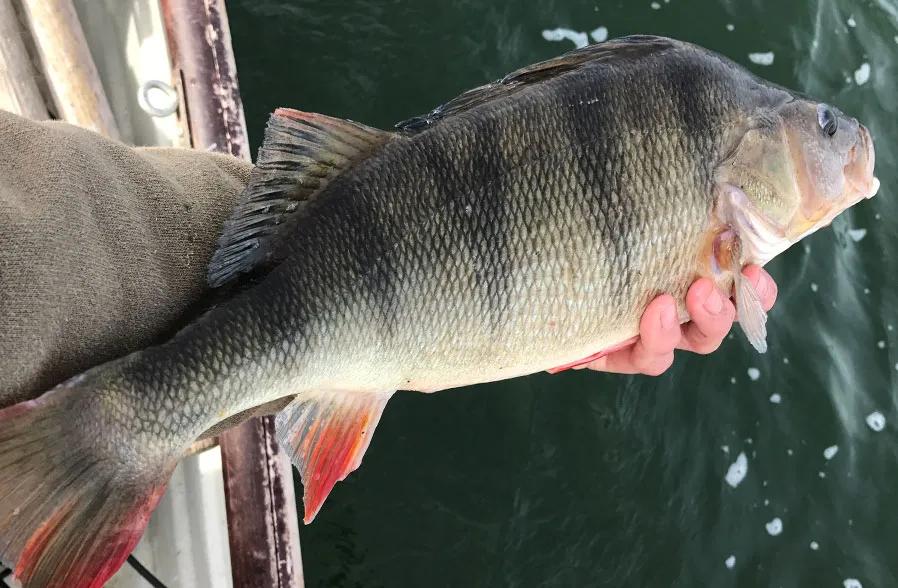 As the summer slowly starts to slip away and the cooler autumn days begin, it normally means one thing for me…perch! In the words of Dick Walker, a big perch is the biggest fish of all and anyone who has had the pleasure of catching a big one will know exactly what he meant.

One of the reasons I enjoy fishing for perch so much is that it’s very versatile, by which I mean the amount of different ways you can target them.

One water in particular which grabs my attention every autumn is the mighty Grafham. It’s a predator fisherman’s playground and my favoured approach for targeting big perch at Grafham is drop shotting. The bites from larger specimens when using this method are brilliant; you’re slowly inching the drop shot along the bottom when all of a sudden you’ll get a…THUMP!

For me, this autumn has been brilliant at Grafham. My first visit was with good friend and fellow Korum consultant, Adam Firth. Our main objective was to get a few fish while filming some of the new Korum speed rods and reels in action. By lunch-time, only two very average-sized perch had been caught and I was starting to think the camera was jinxing us but, as I explained to Adam, if we were able to find any fish there was a good chance of some of them being big ‘uns. 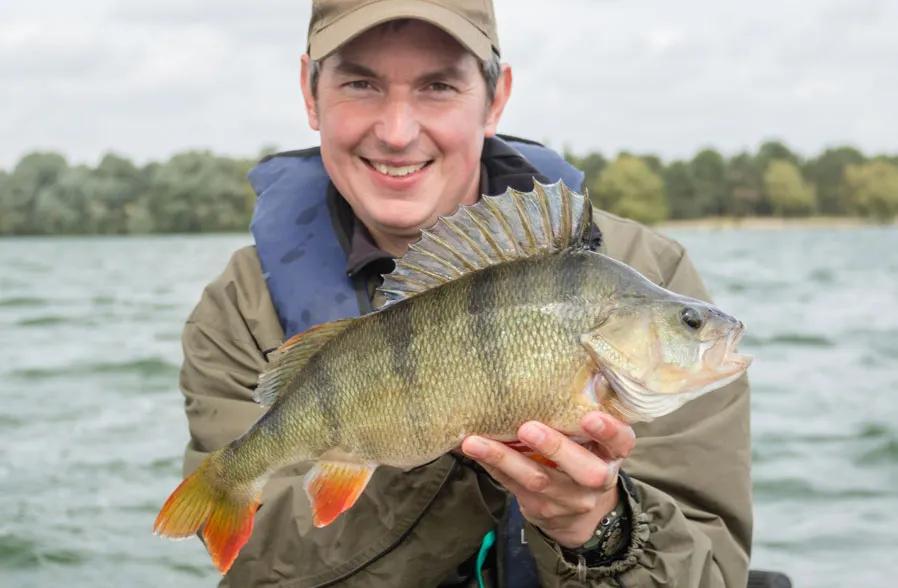 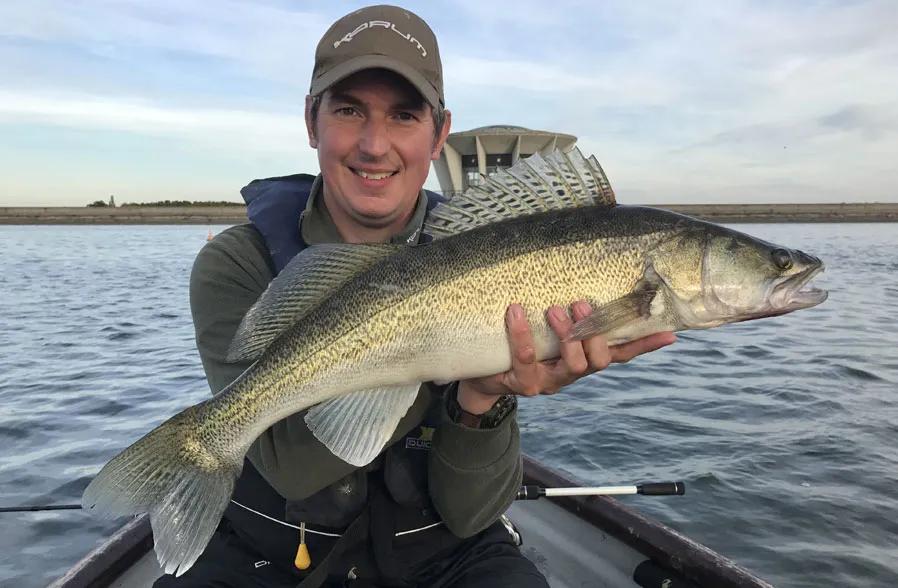 After several moves and failed attempts with both jigs and drop shot, we finally found a few nice perch. Several catches over 2lb came in quick succession, including a scraper weighing 3lb 1oz. Unfortunately, we were soon bullied off the spot by a chap who thought it was acceptable to catch in the same square metre as us. 1500 acres all around and he decides to cast on top of us!

Pleased with bagging a 3lb perch on camera, we decided to try for a zander elsewhere in order to escape our new neighbour. Unbelievably, he actually crashed into our boat while trying to anchor as close as possible…

With the boat positioned in what I hoped would be zanderland, Adam decided to lower his jig beneath the boat for a sneaky cast between filming. THUMP! Instantly, Adam was into a heavy fish. After playing it slowly and carefully, a new PB zander of 10lb 12oz was safely in the net. I turned around to congratulate Adam and who did I see 10 yards behind us, casting within feet of our boat? Yep, the new friend we thought we had escaped from! 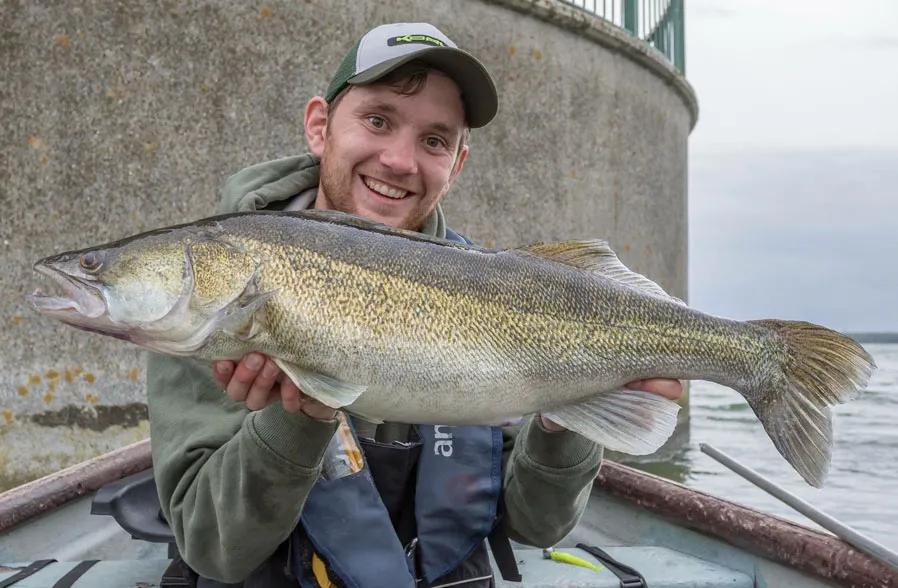 The rest of the afternoon went well, with me catching seven more zander for the camera, but we had nothing else which approached the size of Adam’s fish.

The following week saw me return to Grafham with my regular fishing buddy, Jason. Conditions were much windier, making drop shotting slightly more challenging, but we managed several 2lb+ perch and I don’t think Jason will mind me saying that I showed him a clean set of heels with regard to big ‘uns, catching five perch over 3lb and a monster which weighed 4lb 1oz.

Another week passed before Jason and I returned for more. My very first cast produced a 3lb 2oz perk, but it wasn’t long before Jason was 6-2 up on 3lb+ catches. He clearly enjoyed having the upper hand after being the bridesmaid the previous week.

As the day went on, the perch just kept coming. I wouldn’t like to guess how many perch over 2lb were caught but I’d say in the region of 40-45, plus I levelled the score with both of us catching ten perch over 3lb, matching each other’s best catches at 3lb 10oz. What an amazing day, with twenty perch weighing over 3lb between us. Eventually, the action slowed down and we enjoyed drifting and casting jigs to catch a few zander, with the best being around 7lb but still providing brilliant sport on light jig rods. 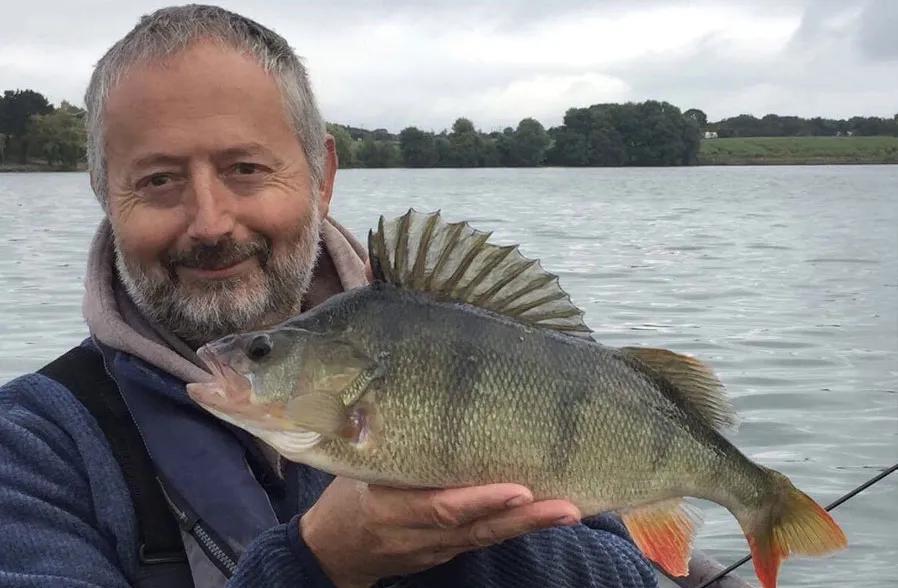 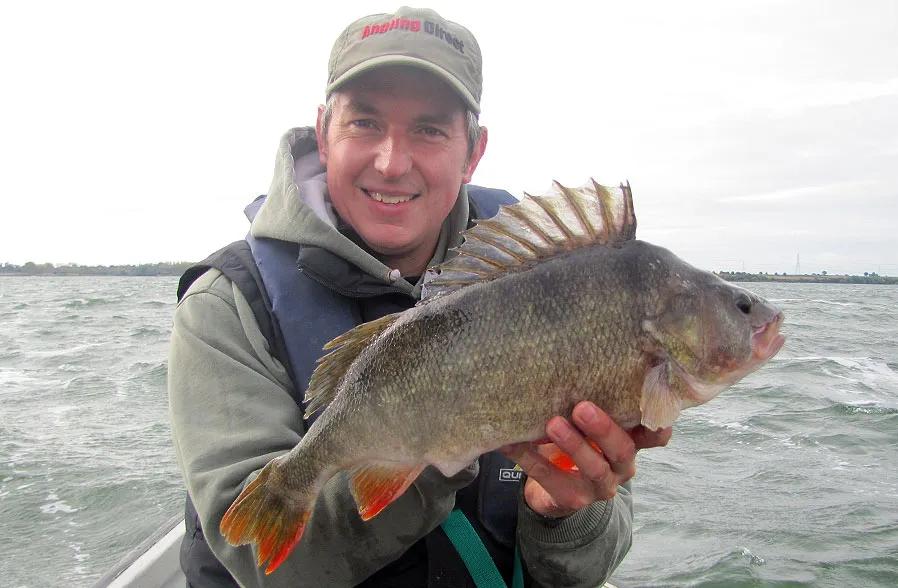 The next trip was a solo trip for me because Jason was busy. I had designs on a bigger zander but was well and truly distracted by the big perch again. Another eight perch over the magic 3lb came my way, with the best two weighing 3lb 6oz and 3lb 7oz. It was possibly the best perch fishing I’ve ever experienced, catching twenty-five fish over 3lb in four trips as well as countless 2lbers, many of which were only an ounce or two short of 3lb.

I did have a heart-stopping moment at the end of the day when I convinced myself that I was connected to a giant zander but when it appeared on the surface next to the boat it turned out to be a mid-double pike.

Hopefully, the next time I’m in front of the PC I’ll be able to share some pike fishing stories because I have a few trips to Chew Valley lake in my diary… 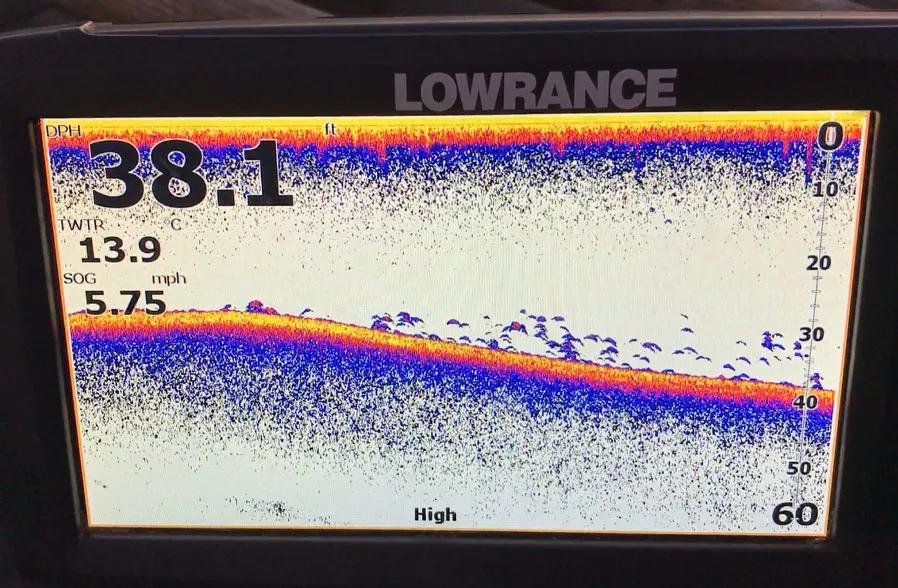 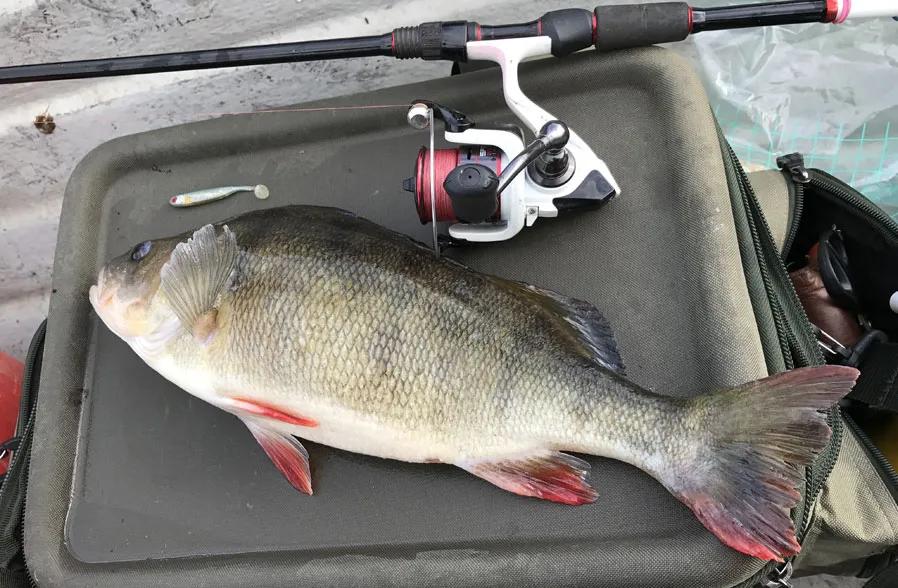