This entry was posted on 17th September, 2013 by Jacob Robinson 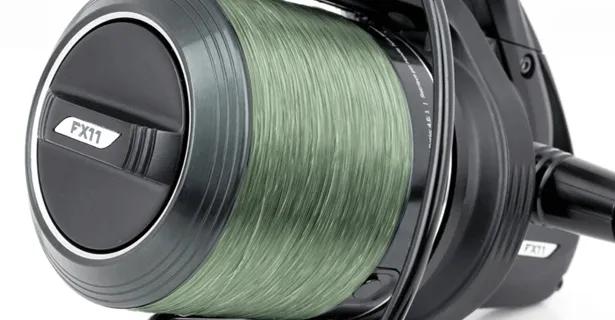 Fox started developing reels around 6 years ago and after a few early efforts that didn’t necessarily ‘hit the mark’ they went back to the drawing board and what followed was a small range of fantastic looking, super smooth Carp fishing reels.

The name’s Stratos, Manesium and 12000S will be familiar amongst Carp anglers as this was the products that really put them on the map in the reel world.

However always striving for perfection, Fox like to push the boundries for design and technology, so didn’t rest on there laurels and stop there, they once again went back to the drawing board and came up with something extra special.

In an already crowded market, it was going to take something extra special to grab the attention of Carp anglers, but we think they might have just pulled it off, as new for 2013 is the brand new Fox Fx11.

Why do we think this is so special?

Well for a start and for those who don’t know, Fox design and produce there reels from scratch, and can therefore produce a product specifically for carp fishing, unfortunately many reels still on the market are designed for sea fishing and then marketed to the carp angler with a few aesthetic tweaks.

Why have Fox produced this?

Following the great success of Fox’s magnesium 12000XT and graphite 12000S and FS reels they were regularly inundated with requests for a smaller sized reel, that would balance better with rods of 2.75 and 3lb test curve. Many anglers love the look of a 12000 reel but really didn’t need something that big and so after two years of research and development the company is now ready to launch the stunning, matt black, understated FX11, which can be described as a scaled-down big pit reel.

What features does the reel offer?

Fox were keen, however, to make their downsized big pit reel an all-rounder and thanks to the super-slow oscillation giving impeccable line lay you can comfortably put the FX11 onto your higher test curve casting rods and put rigs well over 150yds should you need to.

In addition to the super-slow oscillation the FX11 also features a Quick Clutch on the front of the spool, allowing you to go from tight enough to cast to loose-enough to get a run with just one and half turns of the clutch – if you make it any less than this you will lose clutch definition. 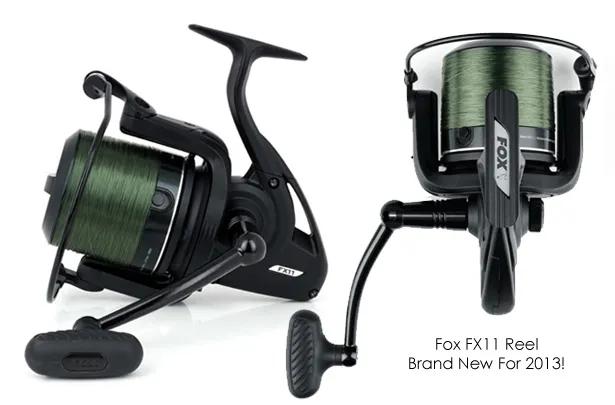