This entry was posted on 20th June, 2018 by Jacob Robinson 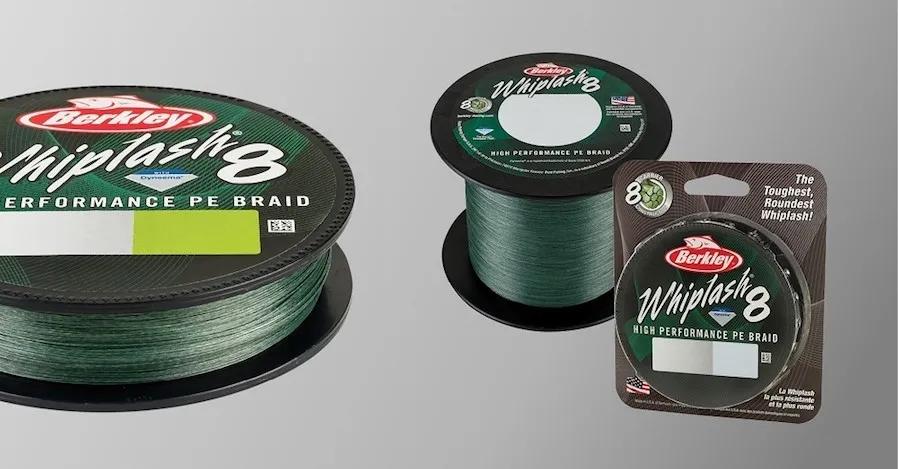 Braids don’t come any more ‘proper’ than those supplied by Berkley...

BERKLEY ARE the venerable American line producers who have been around since 1937. Whiplash 8, now in its umpteenth year of production, is different to traditional braids; this stuff is processed to a thinner diameter (the 24lb version is 0.06mm!), making it smoother and non-abrasive so it casts further. Here’s everything you need to know about the the world’s most popular go-to spod/marker main line… 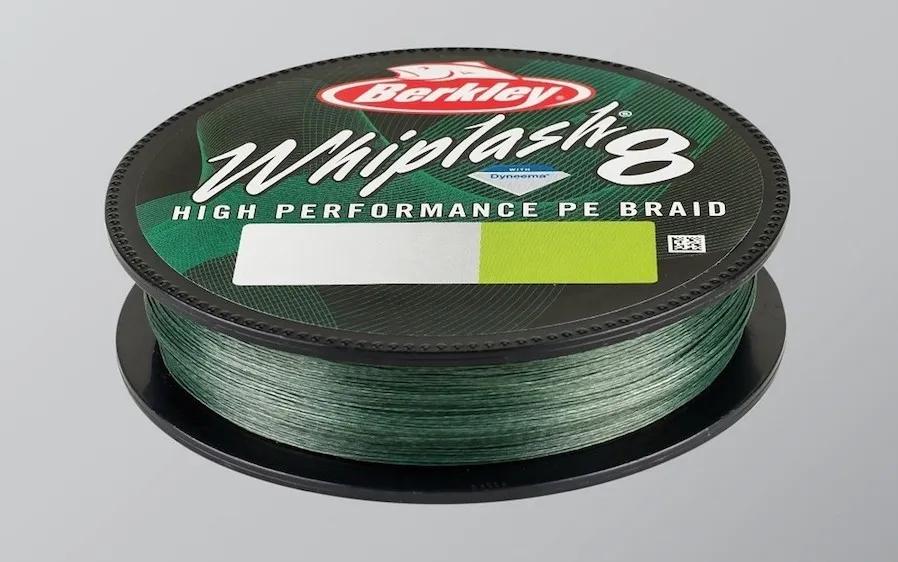 I know Whiplash! It’s been around for donkeys… It sure has, and at one stage it was wrapped around the spools of most big named anglers, from Fairbrass and Fareham to Hearn and Sharp. But it has evolved a bit since those early break-through days - namely it’s now even stronger and, get this, thinner!

I thought it was already model-stick-thin? It was, but advances in braid manufacturing have seen the 0.06mm diameter now reach a breaking strain of 24lb rather than the previous 20lb. This is all thanks to the unique properties of Dyneema - the world’s strongest fibre - and this braided main line is 100% PE Dyneema. That gives unparalleled strength and tough abrasion resistance. And on top of that, thanks to its eight-carrier construction and new perfectly round profile, it’s slick off the spool too.

You what?! Eight-carrier? Huh?! Eight carrier means that there are eight strands of fibres woven together within the body of the braid - hence the name: Whiplash 8. The more carriers, the higher the quality, and the pricier the braid. Translated into layman’s terms, this stuff is top of the tree. 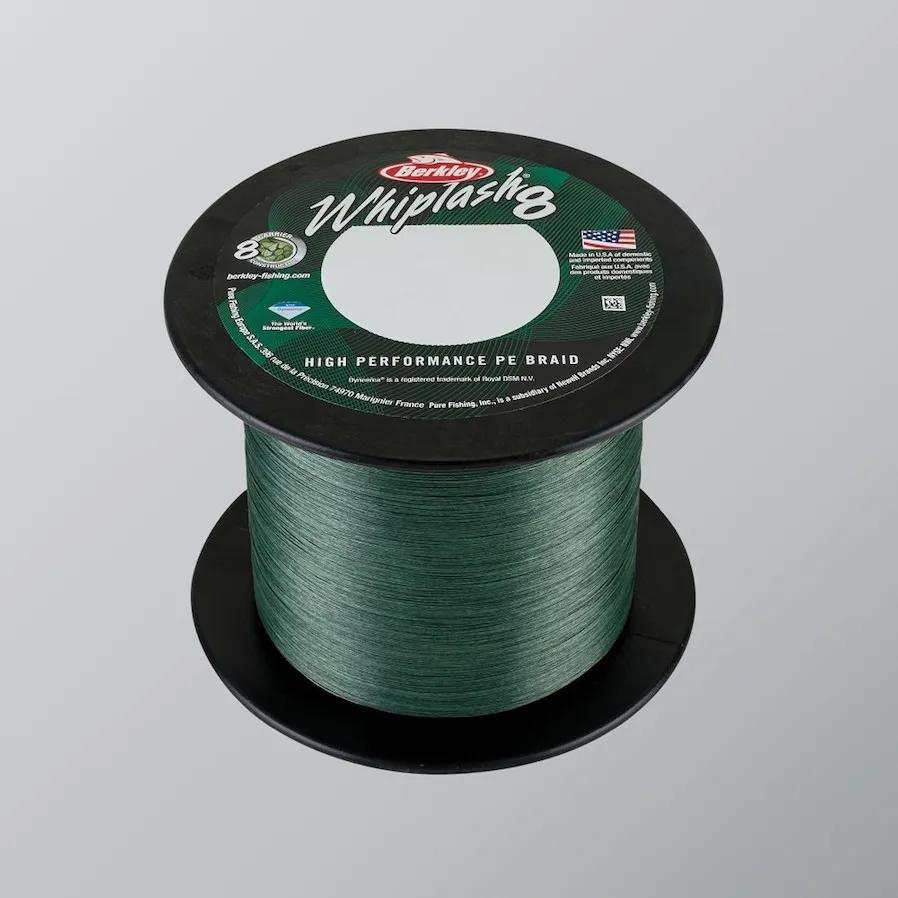 Tell me about the round profile… It’s just that: perfectly round, so it whispers through the air, causing minimal drag. Its strength-to-diameter ratio means you’ll be launching your marker or Spomb easily as far as your normal fishing rods/lead set-ups. Remember, because there’s zero stretch in braid, you can compress your carbons quicker and therefore cast further too. And thanks to the lack of stretch you’ll feel every hump, bump and strand of weed, whilst having complete control over your Spomb.

But braid’s expensive, right? Is this going to cost me my marriage…? Not at all. A 300m spool will set you back around £29.99 - so for just £15.00 each you’ll have your spod and marker reels loaded up and ready to hit the horizon. That’s pretty darn awesome - especially when it’s of this calibre. Your spod and marker reels await with bated-breath! 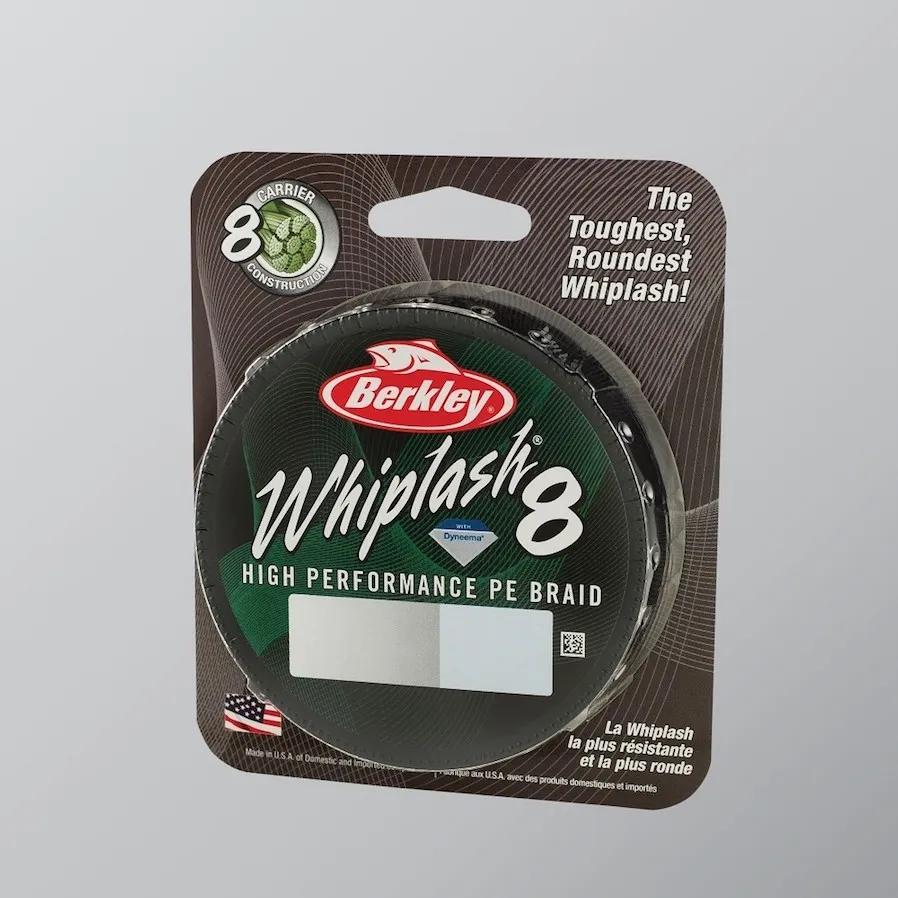