This entry was posted on 1st May, 2015 by Jacob Robinson 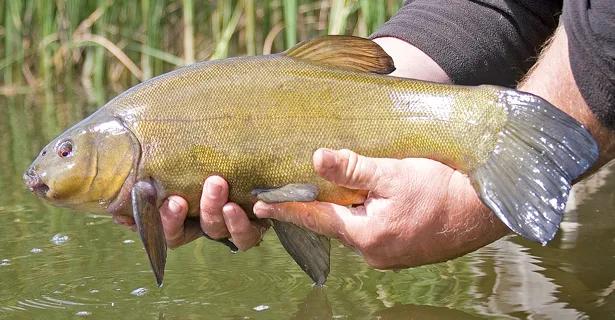 ...catches the tench on the waggler, as CFA ace Des Taylor more than demonstrates.

Picture the scene. The first rays of soft summer sun creeping through ancient trees, a slight breath of mist lifting from the silent, stillwater and the only thing breaking the surface is the glowing tip of your float… until a flotilla of pinhead-sized bubbles fizzes to the surface – the tench have arrived.

Romance, drama, intrigue: float fishing for tench has got more of each than anything ITV can offer. It’s also one of the best methods to target this most enigmatic of species in terms of presentation and bite detection. That little piece of plastic, wood or quill on the surface can interpret a world of activity in the depths below it, and in the most exciting angling way possible too. 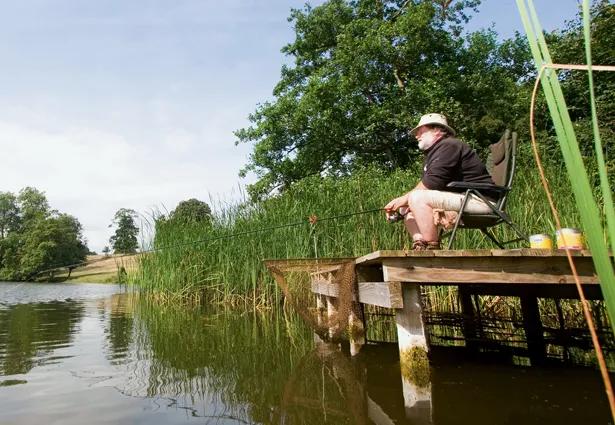 If, like our readers, you want to find out more about how to become better at catching tench on the float there’s plenty to learn, especially when it comes to creating a swim and making it easier for yourself. To help get to the bottom of things we met up with Coarse Fishing Answers regular and big-fish guru Des Taylor. Here’s what he had to say…

Our venue for this session is the stunning Dudmaston Big Pool run by Kinver Freeliners Angling Club. In the grounds of a large estate this is as romantic a tench water as you could ask for, with the added bonus that it has a healthy stock of the species. When we arrive Des has already been there a few hours, having set up his stall on one of the sturdy platforms at first light. 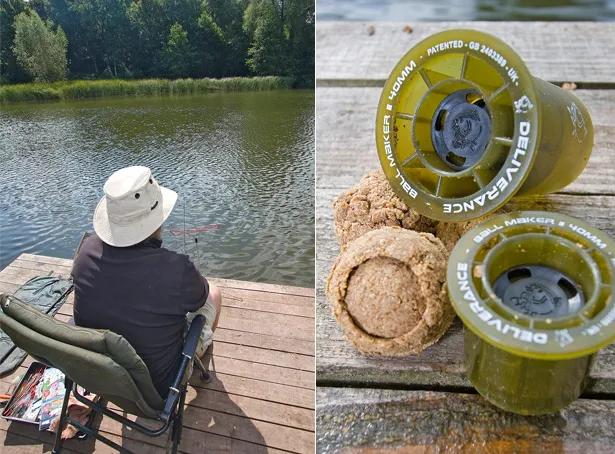 “The most important bit of advice I’ve got for any tench angler is to get a good alarm clock, because if you want to catch more tench, on the waggler or any other method, you need to be up and fishing when they’re feeding at their most confident, and that’s early,” says Des, seriously.

Today he arrived at the water just after 4am, but he was also in the swim the night before too. “Again, like getting up early, the effort you put into your fishing is usually always repaid in terms of the amount and size of fish you catch,” continues Des. “To make sure that the there will be tench in or at least near your swim when you make your first cast of the session I highly recommend a bit of prebaiting the evening before. Yes it can be a pain, and okay it’s not always possible, but if you can do it I almost guarantee it will improve your fishing.”

Coming down at last light the previous evening Des fed his swim with two kilos of groundbait, spread over an area directly out from his platform at around three rod lengths’ range. He wanted the tench to be moving around to feed on the bait as this would keep them in the area for longer – long enough for him to capitalise on them being there this morning.

The groundbait he uses for the job is Bait-Tech Pro Natural Dark, for a specific reason. “The bottom of this lake is silty and dark, so I didn’t want to create a patch of bait that would see the fish show up as they moved over it, as this can upset them a bit,” Des reasons. “Using a dark colour still delivers the flavour and attraction needed to draw the fish in, but without the risk of putting them off through silhouetting them again your feed.” Arriving early the next morning it’s obvious straightaway that feeding the night before has paid off. The surface above the groundbait is alive with bubbles, and they look exceedingly tench.

To top up the feed and keep the fish feeding Des is straight into his bait bag. It’s a two-pronged attack this time – the first is a few more balls of the same groundbait, but this time laced with sweetcorn, the second a number of balls of scalded pellets. The latter are produced using a Nash Deliverance Ball Maker to give Des consistent and well-formed balls of the sticky pellets for accurate baiting. “Last night it was just groundbait to get them feeding but not fill them up; now I’m giving them a bit more in terms of proper food items they should start feeding better, but I haven’t given them too much as ideally I want them competing for every bit of food in the swim.” 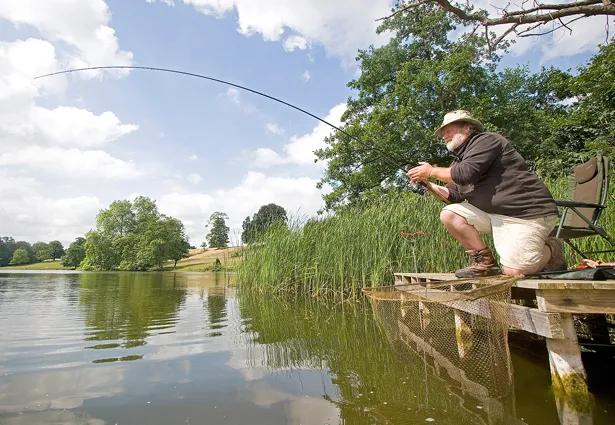 With the swim primed and ready it’s time for Des to break out his tackle. “You don’t need to overthink this; you’ve done the hard work in getting the fish where you want them,” he explains. “Basically you just need to strike a balance between having gear that will see you get bites and allow you to get fish to the net.”

Fishing an open swim with little in the way of snags Des uses a Fox Duo 1.5lb specialist rod matched with a 3000 Drennan FD reel. This is loaded with 6lb line (GLT Pro Gold) that runs right through to a size 12 Drennan Specimen Plus hook. 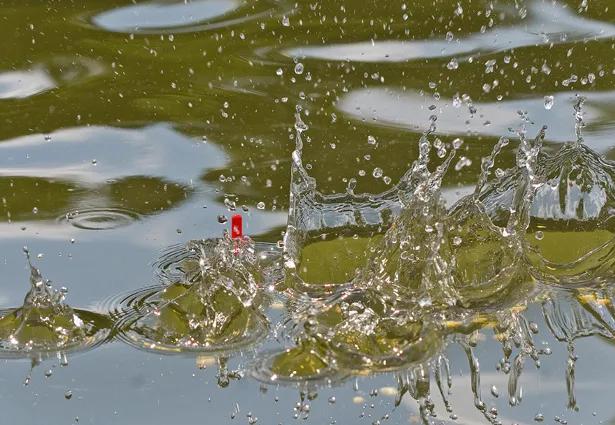 Providing the bite indication is a straight Drennan crystal waggler. This is weighted down by a shirt-button-style shotting pattern, but not too far as Des likes a good amount of float tip showing to help him avoid foul hooking fish. “There are a fair few fish in the swim and they’re a good size, so I’m getting plenty of indications that tench are knocking the line and catching it with their fins,” he explains. “If I have the tip out a little more than usual, say around half to three-quarters of an inch, then it will take a proper bite to make me strike. The last thing I want to do is hit every dip under the surface of a tightly dotted down float, foul hook a fish and then scare everything else out of the area when I’m having trouble getting that fish in.”

On the hook Des’ bait is two grains of corn – he opts for Bait-Tech Natural Super Sweetcorn – which is presented overdepth to keep the bait static. 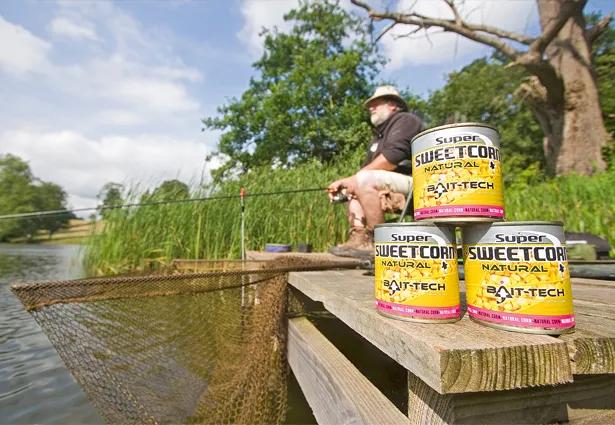 With the swim now boiling with bubbles it’s not long before a fish takes his corn. These Dudmaston fish fight hard for their size, but there’s soon an olive-green 4lb example in Des’ net. A trio of others of a similar size follow, before things die off a bit. “This can happen after a few fish, where the others get a bit spooky and back off. I’m feeding regular handfuls of corn into the swim, but at this point I’ll add another ball of two of the groundbait to try and regroup them. I also find that regular casting, and even twitching your bait up in the water and letting it fall again, can help induce bites until they grow in confidence again.” 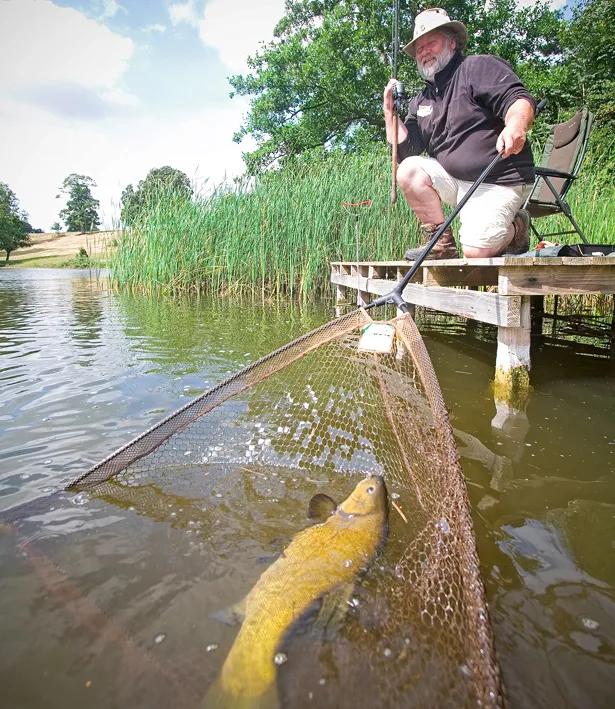 With the fish once again feeding well Des now starts to employ another little trick to make his fishing both easier and more effective. “I started fishing at around 30 yards, but every time I feed I’m dropping the bait shorter and shorter. I’m now fishing at around 15 yards and basically laying a trail of bait to get the fish closer and closer to me,” he tells us. The idea behind this is that the closer the fish are the less effort and less disturbance Des will make when casting, plus his feeding will be a lot more accurate by hand as opposed to by catapult.

The tactics work a treat and by playing a game of cat and mouse with the tench he puts together a fine net more than a dozen fish averaging around the 4lb mark. “Starting early and putting the effort in will not only see you catch more fish on the float, but it will also allow you to keep them feeding longer,” says Des as he smiles with a selection of his catch for the camera. “Once tench get their heads down they will keep going until the sun’s way up in the sky. As you can see, these tactics aren’t rocket science but they work very effectively – you just need to put the effort in, and effort equals reward.” 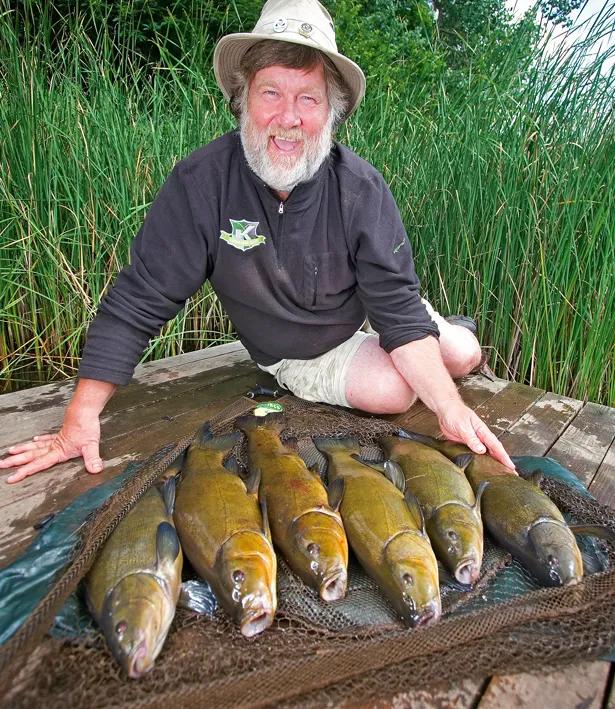 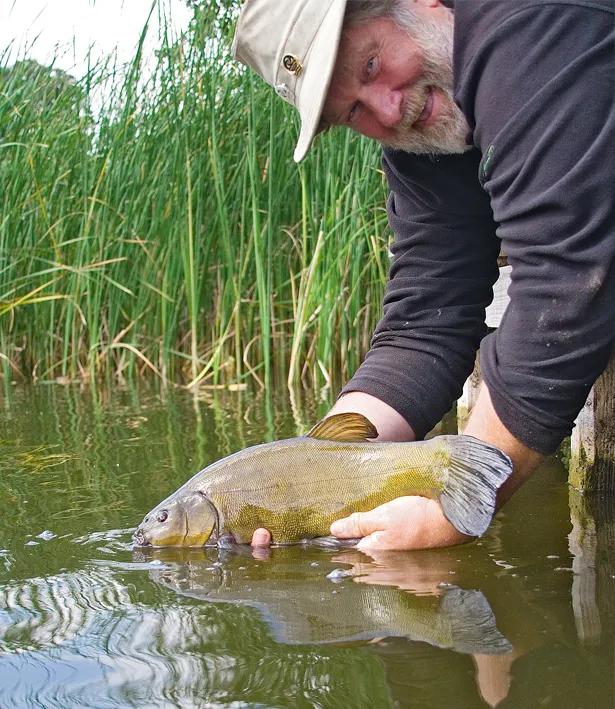