This entry was posted on 4th May, 2018 by Jacob Robinson 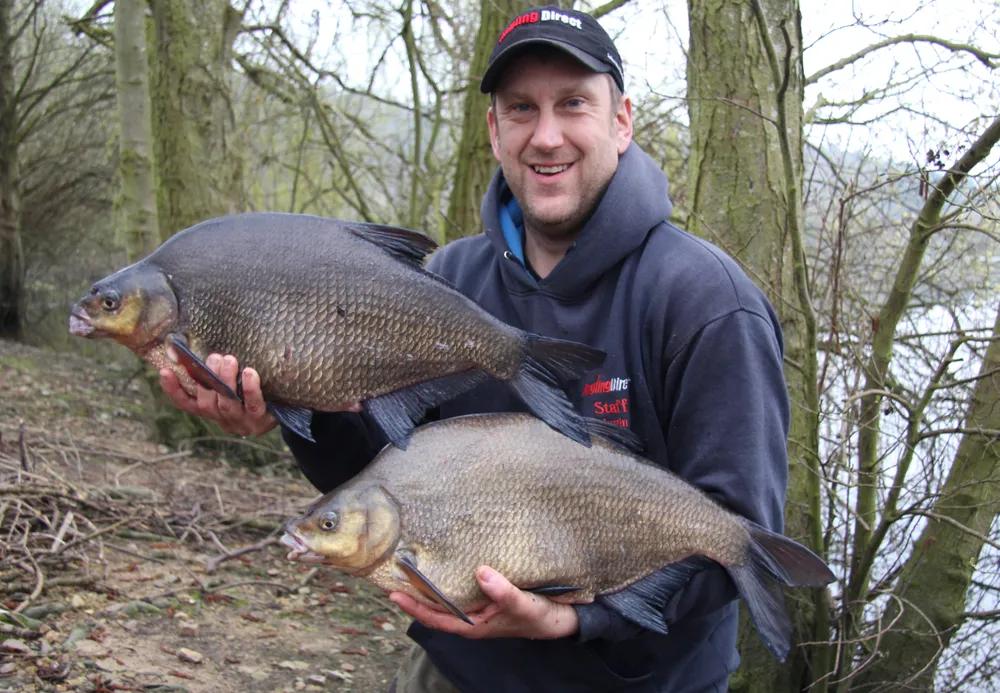 The first session of the spring is always an exciting time, with everything coming to life, from the birds and plants, to - hopefully - the fish. This spring is now going to be a time of change for myself as well, with a new job and a change of hours which will be eating into my fishing time, so every session will be short, and my decision making on where to fish and how to fish will have to be much more clinical. My first session of the spring, I would be trying for the Bawburgh lake bream. In the past Bawburgh lake has produced a large number of double figure bream, but over the last few years they have reduced in numbers. I was still intrigued to see what was in the lake, so, after I left my old job on the Friday lunchtime, I made my way to the lakes to see where was free, and to see if anything was showing. After a quick pit stop at the shop to pick up some supplies I arrived at the lakes to find it was pretty quiet, so I headed for a swim that looks out over most of the lake, and stood in that swim for a few minutes to see if anything was happening. Within that few minutes, a couple of tench rolled in close, so I went back to the van to get the marker rod out and have a throw about with the Deeper Pro Plus, to find an area out long which I have fished before, and to map the swim out for future reference.

Within a couple of casts, I found the area I was looking for. At 72 yards there was an area which came up to 12’ with 14’ around it, and in the past, it seemed to be an area where the bream moved from the middle of the lake around an 8’ plateau. As I was mapping out the area, a few fish started showing up in the area I had picked; with them being close to the bottom I was hoping they were bream, and would return to the area after I had put all my bait out. With bream being big eaters I was planning to put in a fair bit of bait in the way on a 2kg bag of Sonubaits bream feed, about 1kg of Advanta mixed particle, half a match pack of lobworms ( chopped up ) , half a bag of 4mm pellets, and a good handful of Tutti Frutti 10mm boillies. It was more than I normally put out, but I was hoping that if there were a few bream about, I could hold them in the area and get a bite or two. Darryn was due to join me that afternoon but with him finishing work later than expected, it was tea time before he arrived. I chose a swim that would accommodate the both of us for the night, and we had a catch up and a chat about the coming season. As the afternoon rolled on there were a few tench rolling in close, but I reframed from reeling in and casting closer as I was hell bent on targeting the bream.

The tackle of choice was the Drennan inline method feeders of 45g, which I fished on a short Korda supernatural hooklink with a size 12 curved hook. I was going for pop ups on all of my rigs, and picked out my new Tutti frutti boillies from Advanta for two of my rods, and plastic Enterprise corn soaked in Esterberry on the other rig.

I got all three rods out on the dance floor first time, which was good for me in a slight head wind, and then the waiting began. 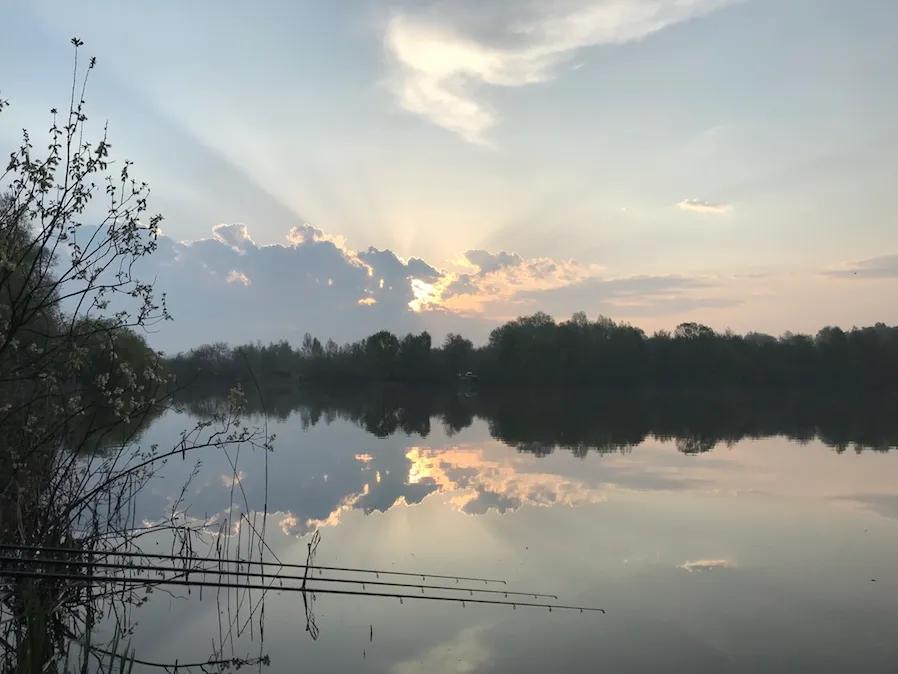 As the evening drew in and the expectations started to rise, I started to get the odd single bleep, which was a good sign; they could have been from anything, but I had convinced myself that they were from the resident bream.

As the afternoon turned into darkness, and Darryn and myself sat there watching the water for rolling fish with a mug of red and a cheeky cigar, we both chatted about the upcoming spring fishing and how it would turn out.

After a couple of hours, we turned in, in hope of a bite or two in the hours of darkness. The single bleeps had stopped by darkness, so we were not expecting too much, but at 3.20am my middle rod sprung into life, and, in my half asleep state, I stumbled out to the rods and lifted into a fish. It felt like a good fish, and wasn’t really doing anything so the thoughts were “is this actually what I came for? “and, as it got in close, I could see a bream shaped fish; after a short thrash about, a good sized bream was in the net. 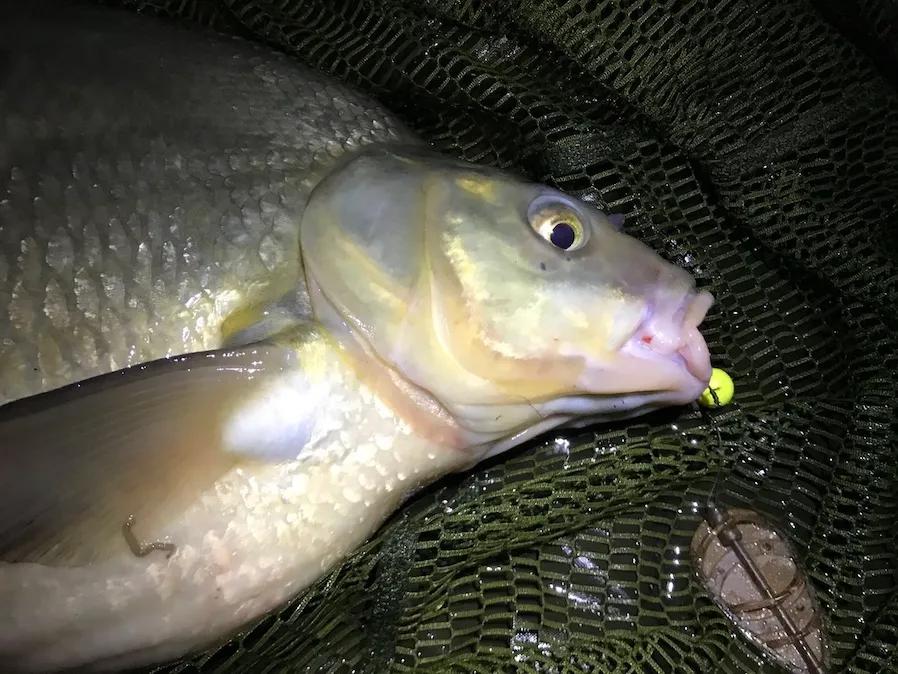 With Darryn still being asleep, I unhooked the fish in the net and got the rod ready for a recast. And the recast felt like it was spot on, so I settled back in my brolly to sort my stuff out and get the fish ready for weighing. The fish on the matt looked like a double figure fish, and on weighing she pulled the scales around to 11lb on the nose. As I rested the fish back in the lake and walked back to the brolly the middle rod was away again. And again, on lifting into the bite it felt like a good fish; this time the fish was throwing its head about like a tench, but then it just started to come in like a bream, so was this to be number two . By this time, Darryn was awake and doing the honours, nettiing what looked like an even better bream. Two bream in the same net within 20minutes was more than I could have hoped for. This bream looked bigger, and on the scales went 11lb11oz. I was over the moon with these two bream, and it was a bit of an eye opener on how many big bream were still in this lake. Not much happened in the remainder of darkness, so on first light I got some pictures of my brace and had a recast just to freshen things up. 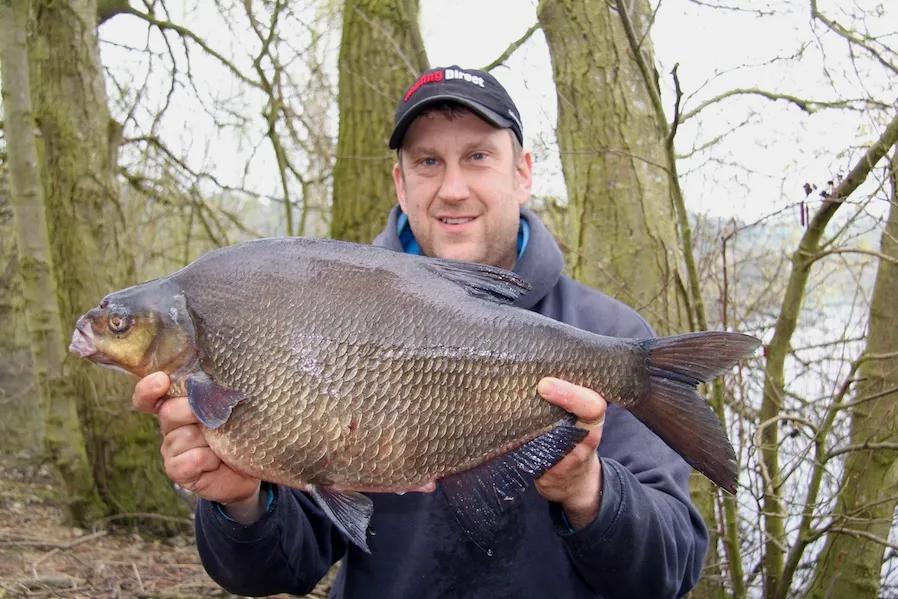 I did get another bite after about an hour of recasting, but lifted into nothing. I recast that rod again, and sat back in hope of another bite, but to no avail; with having to leave about 11am, that was the end of the session for me, but I was very happy with my efforts and went home feeling I had fished well, and to have caught on my first try on the new bait was a bonus. I did get another short session in the next Saturday night, but didn’t really get what I wanted, and had packed up by 9pm, and went and sat with Darryn, watching him casting tench after tench. With a holiday the next weekend that would be the last session for a few weeks, and hopefully by the next time I wet a line the fish will be on the feed hard and I can get my fix again.

So until the next blog, tight lines, and enjoy your fishing. 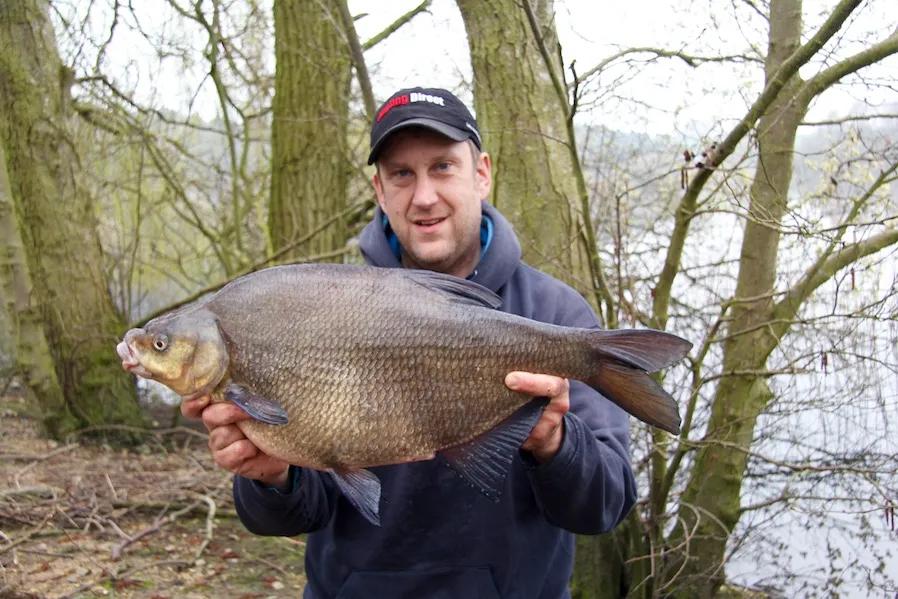