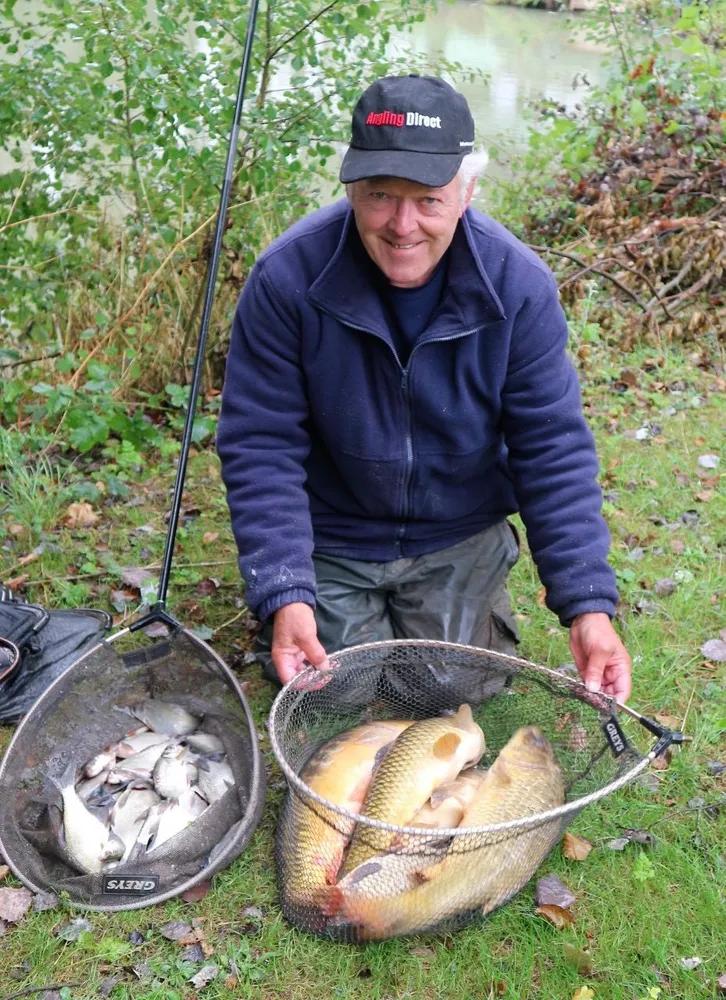 First trip of the month was to Willows Fishery at Foston. I wanted to try the shallow lake again by the car park, after enjoying a couple of great day’s sport there last year. I still had a pole rig handy that I used before, but needed to take even more line off it, as the water level was well down. Plumbing around the swim, the most depth I could find was just 14inches! This could be a tricky day I reckoned.

I fed a couple of helpings of micro pellets, casters and a smattering of 4mm pellets in a pole cup to the right side of the peg, then flicked a few loose casters over to my left with a catapult, where I hoped to catch some roach later in the session.

I caught skimmers straight away over my main feed line, switching between casters and 4mm hooker pellets. The fish were mainly small with just the odd better sample turning up. After a few hours, I decided to try a lightly strung rig over where I had been feeding casters regularly. First put in the float buried and my light pole elastic stretched out right across the lake. The tiny size 20 hook I was using lost its hold and my rig shot back across the water. Obviously a carp. I could see the bottom churning up where more of these fish were grubbing about for the casters I had been putting in.

I quickly set up a much heavier rig with black Hydro in a power top kit, using a bigger hook with two casters installed. I caught a couple of smaller carp to begin with, then added three much bigger lumps towards the end of the session, to complete yet another enjoyable day at this fishery.

Next trip was back to Buckminster Pit, to see if I could catch some more tench before this species shuts down for the winter. My plan this time was to feed krill groundbait and pellets, with a few casters mixed in. I set up a bulk rig on my margin pole with a 0.16mm trace and a strong size 14 eyed hook. My margin pole is actually quite long at 10m and I decided to fish it full length, close to a weed bed I could just make out below the surface. After putting in a few hard balls of groundbait via a pole cup, it didn’t take long before tench bubbles started to erupt over my feed area.

As is normal for tench, bites came out of the blue and were quite difficult to connect with. I suspect this is because the fish become a bit wary by the end of a long summer and sustained angling pressure. Anyway, I persevered with a 6mm krill hooker pellet and was soon playing and landing a good fish. 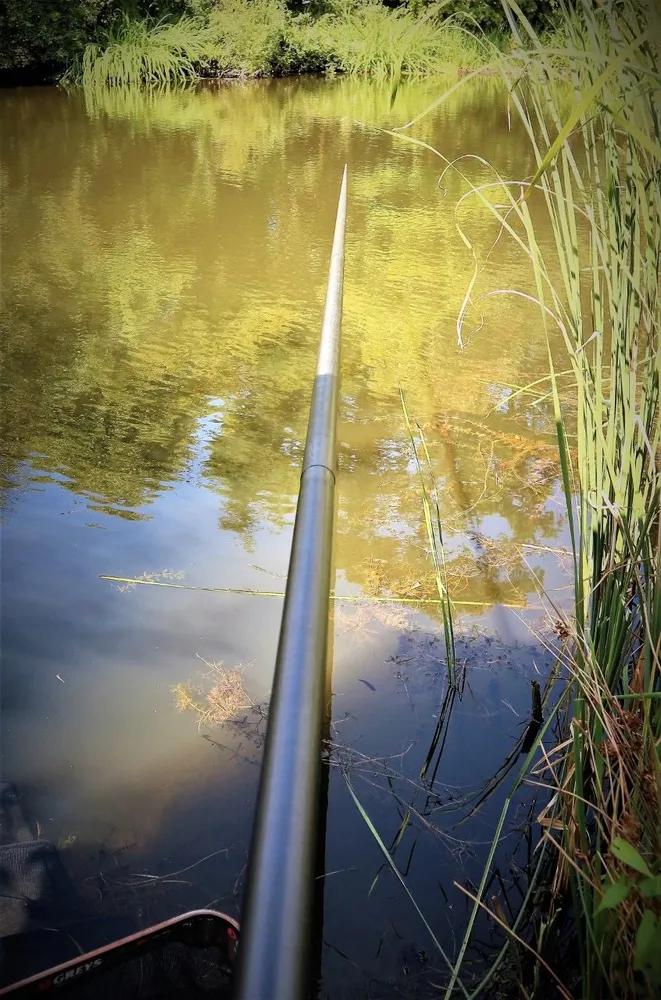 I had a few problems with rudd after the first tench, even when dumping my rig in to try and get through them. I tried sorting this out by feeding more hard balls of groundbait, which immediately attracted big clusters of tench bubbles again. I found if I could get my hook bait to the bottom without any small fish interference and leave it hard on for a while, eventually a lightning fast bite would result. I didn’t hit them all, but when I did a lively tench resulted. 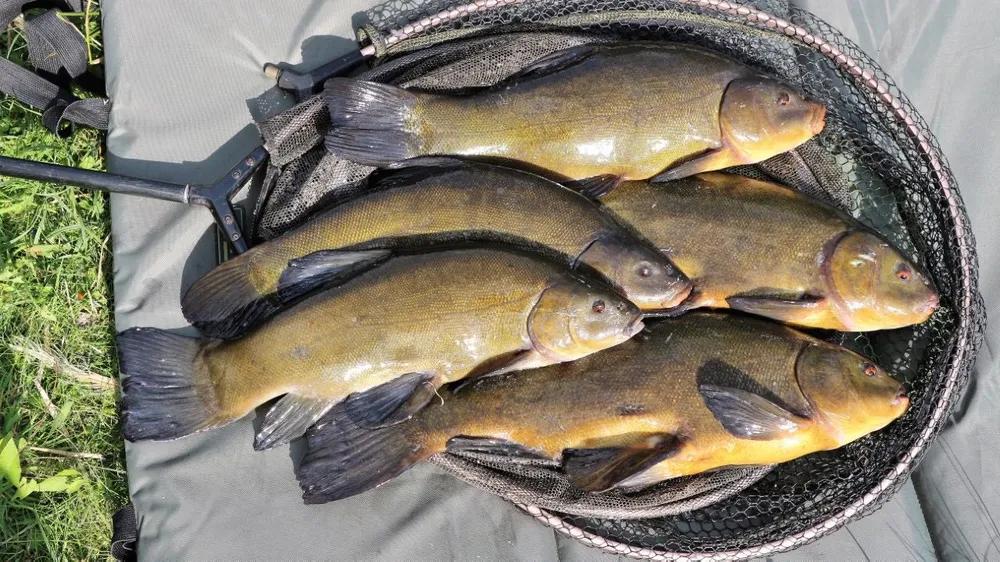 In the end I ended up with five tench, with two more coming adrift. These fish fight like crazy on tackle that’s strong enough to tame carp into double figures, which is amazing really. I also caught quite a few rudd, including some slightly better-quality ones, but didn’t bother putting them in my keepnet. Another nice day on the old brick pit as it’s known. 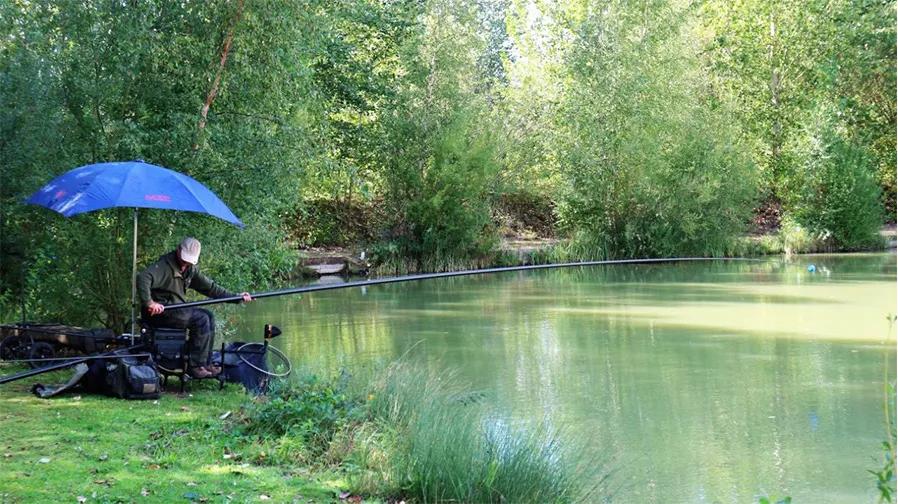 My good friend, Andrew Sowerby, came down from Newcastle for a few days fishing with me. I used to work with Andrew at Hardy and Greys. He is better known for his fly-fishing expertise on the River Tyne, where he regularly catches big salmon. While I was living up north I converted Andrew onto the “dark side” as he calls coarse fishing. He loves it equally with his fluff chucking nowadays and has all the gear, including a long pole and decent seat box.

For our first trip I had suggested Lake Two at Priory Fishery. 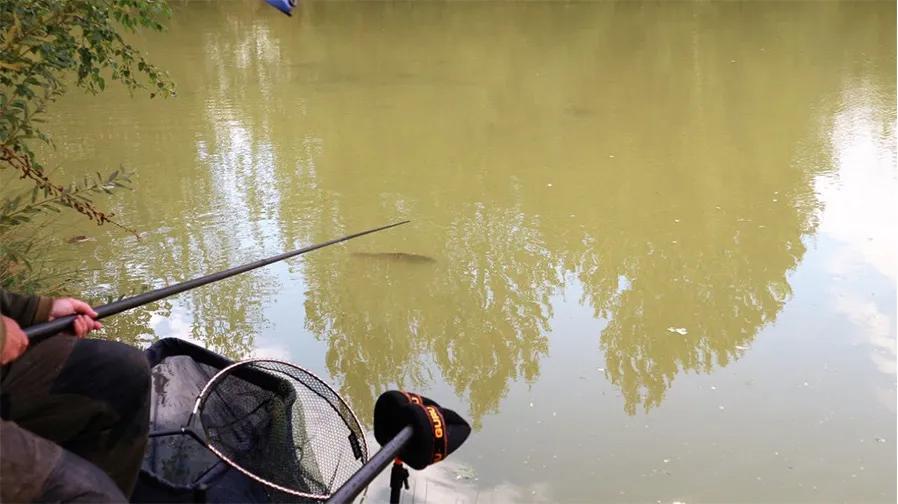 Coarse fishing is a bit sparse in the North East, so I knew Andrew would get a few proper elastic stretchers on this venue to test out his new pole. As usual, a few of the wiser carp where having fun cruising on top, right under his pole tip. After having a quick go for these tricky customers, Andrew went back to his full depth rig and caught some decent bream and carp on pellet baits.

Meanwhile I fished a waggler, catching quite a few silvers, but not the bream I had been hoping for. 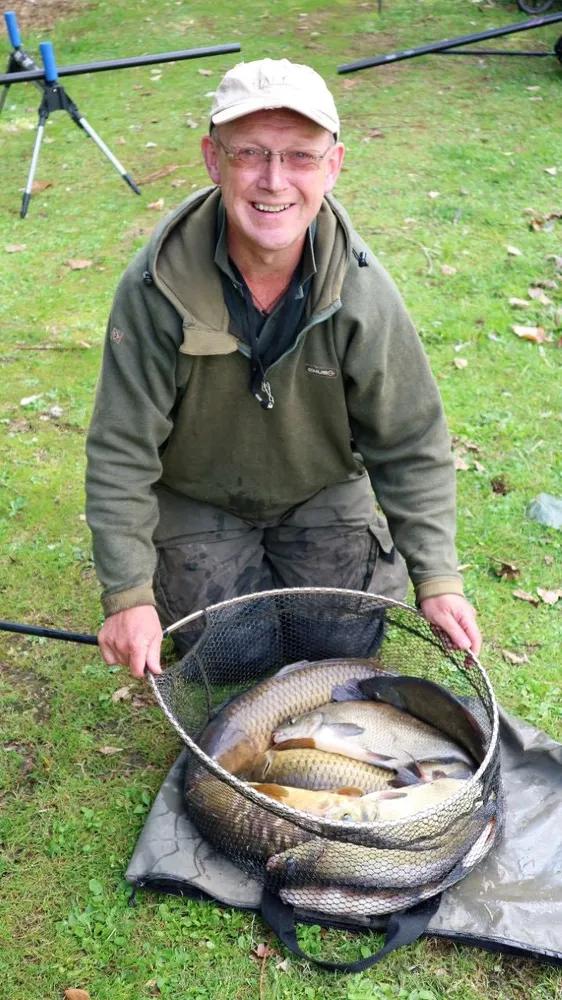 Andrew has obviously learnt a lot in the 18 months since I moved away from his area. Coarse fishing is a lot harder in the North East and he really filled his boots today. We used to fish the deep reservoirs up north for roach, bream and perch mainly, along with the odd trip to a small estate lake. Other than that, there wasn’t much else, so Lincolnshire is a coarse fishing mecca in comparison.

I stuck it out with the waggler, which wasn’t as good as usual on this occasion. I couldn’t get the bream to have a go, although I did catch some decent roach and rudd, along with this lively stray carp. I should have fished the pole but wasn’t that upset because it was good to watch my mate catching so well and obviously enjoying all the action. 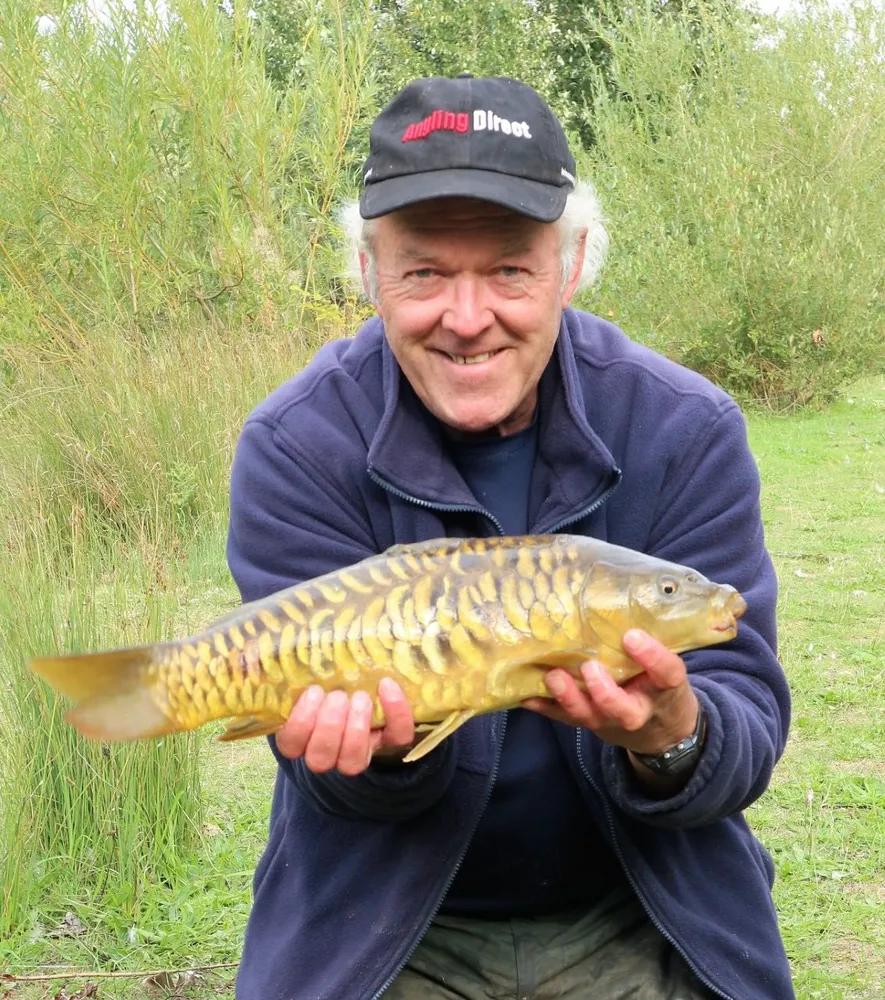 Next day we went to Woodland Waters and set up on the Match Lake, mainly because it was wet and windy and there was some shelter there. I have only fished this lake once before, in the depths of winter and didn’t really know what to expect. To my surprise, Andrew tackled up a long whip, yet another piece of equipment he has added to his armoury since I last fished with him. This should be interesting I thought, while opting for normal pole tactics in my swim, which was heavily overgrown and a bit tricky for running line tackle. 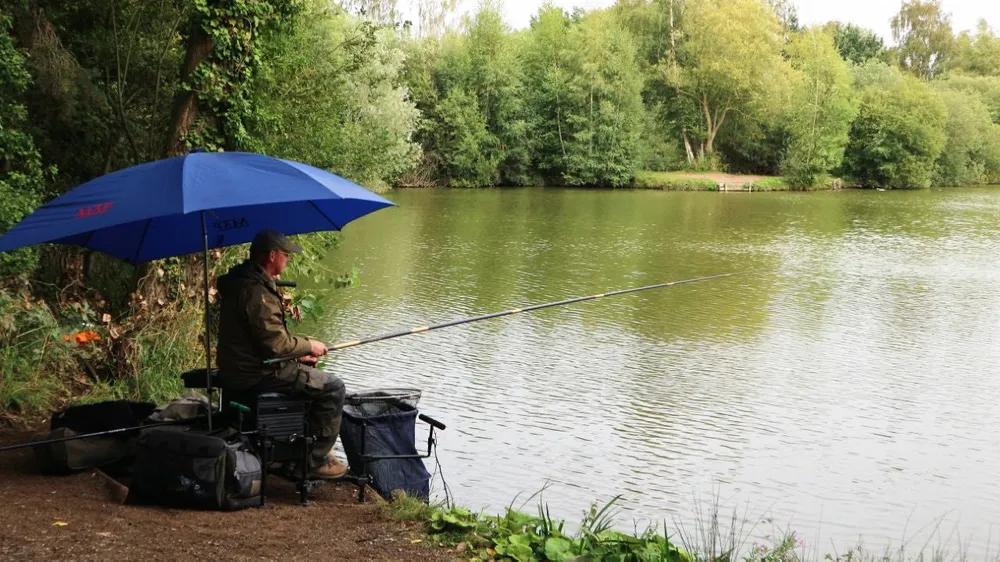 After feeding up my swim I went for a walk to see what Andrew was up to. He was using a very strange, Continental style waggler, lightly locked on the line with a main bulk down towards his hook. His float had a long antenna, brightly painted along its whole length with amazing ribbons of yellow, orange, black and red. I had a quiet chuckle to myself and retreated to my umbrella to get out of the rain. 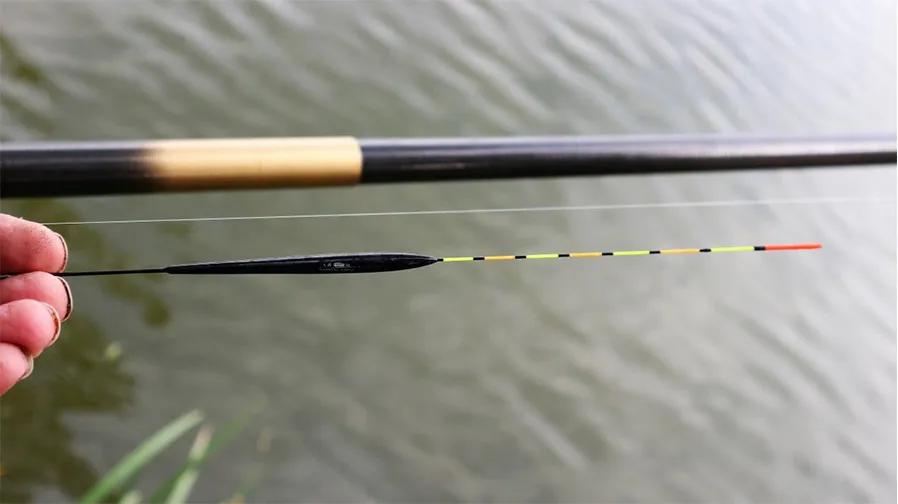 It took ages to get bites in my swim, while I could hear Andrew regularly landing fish and plopping them into his keepnet. Maybe that weird float wasn’t to be laughed at after all! I eventually started to get a few indications on single caster, catching a few skimmers and small roach, but I wasn’t setting the place on fire. Plan B was to start feeding hemp and to try a mid-depth rig. That brought a couple of bonus fish, but it wasn’t until I tried tares, suspended just off bottom, before I started to catch some better-quality roach. 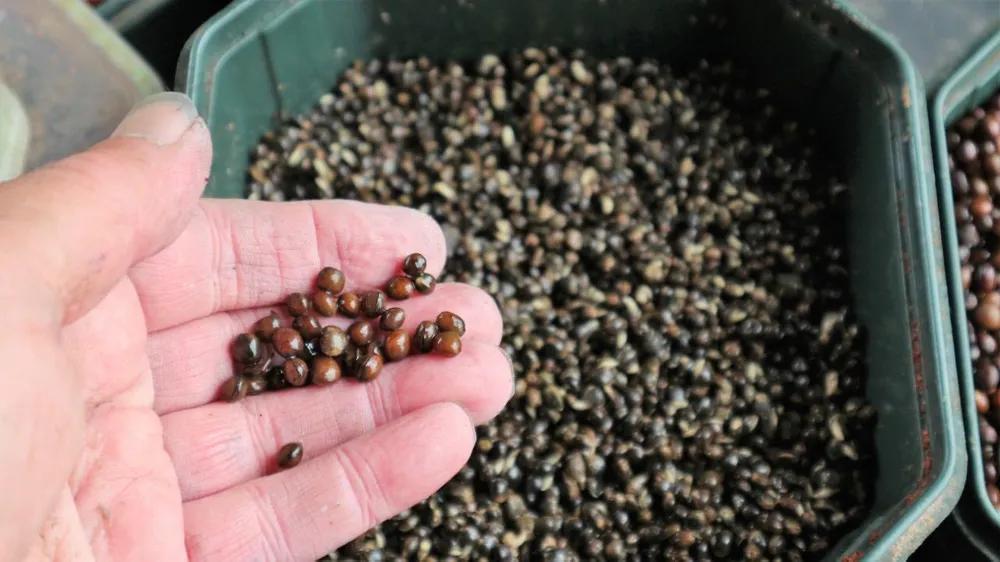 I had a quick look at what Andrew was doing and found he was bagging up on mainly skimmers with his unusual bottom end whip rig. If he cast it out into open water and then drew it back up the ledge slightly, his float buried every time. Fishing never ceases to amaze me!

For the rest of the session I persevered with hemp and tares and although I was catching the odd better sized roach, I couldn’t get them queuing up in the way these baits normally achieve. Still, it was an interesting day, as always, on this complex. 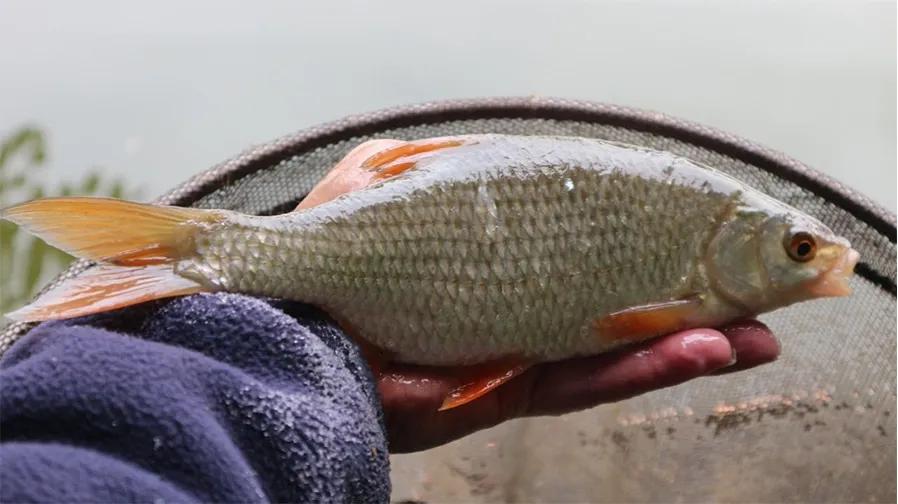 Andrew had enjoyed another busy day, catching this great bag of mainly skimmers, along with a few decent roach. His set up looked all wrong to me, but obviously wasn’t! He told me afterwards that he had perfected his colourful float and whip rig for fishing the deep-water northern reservoirs we used to fish together. I haven’t fished a bottom end waggler rig on a whip for over 40 years. I’m not sure I’m going back to that tactic after all this time, besides, I doubt if I will ever find a float like the one I saw in action today! 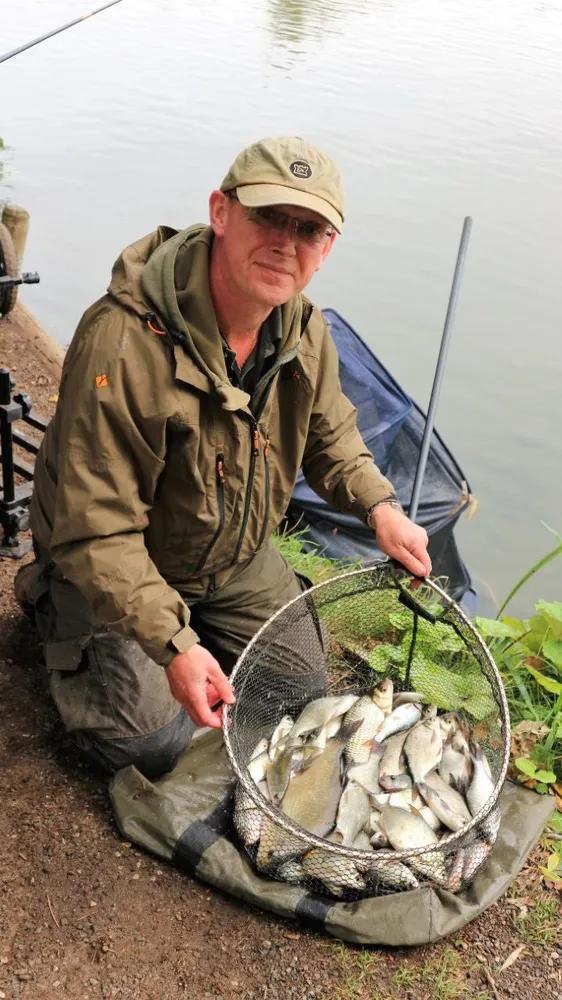