This entry was posted on 19th May, 2017 by Jacob Robinson 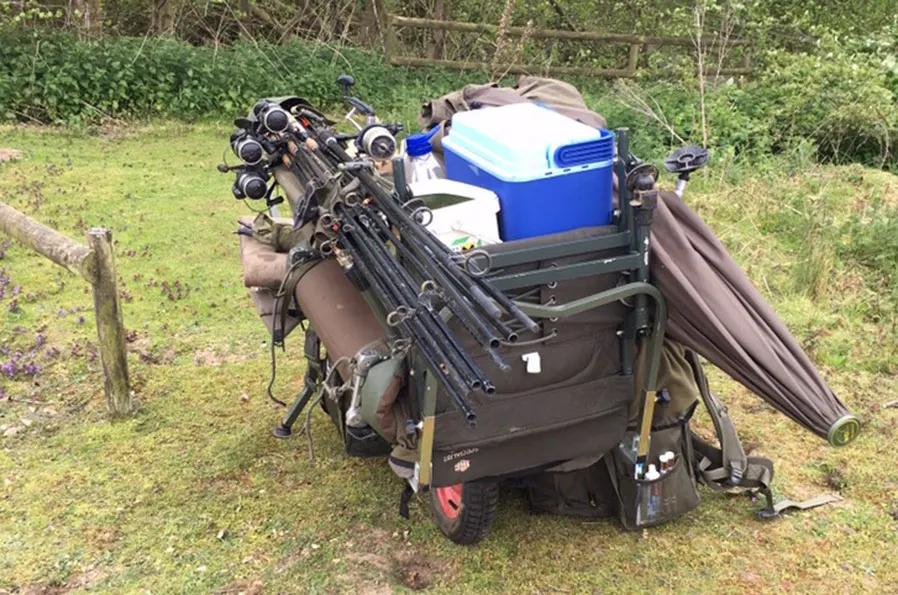 How moody do these tench want to be this year?

I have just got back from a week long session and it was a real struggle trying to find some feeding fish. Looking back on the week, it was quite a rewarding time but there was a lot of moving around required in order to get the rewards which, at the time, did have me wondering if it was worth the effort!

I turned up at the fishery on the Thursday afternoon and found some fish rolling straight away, so I decided to set up for my first night there and then. I wasn’t overly confident, as the week previous had seen overnight frost and some wintery weather return, but I was excited to be fishing with seven full days stretched out in front of me. Despite tench showing for most of the next 24 hours, I never had a touch. I’m not one for sitting around anymore – I used to wait it out with anticipation but now I’m a little more precious with my time and I’m well aware that rolling fish aren’t always going to feed – so I moved onto another lake on the complex. I thought I would give it another 24 hours in this new location, just to see what would happen.

Unfortunately I had the same result as the previous venue, with lots of fish showing but the bobbins resolutely still! I gave it until just after midday, after which I wound in and went for a proper walk around the complex. Once again, I found fish rolling pretty quickly. I was now on my third lake of the complex and getting the same results as the first two. Even when Justin joined me in the neighbouring swim for a social nothing was showing an interest in feeding.

The third morning rolled around with nothing in the net, so off I went again! I won’t lie, I did contemplate packing it in entirely and going back to work – with the thought that I could save my holiday days for a few weeks time when the fish would hopefully have turned. However, on my wander around, I bumped into another angler who said he had had a couple of fish which was encouraging to hear and spurred me on. He was fishing in a really nice part of the fishery as it was out of the awful easterly winds which were plaguing the rest of the venue and on the rare occasions that the sun came out you were right in it! I moved about 100 yards up the bank from where he’d been fishing to try my luck. 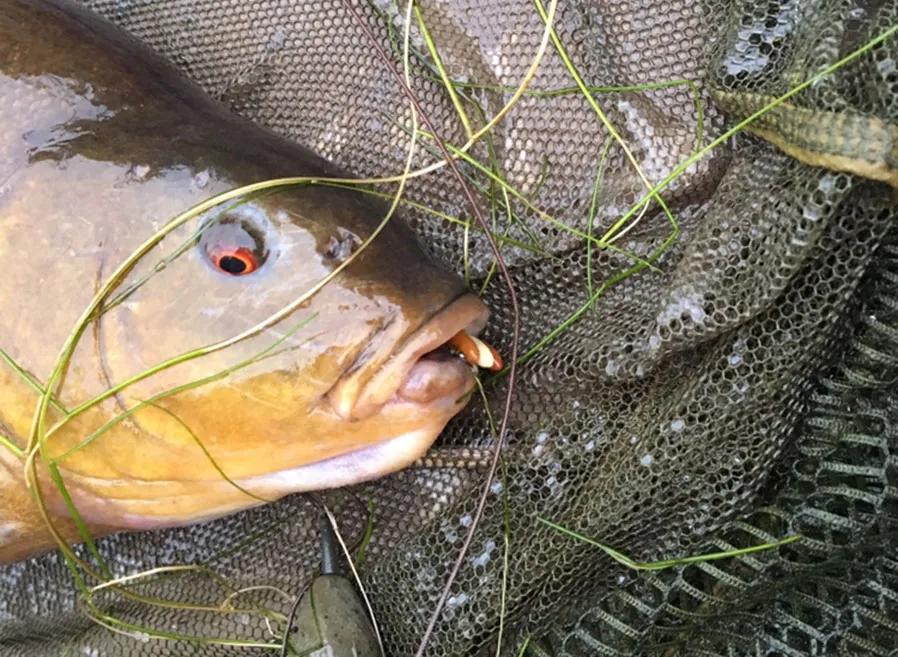 I had a little lead about and discovered there was a bit of weed up to 7ft but, as it dropped off into, 8ft it was clearer. I started off just casting maggot feeders at the spot about 70yrds out, as it was starting to get dark there was a few fish starting to show and I had been getting the indication of fish in the swim. I decided to give the swim a bit of bait, not a lot – considering the cold temperatures – just 4-5 pints of caster, hemp, pellet and maggot! Once the bait was in the swim, I took the opportunity to pop home for a shower and some fresh food.

When I returned it was properly dark, so I cast the rods out for the night with the feeders on for the night. There was no action in the night but I was up at first light to put the kettle on and to recast. This recasting and boiling of the kettle carried on for the next 6 hrs – all the time the fish were occasionally rolling but not biting! It was about 10am by this point and I was knackered after my early start. I thought I’d take the opportunity to get an hour’s kip but, as is often the case, shutting my eyes is like a dinner bell ringing for the fish! I hat just got comfy when my right hand rod was away. A RUN! A lovely male of 6lbs 8oz graced the net and, after a quick picture on the mat, the middle rod shot off before I’d had a chance to return the first fish, bringing in another male of a similar size! Nothing for four days and then two in the space of 10 minutes!

This signaled my fortunes changing and by the end of the day I had managed to land seven fish up to 7lbs 11oz. I also lost a further six, as the weed was thicker than I had thought – although I was relieved to feel the fish biting. After losing so many fish, I put two of the rods onto leads instead, leaving just one rod with the feeder on. At the end of the day, I put another 4-5 pints of bait out ready for the morning. 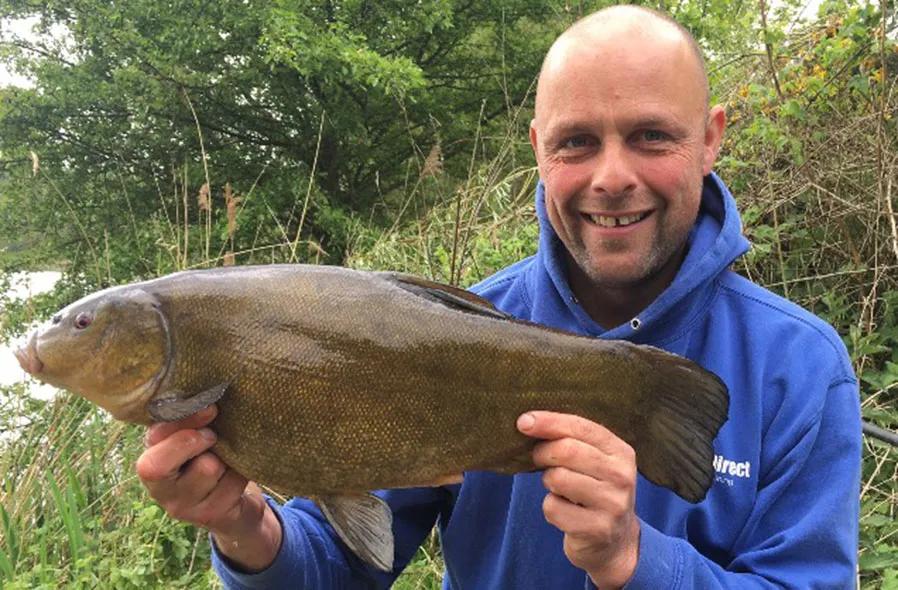 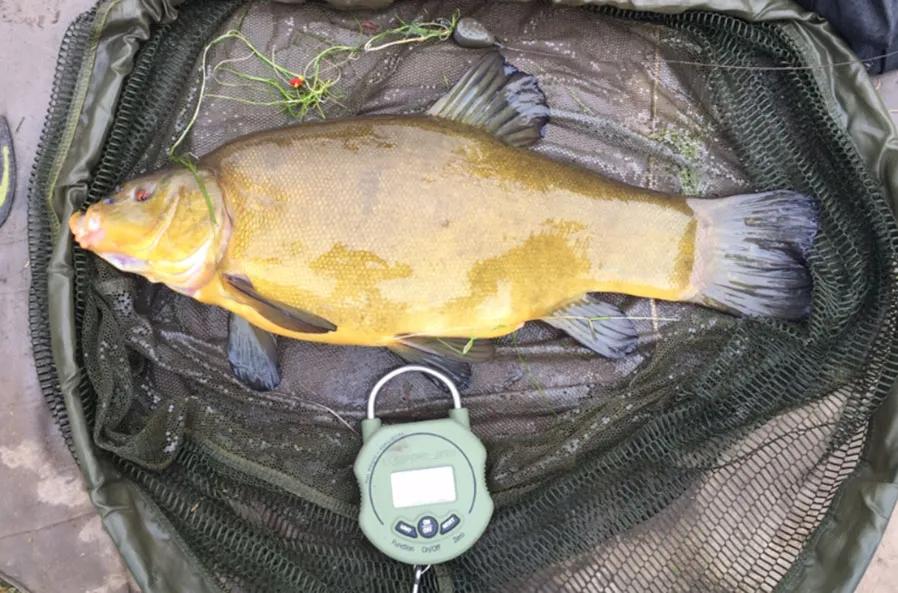 Nothing happened through the night, which is nothing unusual on this lake. The next day was much like the previous; apart from getting my first fish earlier on, I landed seven up to 7lbs 2oz but lost five more. Interestingly, I noticed all but one of the lost fish was on the feeder rod!

As the next day was going to be my last I decided to give it a bit of bait – after all, there was no point in taking it home with me as I knew I wasn’t going to get out for a while. Besides which, there had been the odd carp showing in the swim, so I knew the bait was going to get cleared up rpetty quickly! I was in no hurry to get up in the morning as all my rods ahd leads and bags still on them from the night before. I was knackered and was facing a big weekend ahead of me, too, which added to my reluctance to rise. In fact, nothing happened until 10.30am when, out of the blue, I had a one toner. This gave me a right run around but, once in the net, I thought ‘this one ain’t too shabby’! It was a lovely big female of 8lbs 7oz, and she was big framed, too! About an hour later, the same rod was away again and this turned out to be another good sized female of 8lbs 1oz, so I was well happy!

I did lose another fish whilst packing up but I wasn’t that bothered by then. I have got another week off soon and I’m looking forward to returning – hopefully the fish on the other lakes will be feeding by then! 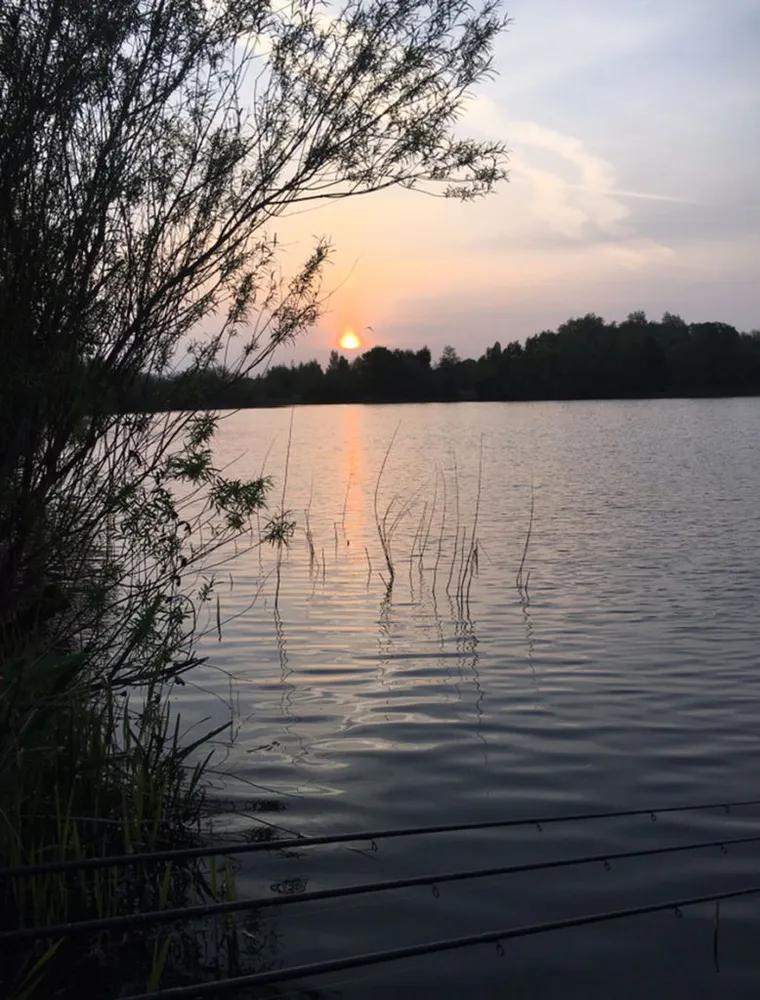