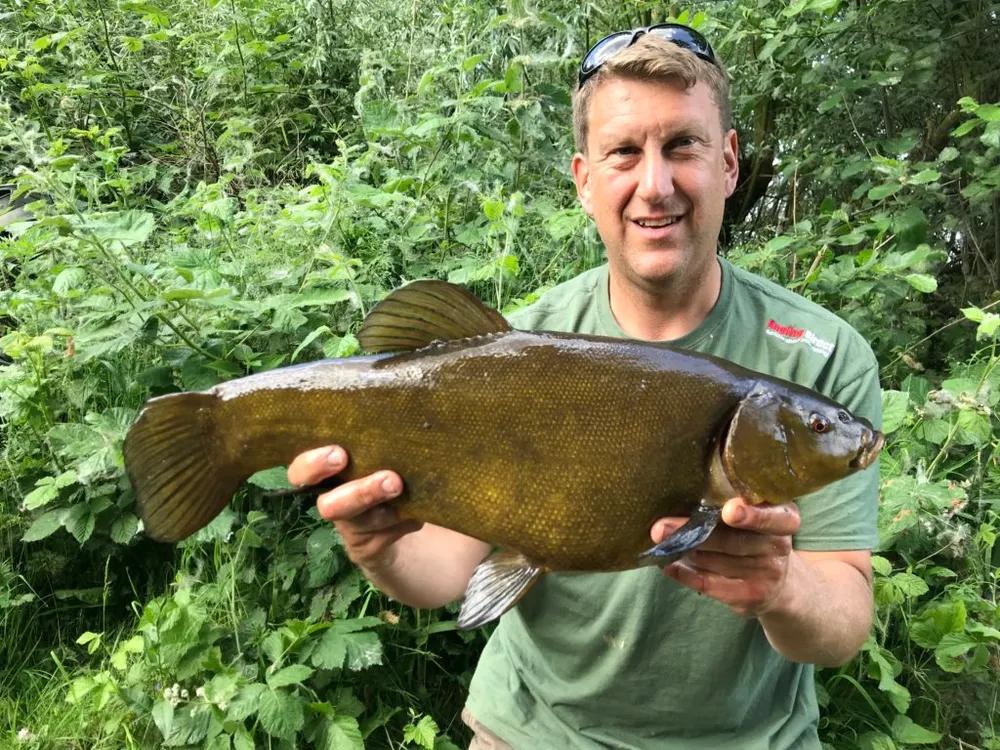 After that amazing session I only had one more weekend left to fish as I was going on holiday with the better half. On arrival down the lakes on the Friday evening I found the complex very busy so after chatting with a couple of mates I went for a swim that I haven’t done very well in, in the past, but with fish coming out to my right then I thought they might come across me at some point. There was a bank of weed out to my right close in ,and it was on top of a bar which ended in the middle of the swim so I put two rods on the top of the spot near the weed and one just down the slope. Again, like in most of my sessions I only put out 2 or 3 spombs of bait out to start with to see if could nick an early bite. I was encouraged by there being one or two fish rolling in the swim as well as having a couple of line bites before dark, so I had my fingers crossed for some early morning action. 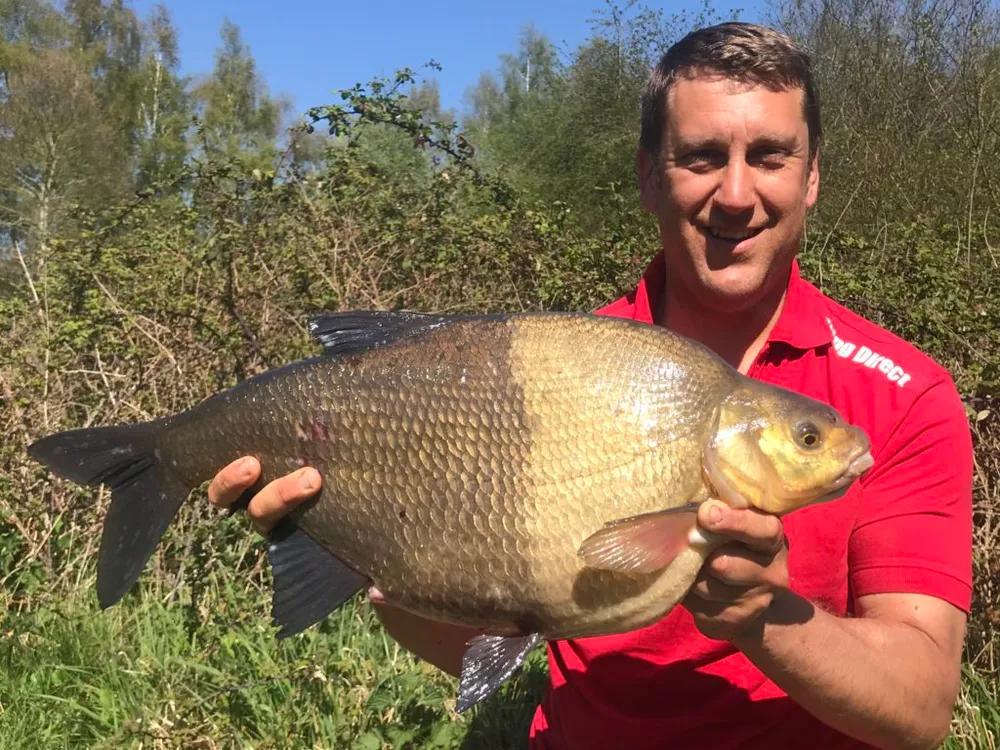 As normal, I was awake at first light and getting fresh baits on the rigs and having a good look about for signs of fish. There were still a few fish showing in front of me which was a good sign and low and behold after about an hour of being out I had a bite and was chuffed to land a good 7lb 12oz tench. Hopefully there were a few more to come.

An hour later I was away again and this one felt a better fish and as she went into the net it looked like a big 8lb+ fish, she went 9lb 1oz on the scales, which was a right result. I put a bit more bait in after that and with the weather closing in again, I sat back and waited to see what was going to unfold.

The weather man had got it right for a change, but with gale force south-westerly winds and heavy showers it didn’t make for good fishing weather that day, it wasn’t until it stopped raining that I had another bite, a smaller tench was landed but hopefully it would be the start of a run of bites. Much to my disappointment, it wasn’t!

It wasn’t until the next morning that I got some more action when at ten to six I had a run and I hooked into what felt like a good fish but as it was coming in it picked up the middle rod and as I was trying to get it free it got caught on something on the bottom. At first I thought it was just weed but after a couple of seconds and a little bit more teddy, there was no movement at all. The fish had got rid of the hook into whatever it was on the bottom. I was a bit gutted as it might be the last chance of a tench this spring.

I cast out fresh baits on all the rods and waited and hoping for another chance. The morning came and went without action but then out of the blue as I was talking to Tony in the swim the middle rod was away and again it felt half decent. Tony gave me a hand with landing the fish as again it picked up another rod but this time it safely went into the net. This one was going to be the last fish of the spring as Tony was going to do some swim rebuilding, and with the tench going 9lb 3oz I was over the moon with another 9lb+ fish in my limited time this spring. After that I started to pack things away and after that gave Tony and Darryn a hand with the swim maintenance.

In the end I would have been happy with my spring efforts with just one double but then to top it off with a monster PB, it made it a very special, a spring to remember. It gets more difficult every year to catch a personal best, but with the bream PB going up by a few ounces as well it makes it even more memorable.

I’m now off on holiday in Jamaica for a couple of weeks and the fishing gear is going in the suit case – obviously. There might be the odd picture coming up from that, but going forward I need to be 100% sure what I’m going to target over the summer months with maybe bass or smoothound being a target if the weather conditions keep ok, or it might be on the river for roach or even a trip to the Trent for the barbel. Whatever it is I’m really looking forward to getting my teeth into something as soon as I get back, so until then tight lines and enjoy your fishing.
Search
Categories
To top