This entry was posted on 26th April, 2018 by Jacob Robinson Stand Out Performance From SonuBaits

When you're creating bait for modern anglers and modern venues, you need to be at the front of the pack, and the forefront of innovation – which is exactly where SonuBaitshave positioned themselves.

With a network of expert anglers working as consultants to the brand, SonuBaits are a statement brand, making a dynamic, lasting name for themselves with a range of versatile baits that will bring you success in any situation.

We'll take a look at just a small selection of SonuBaits' possibilities... A good all-round groundbait that can be used dry in cage and open end feeders, or soaked in two pints of water for 45 minutes, and added to method feeders, this blend of meats, spices, fishmeal and pellets creates a uniquely potent flavour that's irresistible to species such as barbel, bream, tench, and barbel.

A nice, meaty smell that gets ten out of ten from our customers, this mix works well on any venue. 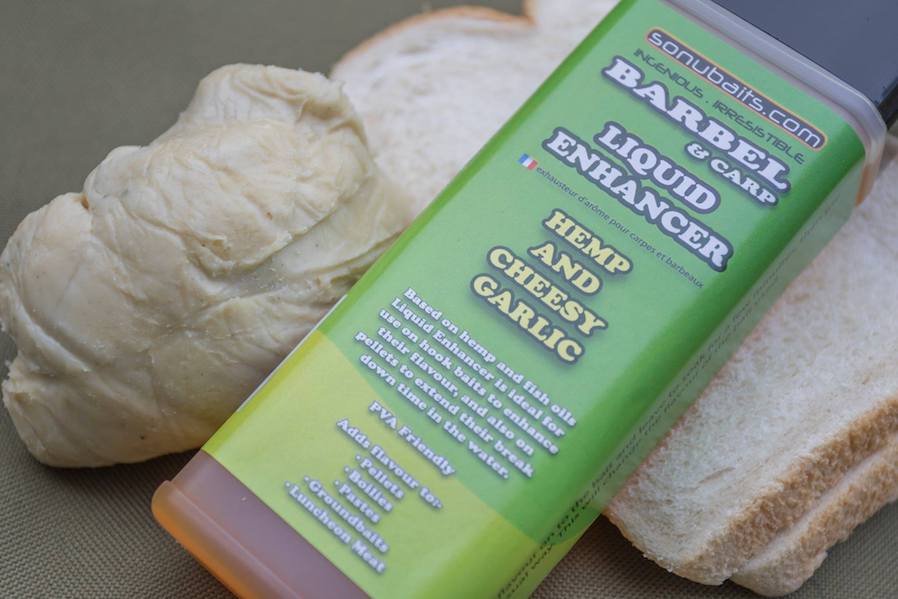 Made from natural hemp and oils, this is a high-attraction flavour that's perfect for adding to boilies, pellets, and groundbaits, and can also be poured over loaded method feeders.

PVA friendly, this liquid lessens the absorption of hard pellets, giving you the flexibility of leaving hard pellet hookbait in the water for longer, which lets the fish get comfortable around it, promoting confident feeding. Designed to stick to your hookbait like glue, giving you complex, long-lasting attraction, this Lava stays on the lake bed until it's disturbed by determined fish activity, when it releases attraction that draws other fish into the swim. Available in a range of 10 flavours, there's something for everyone from SonuBaits Lava.

With several anglers catching their first time out with Lava, it's considered a good, dynamic flavour, that works well with a variety of techniques.

Increasingly, bait companies are all moving over to creating flavour additives. So; what's the point of them? Why bother adding flavour to bait, when you could just invest in some pungent garlic sausage, or spicy pineapple, giving completely natural attraction, often more affordable than commercial baits from dedicated angling brands.

The answer is connected to the rising number of angling brands coming to the market; with more anglers heading out to venues across the country, fish are becoming wary of more traditional baits. Liquid flavours, which can be easily added to anything, allow you to create a unique attraction pattern, mixing flavours with your reliable, traditional baits to create something fish have never encountered before.

Where commercial fisheries provide pellets, it's almost guaranteed that the bigger fish on the venue will be well clued-up to what that bait means; after all, while venues want anglers to know that they've got a big fish in their stocks, they don't want their prize draw to be able to be pulled out by just anyone! Adding a liquid to these pellets creates an engaging new attraction, that might just land you a very special fish indeed.

Head over to the Angling Direct website and have a look at the range of SonuBaits available.